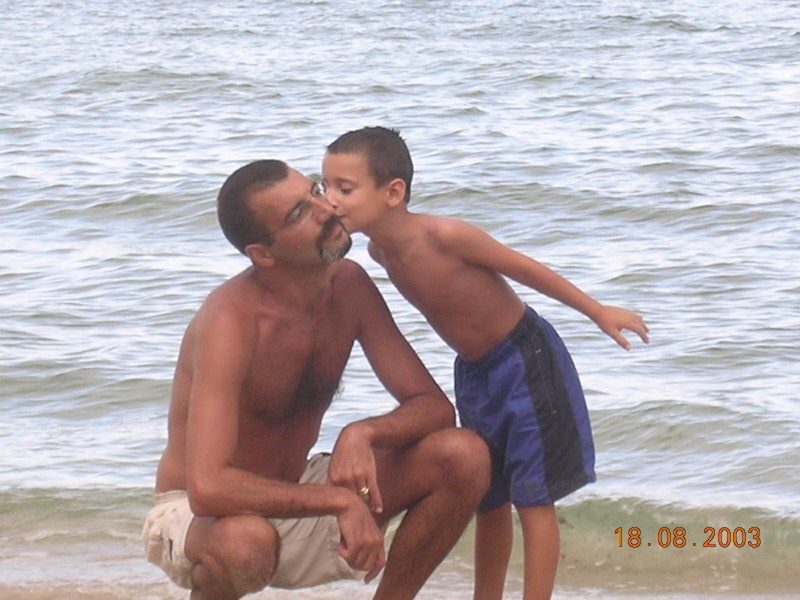 Nine years after French police discovered the bodies of his wife and four children buried under the family's back porch, Xavier Dupont de Ligonnès' whereabouts remain unknown. He is believed to have last been seen in the south of France, where CCTV cameras captured him near a budget hotel where his car was abandoned in April 2011. But as recounted in Netflix's Unsolved Mysteries reboot, there have been several theories about what happened to the family patriarch, who remains the prime suspect in his family's murders. (According to Elle France, De Ligonnés' sister has maintained that he is innocent.)

As reported by The Sun, police believe de Ligonnès may have undergone plastic surgery to assume a new identity and begin a new life in Scotland. Others have speculated that he died by suicide in the days following the killings, while prosecutors have reportedly never ruled out that his extended family members have been hiding him in their French country homes. Authorities also searched underground caves and abandoned potassium mines in the area of his last sighting.

In October 2019, police believed they'd finally located de Ligonnès after witnesses reported seeing a man resembling him near a French monastery, per the BBC. Scottish police arrested a man believed to be de Ligonnès as he arrived at Glasgow Airport from Paris, but further identity checks confirmed the man was not, in fact, the suspected fugitive.

All these years later, investigators remain convinced of one thing: that de Ligonnès was responsible for murdering his wife Agnès, 48; his children, Arthur, 21, Thomas, 18, Anne, 16, and Benoît, 13; and their two dogs in what's been dubbed the "Nantes slaughter." According to the BBC, French prosecutors have claimed he killed his family in a "methodical execution," firing two bullets from a silenced weapon at close range into their heads. Evidence recovered later showed that he'd inherited a gun that was the same model as the murder weapon shortly before the crimes occurred.

Although de Ligonnès has never been found, perhaps renewed interest brought about by Unsolved Mysteries will yield some new clues about his whereabouts.