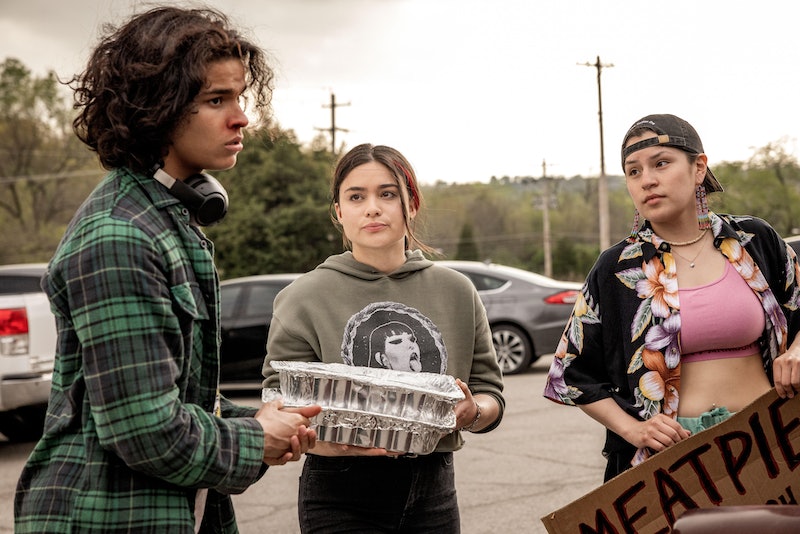 You haven’t seen the last of Bear and his crew. Ahead of the Season 2 finale, on Sept. 22, FX and Hulu announced that Reservation Dogs Season 3 is in the works. “Reservation Dogs continues its remarkable run with critics, fans, and awards all recognizing the singular brilliance of the series created by Sterlin Harjo and Taika Waititi,” said Nick Grad, president of FX original programming. “FX is proud to join with our partners at Hulu to order a third season featuring the amazing cast and all of the artists who deliver one of the most original, engaging and funny shows on television.”

The dramedy follows the exploits of the Rez Dogs: Bear (D’Pharaoh Woon-A-Tai), Elora (Devery Jacobs), Willie Jack (Paulina Alexis), and Cheese (Lane Factor), four Indigenous teens in rural Oklahoma. When we first met them, they were reeling from the death of their friend Daniel and scheming for ways to move out to California — often landing on criminal exploits. But their endeavors went sideways, and Season 2 opened with the group fractured and the teens barely communicating. Near the end of the season, they read a letter from Daniel and reaffirm that while they may drift apart, they need to do something together in his memory.

“I couldn't be more proud of this show that I created with my friend Taika Waititi,” said Harjo said after the show’s renewal. “It was born out of a conversation in Taika's kitchen, and has now made its way into the lives of people across the world. The love for Season 2 has been outstanding.”

In an August 2022 press event, Waititi praised the show for its representation. “I think portraying Indigenous communities in this way is very new,” he said. “What we tend to get portrayed as is someone running their hands through the wheat grass and getting their answers from the wind. I’ve never done that. I don’t know any ghosts, and I don’t talk to trees.”

The show has a rare 99% critics rating on Rotten Tomatoes, and FX sounds keen to keep the show on air for as long as possible. Here’s everything else we know so far about Season 3.

The last two seasons premiered in August, so if the pattern holds, we can expect an August 2023 debut for Season 3.

We don’t yet know what Season 3 will be about, but during FX’s Summer 2022 TCA presentation, Harjo hinted that his goal each season is to do something new. “I think the bad version of a Season 2 is if everyone’s back together, and it’s, like, ‘OK, let’s redo Season 1 again,’ you know? And I didn’t want that,” he said ahead of the Season 2 debut. “I felt they needed to be in a different place, individually, mentally, and even physically.”

“I needed something stylistically to feel different,” he added.

It’s possible that Season 3 will revolve around Willie Jack and Bear graduating from high school while each of them continues to mend their relationships with each other. We’ll also likely see Elora and Jackie’s relationship evolve and, of course, see all of them continue to come to terms with Daniel’s death.

This article will be updated as more information on Reservation Dogs Season 3 becomes available.