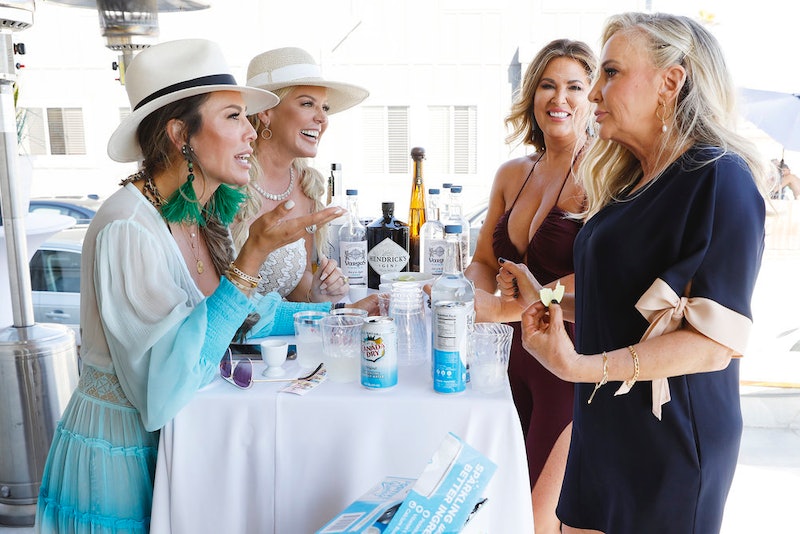 There could be some big cast changes in Real Housewives of Orange County Season 16. Though the show hasn't officially been renewed, Kelly Dodd has already said that she won't return if Braunwyn Windham-Burke remains on the show. "I know I cannot film with Braunwyn," she said in an Instagram Live, according to Page Six. "There's just no way; and if she comes back then I’m out."

As CheatSheet noted, there are also rumors that Kelly will be fired because of the insensitive comments she made about the pandemic (she called it "God's way of thinning the herd") and for the hat she wore that mocked the Black Lives Matter movement (it said "Drunk Wives Matter"). She's since apologized for both incidents, but some fans are ready to see her go. When someone asked about the firing rumors on Instagram, Kelly reportedly responded, "That rumor is every single year… it could be true..."

As for new additions to the cast, it's possible that Tamra Judge will come back. She told Access Hollywood that she misses being on the show and would return if "given the perfect cast." What's Tamra's perfect cast? For one, she wants Shannon Beador to be "demoted to a friend" instead of a full-time cast member. That would possibly appease the fans who have been calling for Shannon's removal from the show, as many have grown tired of watching her.

Tamra also wants RHOC to get rid of Emily Simpson. "I never felt she fit into the crowd," Tamra said, adding that she thinks Emily is "boring." In an Instagram Live, Tamra also said that she doesn't think newbie Elizabeth Vargas will be brought back for another season, but that Braunwyn is probably there to stay.

Another former cast member who could return for Season 16 is Vicki Gunvalson, who recently posted her dream RHOC cast on Instagram. It included herself, Tamra, Braunwyn, and Kelly. Vicki suggested that the show bring in two new players and also demote Shannon to a friend (there seems to be a theme here...).

No matter who is or isn't in the Season 16 cast, Tamra suggested in her IG Live that we all be prepared for "a big shakeup."