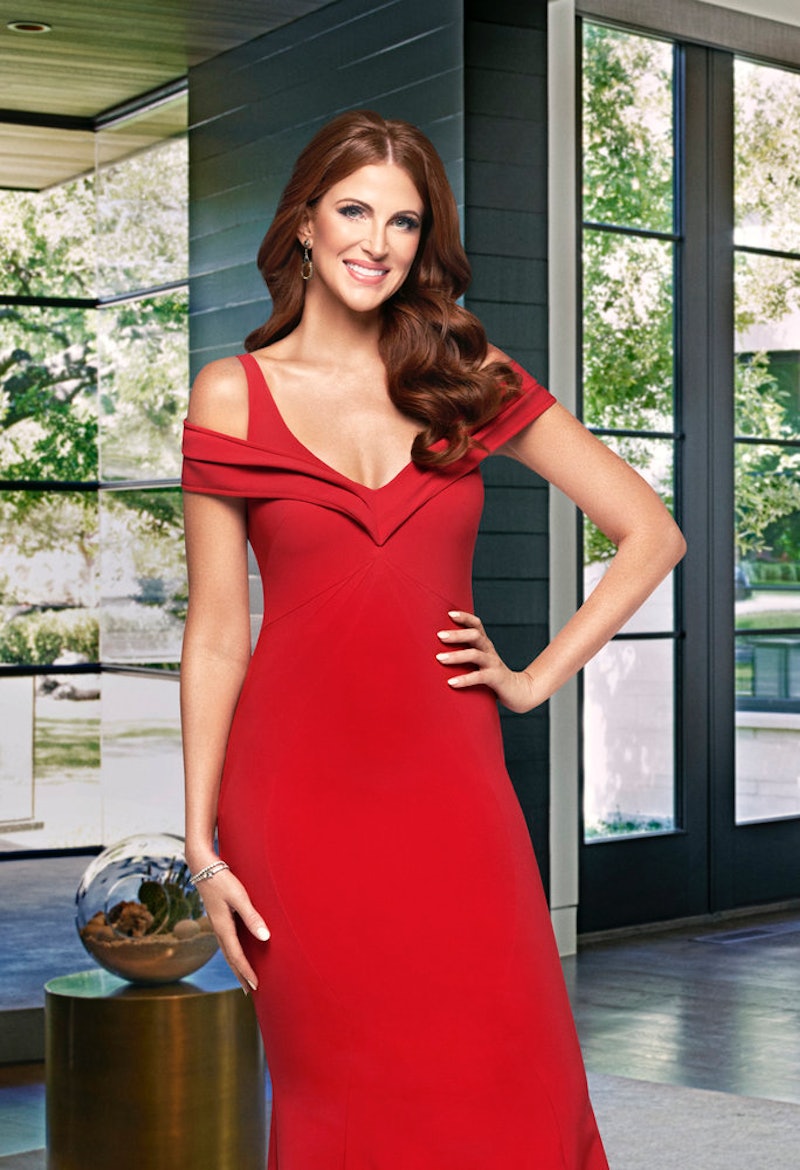 Throughout Season 5 of The Real Housewives of Dallas, Jennifer Davis Long will appear as a friend of the main cast. As a sixth generation Texan, the self-described "runway model turned mom and realtor" and "ardent advocate of the underdog" has deep roots in the Lone Star state. And she's already stirred up some drama offscreen. Bravo fan sites claim that Jennifer was originally cast as a full-time housewife but was demoted to "friend" when her estranged husband, David Long, reportedly stopped filming mid-season.

In screenshots posted online, her brother-in-law, Patrick, claimed that the reason David stopped participating in RHOD is that Jennifer allegedly threatened his life. "Good thing this conversation is on film," she responded in a comment, which was also captured in a screenshot. "A cocaine addict trying to lie about why he does cocaine. I did say that doing cocaine is like killing yourself: and he needs to go to rehab. Keep lying Patrick. You come by it honestly!!!!" (Bravo declined to comment.)

Before all the drama likely plays out onscreen, get to know more about Jennifer below.

Jennifer has been married to David Long, who is also a real estate agent, for seven years. Together, they're parents to 3-year-old daughter Davis "Vivi" RoseMary. Despite divorce rumors, Jennifer defended her marriage to David on Instagram as recently as June, when she described them as having a "Camelot life" before tragedy struck. "Many of you don’t know our story, but will soon," she captioned a throwback wedding photo. "We weathered the storm, we fought for our daughter, we fought for us, and we fought for love. The water was rocky, but we didn’t jump ship. Loving and losing are such similar words, and sometimes it’s hard to have one without some form of the other."

Though Jennifer's recent Instagram posts are primarily of her and her daughter, the RHOD newbie's feed has often included pictures of the rest of her family as well as professional-looking photo shoots.

According to Jennifer's bio on Bill Griffin Real Estate's website, her family was involved in real estate development, construction, and interior design, making residential sales a natural fit for the native Texan. The company says she has a gift for "matchmaking" buyers with their perfect home and is "equally tenacious representing clients with their buying and selling needs." She is also credited as being on D Magazine's Best Real Estate Agents in Dallas lists in 2016 and 2017.