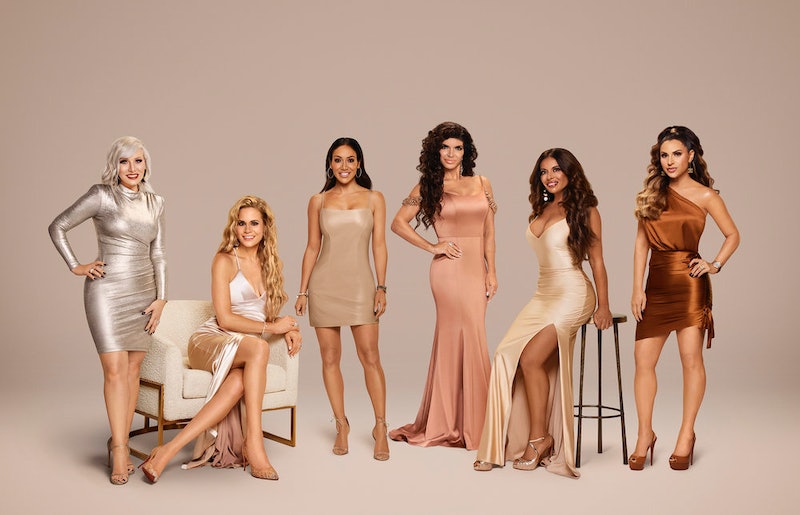 Though Bravo has yet to officially renew The Real Housewives of New Jersey for Season 12, the announcement is just a matter of time. It’s highly unlikely that the network would suddenly cancel the long-running franchise — even despite the fact that various cast members have come under fire for what some fans believe to be fake storylines in Season 11.

For example, Page Six reported via a source in February that Teresa Giudice invented a false rumor that costar Jackie Goldschneider’s husband Evan had cheated on her in order to “stay relevant” on the show. (Teresa’s lawyer shut that idea down in a statement to the outlet, saying “When you are as real and authentic as Teresa has been, you don’t need to pull stunts or manufacture story to be relevant and that is ridiculous for anyone to suggest otherwise.”) Teresa’s sister-in-law Melissa Gorga faced similar criticism regarding her marital issues with husband Joe Gorga, but she insisted to Entertainment Tonight in March that her Season 11 storylines were real. “Bravo's not down with that. You start doing any of that, you're gone. They are not down with that,” she said.

Now, the women will hash out their drama on the RHONJ reunion — and potentially the accusations that emerged off-screen, too. In the meantime, here’s what we know about Season 12.

The first seven seasons of RHONJ all debuted in the spring or summer, but Bravo switched it up beginning with Season 8, shifting to fall premiere dates up until Season 11. That was, of course, due to the coronavirus pandemic, which pushed Season 11’s premiere to February. It’s currently unclear if the network will shift back to a late fall premiere date for Season 12, but it seems safe to say it will arrive sometime around November 2021.

Though cast members often reveal whether or not they’re returning to the show pretty far in advance, Bravo doesn’t officially announce the cast until about a month ahead of the new season’s premiere. In addition to Teresa, Melissa, and Jackie, other Season 11 cast members who could return include Dolores Catania, Margaret Josephs, and Jennifer Aydin.

One woman who’s already said she won’t return for Season 12 is Michelle Pais, who made guest appearances in a friend role throughout the season. On April 19, the AllAboutTRH website posted screenshots of a fan Q&A in Michelle’s Instagram Stories in which she wrote that she “didn’t enjoy filming” and the experience wasn’t what she expected. She added that there was “too much drama” and that she had a “hard time relating.”

It’s also possible that there could be a cast shakeup in Season 12. Bravo casting producer Heather Mundy has posted a casting call three times since February that appears to be for new RHONJ cast members. “Are you living the fabulous life in New Jersey? We’re looking for FUN women with BIG dynamic personalities that are made for TV! Whether you’re a badass boss lady or an outspoken housewife — if this sounds like you or someone you know — apply today!” the announcement reads.

Bravo typically drops trailers or first looks about a month prior to each new season’s premiere. A Season 12 trailer has not yet been released, but this post will be updated as more details become available.

More like this
What Jen Shah's Delayed Sentencing Could Mean For The 'RHOSLC' Season 3 Reunion
By Brad Witter and Jake Viswanath
What To Know About Simon Guobadia’s 3 Ex-Wives & Children
By Brad Witter
Prince Harry Discusses The “Planting Of Stories” In Tell-All Netflix Documentary
By Jake Viswanath and El Hunt
Yes, That Is Victoria & Another ‘BiP’ Alum In Zach’s ‘Bachelor’ Trailer
By Kadin Burnett and Grace Wehniainen
Get Even More From Bustle — Sign Up For The Newsletter