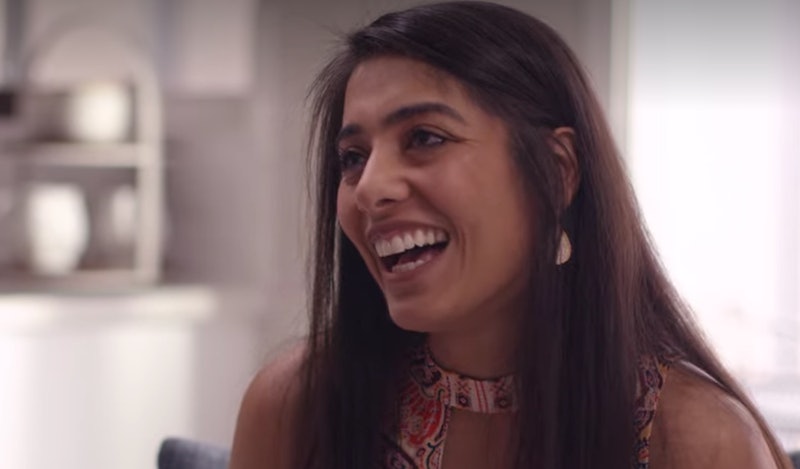 Fans were left on a cliffhanger when Indian Matchmaking introduced Richa and then abruptly ended without letting viewers know if Sima Taparia was able to find a match for her. It is possible that her story will be continued if the show gets picked up for a second season, which was series creator Smriti Mundhra's intention with the unfinished ending. "That's our little wink to Netflix to give us another season, please," Mundhra told OprahMag.com. "This is an ongoing cycle of life for our community and for Sima, specifically. She's going to continue doing this work, on camera and off. The story continues ... I truly hope that we're lucky enough to get a second season."

Indian Matchmaking hasn't yet been renewed, but it did become quite a buzzy series following in the footsteps of Netflix's other dating shows like Love Is Blind and Dating Around, which bodes well for its future. And one of the cast members who had lots of people talking was Richa. At the end of Episode 8, she sat down with Sima to talk about the kinds of men she was interested in. She said she was hoping to find someone who was able to communicate well with her family, liked working out, was passionate about his career, was taller than her, and was "not too dark, you know? Like fair-skinned."

Many viewers called Richa out for this blatant display of colorism, while others like Vulture's Mallika Rao pointed out that the show is simply yet brutally "telling it like it is." Mundhra falls into the second camp, explaining to Decider that she was happy to be able to show some of the realities of the matchmaking process. "One thing that I credit everyone — from our cast to our amazing showrunner, J.C. Begley, the rest of our producing team, and also Netflix — is that they were not trying to shy away from any uncomfortable conversations," Mundhra said. "If [the cast members] bring things up, if they talk about certain things … we're not going to go out of our way to hide anything." She added, "My hope is that it will spark a lot of conversations that all of us need to be having in the South Asian community with our families — that it'll be a jumping off point for reflections about the things that we prioritize, and the things that we internalize."

Mundhra wants to continue having those kinds of conversations on screen as well. "I suspect there are going to be people who will reach out to us for Season 2, who want to be on the show specifically to bring up issues — whether it's patriarchy, colorism, or religious diversity," Mundhra said to OprahMag.com. And she's ready to make that happen in a second season, if Netflix wants it.

More like this
'Love Is Blind: After The Altar' Season 3 Has A Release Date & It's Very Soon
By Grace Wehniainen
Love Is Blind’s Natalie Claims Shayne Signed Up For 'Perfect Match' While They Were “Still Together”
By Brad Witter
'Bling Empire: New York' Star Nam Laks Is The “Blair Waldorf Of Thailand”
By Alyssa Lapid
Blake Abbie Was In A 'Boys Over Flowers' Reboot Before 'Bling Empire: New York'
By Alyssa Lapid
Get Even More From Bustle — Sign Up For The Newsletter
From hair trends to relationship advice, our daily newsletter has everything you need to sound like a person who’s on TikTok, even if you aren’t.