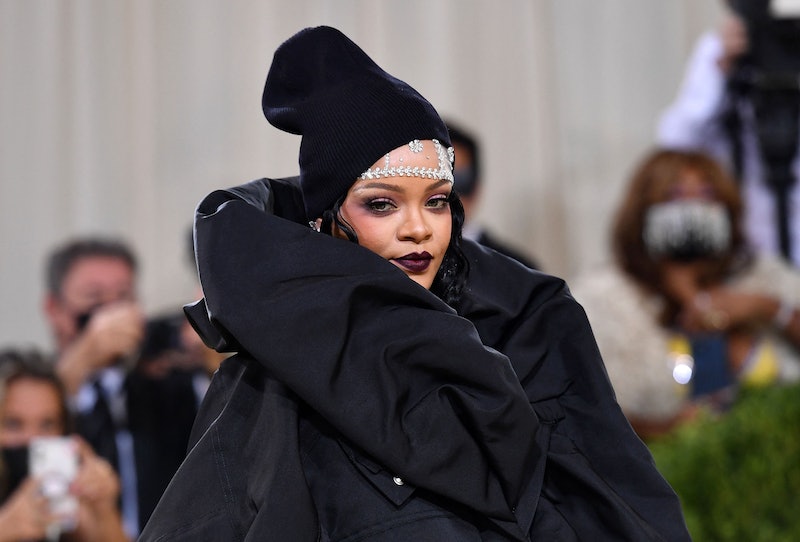 Rihanna has always been a hero to many, but now, she’s been named one in her home country. Barbados officially declared Rihanna a National Hero on Nov. 29, the same day that the country officially cut ties from Queen Elizabeth II. Basically, Rihanna is the new queen of Barbados — without the official title.

At the Pride of Nationhood ceremony, Barbados formally cut political and ceremonial ties from the United Kingdom, officially making the Caribbean country a republic and removing Queen Elizabeth II from her position as head of state. Barbados already declared independence from the UK in 1966, but Queen Elizabeth II had remained head of state until now. Rihanna also attended the ceremony, where Prime Minister Mia Mottley bestowed the title of National Hero upon her.

“On behalf of a grateful nation, but an even prouder people, we therefore present to you the designee for national hero of Barbados, Ambassador Robyn Rihanna Fenty,” she told the crowd, according to CNN, before addressing the singer herself. “May you continue to shine like a diamond and bring honor to your nation by your works, by your actions,” she concluded, a clear nod to Riri’s 2012 number one single “Diamonds.” She is the 11th person in total to be declared a national hero of Barbados, and only the second woman to receive such honor. Now, she can add the title of The Right Honourable before her name in her home country.

Born in Saint Michael and raised in Barbados’ capital of Bridgetown, Rihanna’s cultural and political ties to her home country run deep. In 2018, the billionaire singer-entrepreneur had been appointed as an ambassador for Barbados, giving her a “specific responsibility for promoting education, tourism and investment for the island,” according to the Barbados Government Information Office. “I couldn’t be more proud to take on such a prestigious title in my home country,” she said at the time. “Every Barbadian is going to have to play their role in this current effort, and I’m ready and excited to take on the responsibility.”

In 2008, when she was still regularly releasing music, she also did promotional work for the country’s tourism industry, according to CNN. Maybe her new honorary title will finally give her sone inspiration to release new music again?

More like this
Prince Harry Incorrectly Recites Christina Aguilera’s “Genie In A Bottle” Lyrics
By Jake Viswanath
Rihanna Tells Us To Shush About New Music In Super Bowl Halftime Show Trailer
By Jake Viswanath
Rihanna Shares Video Of 'Black Panther 2' Filmmakers' First Reaction To “Lift Me Up”
By Radhika Menon
Here’s Why Tyler Perry Helped Prince Harry & Meghan Markle When They Moved
By Marina Watts
Get Even More From Bustle — Sign Up For The Newsletter
From hair trends to relationship advice, our daily newsletter has everything you need to sound like a person who’s on TikTok, even if you aren’t.