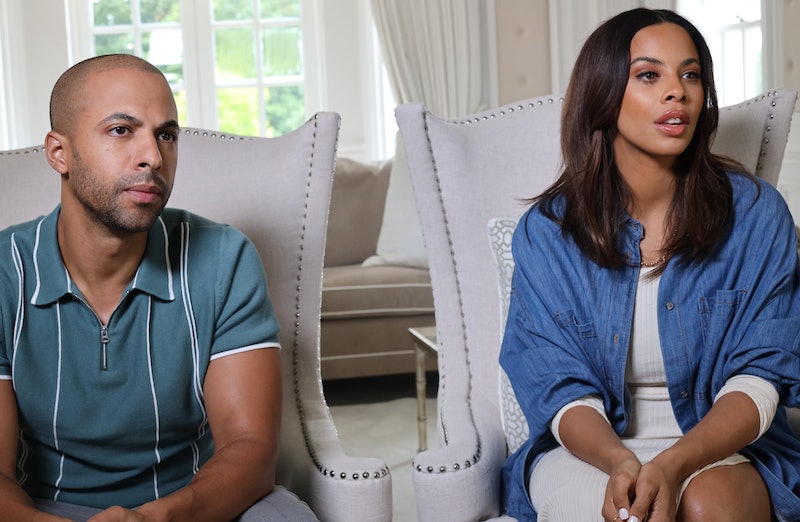 Racism and the divested impacts it has on the lives of Black people across the world is becoming more mainstream than it ever has been, thanks to the Black Lives Matter movement. And now one famous face is speaking about the real effect racism had on her life. This Morning presenter, Rochelle Humes broke down in tears when recalling her own experience of racial abuse in the new Channel 4 programme The Talk.

In the emotional clip, posted on her Instagram, she speaks about not wanting her children to go through what she went through growing up. The former musician, who features in the new TV show alongside her husband Marvin Humes, opened up saying, “My legs were red because I’d tried to scrub my skin off. And I’m not upset for me, I’m just upset because I think, my little girl is the same age. I just don’t know how I would handle that.”

Alongside the video, the 31-year-old shared a heartfelt caption: “I don’t want my children growing up in a world where they think that their heritage and skin colour could be judged negatively.” The couple have two children, and a third on the way. She also expressed how important it was for her to open up about her own life to show the “lasting impact racism and discrimination can have on people.”

The Talk is a new, one-off special on Channel 4 coming out Tuesday, August 4. Speaking to prominent Black Britons, we find out how they deal with racism, the ways in which their parent’s addressed it with them and how they will speak about racism with their own children. The show includes celebrities like Scottish musician Emeli Sandé, Litttle Mix star Leigh-Anne Pinnock, rapper Tinie Tempah and journalist Gary Young, all of whom share heartbreaking stories about growing up Black in the UK.

The concept is based on the idea that Black children from a young age have to have a serious discussion with their parents about racism and how it’s going to affect them throughout their lives; something no white child must do. The Black Lives Matter Movement has galvanised many into action, including the Humes who, at the time, released a video in support of Black Lives Matter and anti-racism stating, “it needs to be a conversation that needs to keep happening.”