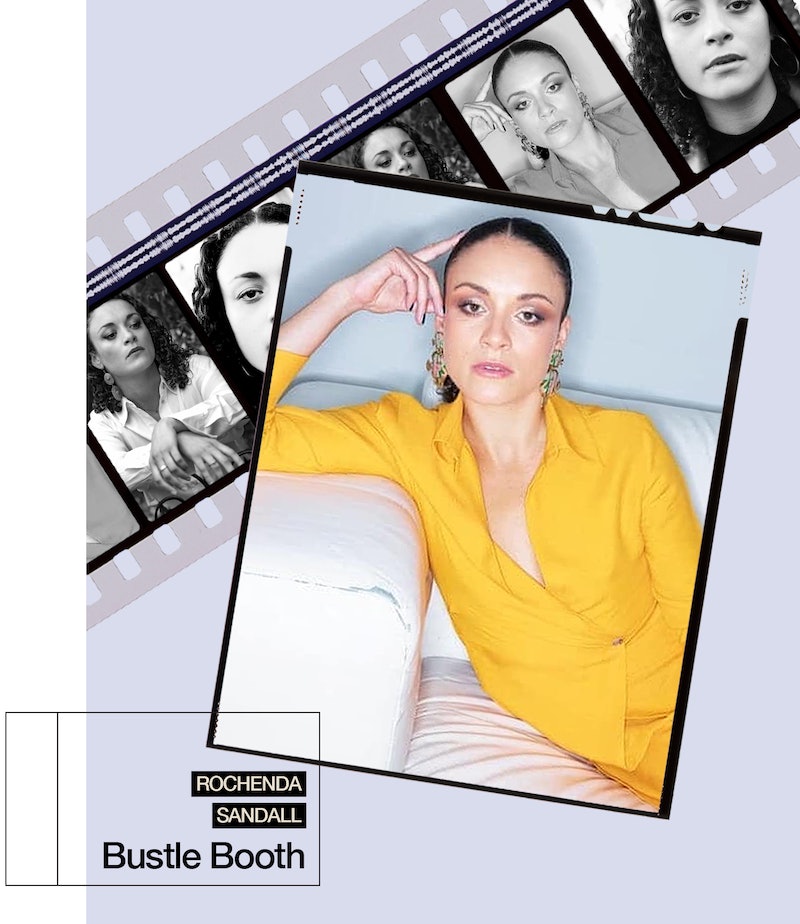 When I admit to Rochenda Sandall that I hadn't heard of the Mangrove Nine until recently, she quickly reassures me: "Do you know what? None of us knew the story. I double-checked. It's mind-blowing." But, that's the thing about Black British history, she adds, there are many more pivotal stories still yet to be told.

Sandall stars in Mangrove — one of the films in the upcoming Small Axe anthology series, directed by 12 Years A Slave and Widows' Steve McQueen. Starring alongside Letitia Wright, the 31-year-old plays activist Barbara Reese who joined demonstrations against police harassment in London in 1970. The landmark protests led to the arrests of nine innocent black women and men, who were later acquitted of the most serious charges after the judge found "evidence of racial hatred" in their treatment.

While the Mangrove protests took place half a century ago, this pivotal moment in British history feels like yesterday, when Sandall tells me she met Barbara Reese in a pub ahead of filming. "There's only a couple of the 9 who are still alive... I think they're really happy with the way we've represented them," she says.

Small Axe dramatises four more stories from London's Caribbean community, spanning the 1960s to the 1980s. Sandall tells me she's overjoyed to play a part in helping British people "have a fuller understanding of their history", especially following the momentum behind the BLM movement this summer. "It's a bittersweet thing," she tells me. "You see the images of the protesters in the film and then you see the same imagery going on today so you're thinking, ah sugar, 50 years later we're still out there fighting."

The RADA-trained actor is best known for her role in the hit BBC crime drama Line of Duty, and she admits this is the first time she's been cast in a film that's "overtly about race." Sandall, who is of mixed Jamaican and English heritage, tells me she's usually cast as the ubiquitous "woman" or "girl."

After more than a decade in the business, she says she's grateful that her debut film about race is with Steve McQueen, a director she "admires to the bones". "I am really pleased that this is my first go, " she tells me. "It's a great time to be represented on TV. Something I never really had growing up. It gives people identity and confidence."

North London and the North

Get back, or I’ll shoot you all like dogs.

More like this
Everything To Know About The 'Daisy Jones & The Six' TV Series
By Maxine Harrison and Brad Witter
Turns Out George Clooney Is A Huge Fan Of This Classic British Game Show
By El Hunt
Twitter Is Burning As Phoebe Dynevor Reveals Daphne’s 'Bridgerton' Exit
By Sophie McEvoy
Helena Bonham Carter Doesn't Think 'The Crown' “Should Carry On"
By Sam Ramsden
Get The Very Best Of Bustle/UK
Sign up for Bustle UK's twice-weekly newsletter, featuring the latest must-watch TV, moving personal stories, and expert advice on the hottest viral buys.