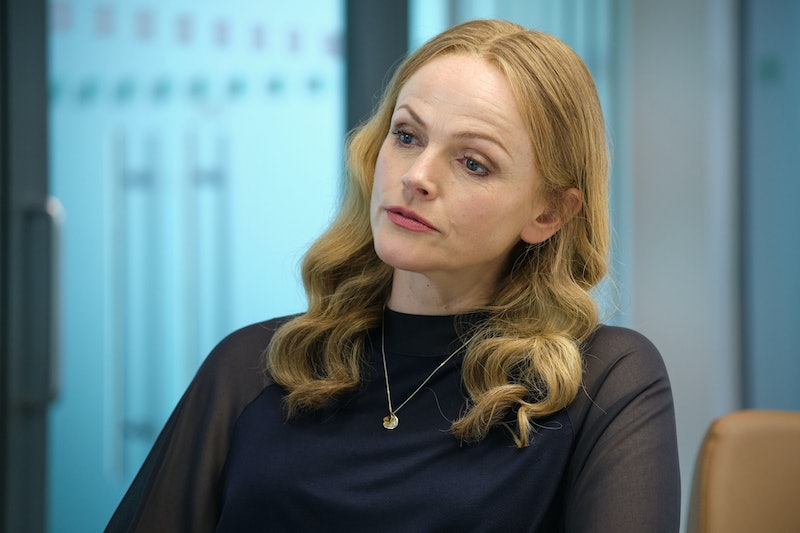 Inspired by the Harvey Weinstein abuse scandal that sparked the worldwide #MeToo movement, the BBC’s Rules of the Game explores the complexities of sexual politics within the modern workplace. Starring BAFTA-winning actor Maxine Peake, the thriller with a sense of humour is said to boast a “glorious cast” with “well-drawn female characters” not often seen in mainstream television.

The Ruth Fowler-penned series was initially announced back in 2021, however, the fictional story was conceived at the height of the Me Too movement in 2017. “Many women’s experiences, including my own, inspired this fictional show, said Fowler ahead of the series release. With this in mind, Rules of the Game is set to be a compelling watch when it arrives this January. If you’d like to discover more about the forthcoming thriller, here’s everything you need to know about the BBC’s newest four-part drama.

Rules of the Game Release Date

Thankfully, there’s not much longer to wait, as Rules of the Game is scheduled to air on BBC One and BBC iPlayer on Jan. 11, 2022. Ahead of the four-part series release, BBC dropped a gripping new trailer featuring its female-led cast. In the short clip, Maxine Peake is seen in the starring role as no-nonsense manager Sam, who firmly states “we don’t need to change the work culture,” when challenged by new HR director Maya (Rakhee Thakrar) — despite the trailer showing glimpses of a deeply problematic office environment.

Rules of the Game Plot

The BBC drama centres on the no-nonsense manager of a family-run company, Sam, who arrives at work one day to find a dead body in her office reception. Following the grim discovery, Sam is forced to reckon with the questionable behaviours of the present and face up to murderous secrets from the past. As BBC synopsis continues, things come to a head when the ​​new HR Director “tries to shake up the old-fashioned lad culture” and begins investigating historic cases of misconduct.

While the new series is slated as a thriller, there is the promise of “lighter moments” with Peake confessing to the Radio Times that “all the characters, especially female characters, are witty…”

The actor said: “Even though it is a thriller of sorts, it has got some lighter moments and I think all the characters, especially female characters, are witty which a lot of the time again gets written out of female stories, that we do like to have a laugh. I think it’s a big survival technique among women, our sense of humour.

“So yeah, I just thought it was a really great script, there’s something to say and a lot of good female characters, which I think is quite rare.”

Rules of the Game Cast

As mentioned, Rules of the Game boasts a female-strong cast led by Three Girls and Silk star Maxine Peake as the central character of Sam. She is joined by Sex Education’s Rakhee Thakrar who plays Human Resources director Maya, Gavin & Stacy star Alison Steadman who appears as Anita, the widower of a narcissistic company founder, and Enola Holmes’ Susan Wokoma, who takes on the role of the immensely driven DI Eve Preston.

Speaking of the forthcoming thriller, Rules of the Game’s lead star Peake paid tribute to her “glorious” co-stars.

“Working alongside my fellow sisters each day, with their commitment and understanding towards Ruth Fowler’s script about sexual politics in the workplace, with Jennifer Sheridan directing, has reminded me once again why we need to keep fighting for more women to have a voice in the filmmaking process,” she said in a statement.