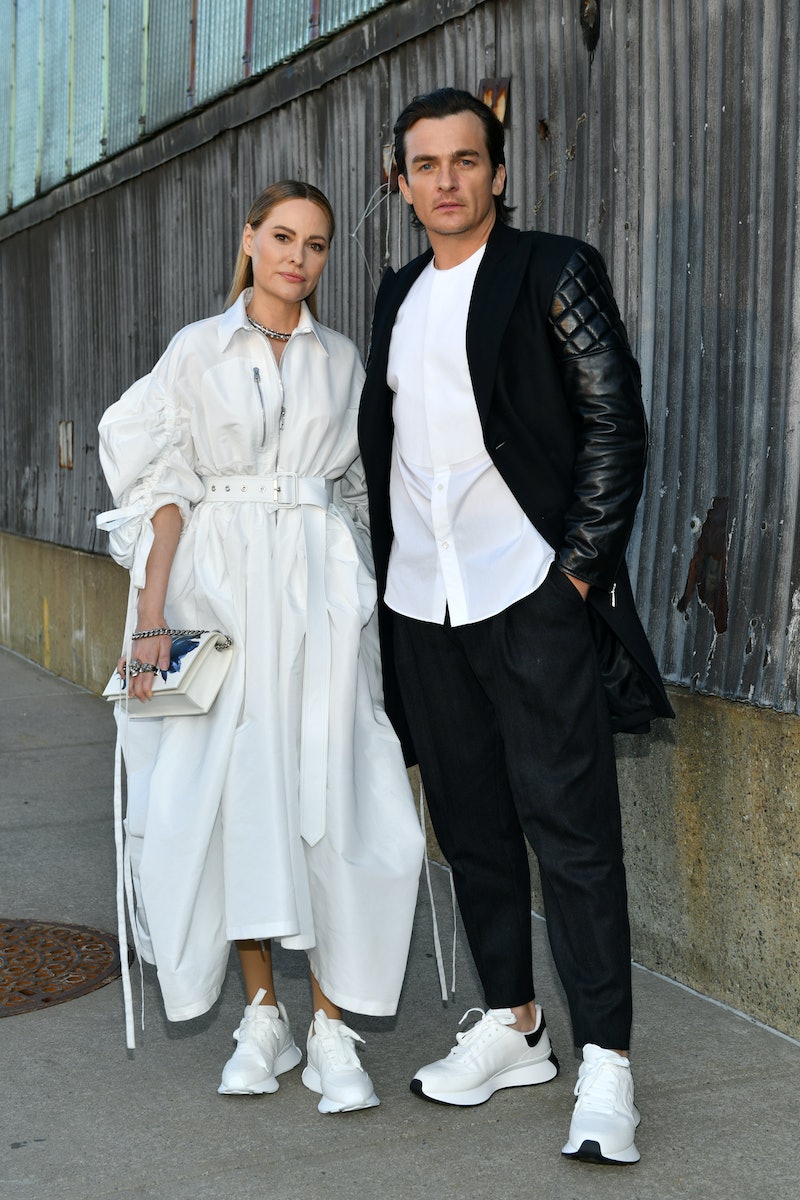 Adapted from Sarah Vaughan’s best-selling novel, Netflix’s latest drama Anatomy of a Scandal follows members of the British elite as they navigate their way through a serious allegation. Rupert Friend has a leading role as politician James Whitehouse. You'll most likely recognise Friend for his role as George Wickham in Pride and Prejudice. While he was no Mr. Darcy, he certainly swept Keira Knightley off her feet.

After they starred together in the period drama, Friend and Knightley dated for six years. For the most part, they kept their relationship out of the spotlight, but they were spotted numerous times together at events and running errands. However, the constant pressure of being “followed and photographed” eventually led to their split in 2011, according to The Sun.

A year later, Friend moved to the United States to star in the espionage thriller Homeland. It was during this time that he met Aimee Mullins, a world-record breaking Paralympian who specialises in long jump and sprinting. Born with fibular hemimelia, a condition where “all or part of the fibular bone is missing” per the Paley Orthopedic and Spine Institute, Mullins had both her legs amputated below the knee when she turned one.

Refusing to use crutches or a wheelchair, she wore plaster prostheses and quickly fell in love with sports. Eventually, Mullins became the perfect candidate to try out a new type of prostheses with blending blades, aptly called the “Cheetah.” Designed by Van Phillips, the Flex-Foot prosthesis developed for Mullins in 1995 are now used by 90 percent of Paralympic athletes.

Mullins’ focus soon turned to modelling and acting, becoming a muse for Alexander McQueen and starring in Stranger Things as Eleven’s mother, Terry. In 2013, Mullins met Friend and they started dating. A year later they were engaged, and by 2016 the couple were married.

During an appearance on Live With Kelly in 2017, Friend revealed that the couple had got married in a secret ceremony. “It was four people, two of which were Aimee and myself,” he said. “We eloped. May the 1st.” Since then, both Friend and Mullins have celebrated their anniversaries across social media, with Mullins sharing a few little glimpses of their beautiful day on Instagram.

Complimenting his wife back in 2018, Friend told DuJour: “Aimee’s invaluable to me in every way, and is a great help on every one of my projects.”