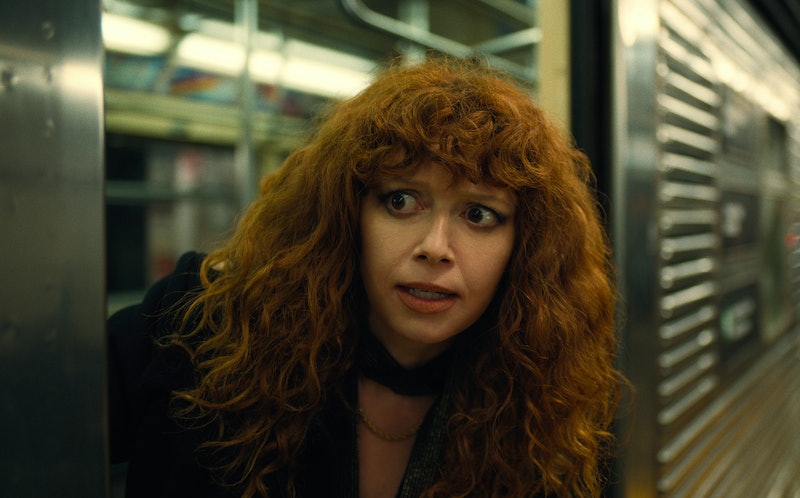 What a concept: Netflix’s mind-bending time loop dramedy Russian Doll is finally back after a three-year hiatus. Season 1’s eight episodes follow Nadia (Natasha Lyonne), a jaded New Yorker who’s feeling ambivalent about turning 36 — the age her mother, Lenora (Chloë Sevigny), never reached — when she gets caught in an endless time loop and can’t stop dying in ridiculous ways. (Cue the endless “Sweet birthday babyy!” greetings.) Just as she’s about to accept that maybe she’s doomed forever, Nadia meets Alan (Charlie Barnett), and discovers that the key to escaping from their respective loops is to work together.

Season 2 picks up nearly four years after the finale, when they’ve managed to both escape and are now living a decently OK existence, according to Netflix’s synopsis. They’re not happy, exactly, but they now spend Nadia’s birthdays together watching out for time distortions, and tell themselves it’s better than dying endlessly. But just as Nadia is about to turn 40, she discovers an unexpected time portal in Manhattan that transports her back to 1982. Once again, they both realize they have a lot more intergenerational trauma they need to confront before they can be truly content. A lot of this draws directly from hints dropped in Season 1, so here’s everything to remember before diving into Season 2.

Season 1 begins at Nadia’s 36th birthday party, which is being thrown at her friends’ artsy loft. There’s a ton of people there, but Nadia is feeling miserable about being older than the age when her mom, it’s implied, died by suicide. We eventually learn there are only a few things Nadia cares about: her godmother Ruth (Elizabeth Ashley), her friends Maxine (Greta Lee) and Lizzy (Rebecca Henderson), and her cat, Oatmeal. She also has a decent relationship with bodega worker Ferran (Ritesh Rajan), who we learn later is also close friends with Alan.

Nadia decides to ditch the party for an ill-advised hookup, but then she gets hit by a cab. She wakes up in her friend’s fancy bathroom, with nobody at the party aware that she died and is reliving the night.

From there she tries to trace the cause of the time loop, which leads her to a drug dealer, a synagogue, and Horse (Brendan Sexton III), a man experiencing homelessness. But she never finds the right answer, and always dies by the end of the night.

Halfway through the season, Nadia meets Alan as they plummet to their deaths in an elevator. “Didn’t you get the news? We’re about to die,” she calmly asks him when she notices his expressionless face. He responds, “It doesn’t matter. I die all the time.”

As it turns out, Alan has been reliving the same Wednesday as Nadia. But where Nadia embraces chaos, Alan does the same routine every day. His day involves the trauma of going to propose to his girlfriend Beatrice (Dascha Polanco), only to discover she’s been cheating on him with Mike (Jeremy Bobb), the man Nadia was going to hook up with before she died.

From there, Nadia and Alan begin to follow each other around; they fight, have sex, make up, and essentially become close friends. When they compare their notes, Alan finally remembers that his first death was that he died by suicide by jumping off his building. Nadia realizes she saw Alan in Ferran’s store moments before his death, and Alan saw Nadia before she was struck by a car. They conclude that if they had helped each other that night, they wouldn’t be stuck in this purgatory.

And it’s important that they get back to that moment and rewrite it because the universe begins to decay, with fruits rotting and people disappearing.

A major part of Russian Doll is Nadia and Alan working through their respective traumas and mental health struggles. Near the end, Alan embraces that his routines are a coping mechanism and talks to Beatrice about his failures and her infidelity. Nadia recognizes that her mother struggled with mental illness, and it’s not her fault that Lenora died after Ruth was given custody. As a sign she’s healed a little, Nadia finally meets her ex-boyfriend’s daughter, Lucy.

In the finale, Nadia and Alan die one more time. They wake up in their own respective bathrooms, and both head to Ferran’s bodega as planned. But they soon realize the other person no longer recognizes them, and they have to save each other in separate timelines. So Nadia tells a miserable Alan that he might not always be happy, but with her he won’t be alone anymore. And Alan manages to convince Nadia using a key piece of trauma from her past: Her grandparents were Holocaust survivors, and they once had a mountain of gold krugerrands valued at exactly $280,451.21, which her mother spent except for one piece. When he recites this number, she agrees to leave Mike and stay with him.

So both succeed in saving each other despite everything, and they end up in a wild costumed parade led by Horse. (Honestly, who is Horse?) While separate at first, the split screens of both Nadias and Alans converge at the end, leaving a singular Nadia walking away. While it’s not said explicitly, the editing confirms that the two disparate timelines converge, and Nadia and Alan are free to live their lives together, and linearly, once again.

More like this
'Bridgerton' Season 3 Includes A Major Cast Shake-Up
By Grace Wehniainen
Will The Pentaverate Get A Season 2?
By Kadin Burnett
'Heartstopper’s Joe Locke Is Manifesting A Jennifer Coolidge Cameo Next
By Nola Ojomu
'Virgin River' Season 4 Finally Has A Release Date
By Bustle Editors
Get Even More From Bustle — Sign Up For The Newsletter