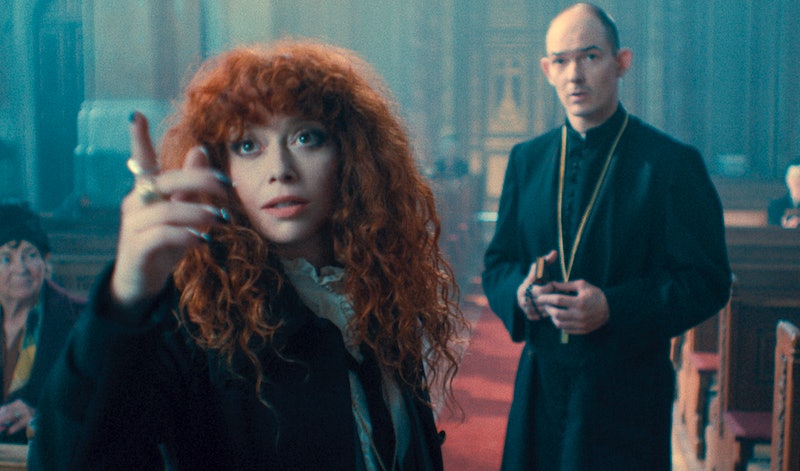 Spoilers ahead for Russian Doll Season 2. It may have been three years since we last saw Nadia and Alan, but creators Natasha Lyonne, Amy Poehler, and Leslye Headland always knew Russian Doll would return for a second season. “We pitched Netflix three seasons of the most bonkers, heartfelt, passionate, this-is-what-we-truly-feel-like-is-our-story-to-tell idea,” Headland told The Hollywood Reporter in 2019. “And they said: ‘Great, the more of that, the better. The more you guys this can be, the better. Here are the resources and the support — take off.’”

Lyonne noted that since that pitch, their story has continued to evolve. Alan, for example, was a very different character in the initial pitch, and it wasn’t until “month two of the [writers] room [that] he really came alive.” As a result of that, Lyonne said that always has to be “space left open” for the story to evolve in ways that she didn’t initially imagine, and is open to the story morphing as time goes on. But one thing’s for certain: Lyonne seems pretty set on Russian Doll returning for Season 3. “Maybe it’s only two seasons. Maybe it’s four seasons. Right now, it feels quite clearly that it is those three,” she said in 2019.

Netflix has yet to confirm if the series is renewed for a third season, but the reviews for the second season have been mostly positive. (Though some critics feel that Season 2 — which focuses on traveling to the past rather than being stuck in a time loop — is “overstuffed” and lacks the same momentum as Season 1.) Here’s everything else we know so far.

Most Netflix shows take about a year in between seasons, but Russian Doll took a whopping three years to debut a new season. So at this point, it’s completely unknown when we can expect to see the conclusion of Nadia’s story. But fingers crossed it doesn’t take another three years.

Russian Doll is likely going to bend the space-time continuum again in Season 3, and we expect our two leads to return: Natasha Lyonne as Nadia and Charlie Barnett as Alan. We will also likely see Nadia’s friends Maxine (Greta Lee) and Lizzy (Rebecca Henderson), along with the mysterious Horse (Brendan Sexton III), who conveniently seems to appear whenever Nadia needs him.

Season 2 kicks off when Nadia boards a train in Manhattan and steps out into 1982, in the body of her mother, Lenora (Chloë Sevigny). Across the season, both Nadia and Alan travel back and forth, with the aim of healing their generational trauma once and for all. But things really go off the rails by the finale, which sees Nadia literally kidnapping her infant self and bringing her off the train. This collapses time and space, and Nadia and Alan find themselves back in Maxine and Lizzy’s same stone-encrusted bathroom from Season 1; outside, the party is weird, full of strangers from different time periods, burning yet raw food, and endless time loops.

Alan tells her she has to return baby Nadia to save the universe, even though that means dooming herself to an unhappy life again. They end up lost in the subway tunnels, where they fall into “the void” and meet younger versions of their family members. It gets pretty strange, but in the end, Nadia returns the baby to Lenora and is able to fix the timeline.

At this point, the show has used two very well-worn time travel tropes: time loops and meddling with the past. Perhaps Season 3 will hop forward in time? Another option is Nadia and Alan may find themselves in a completely alternate timeline, or in yet another strange land like “the void.”

There are also several questions that need answering: Are Nadia and Alan really alive, or have they been living a whole other kind of existence since their Season 1 deaths? Are they really over their respective traumas? And perhaps most pressing at all: Who is Horse, really? He pops up at key moments when time is fluctuating, and always seems to know more than he lets on. Is it possible they really are in purgatory, and Horse is just the one presiding over it all?

This post will be updated as additional details about Russian Doll Season 3 become available.