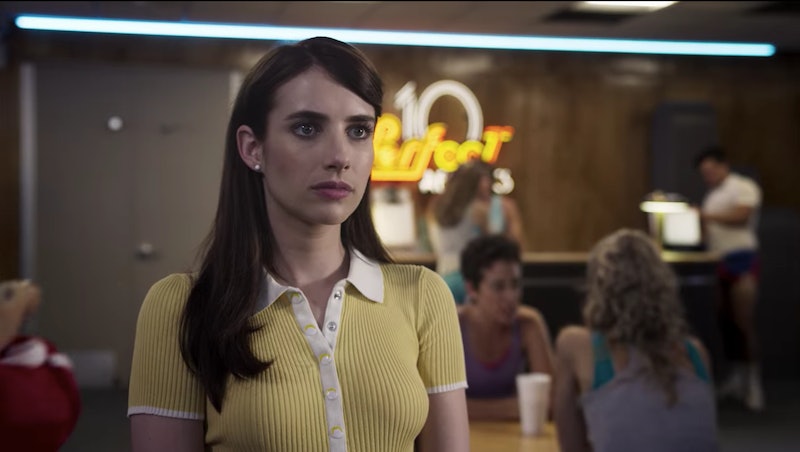 What spooky creatures or haunted happenings are missing from the AHS universe? On Friday, April 2, creator Ryan Murphy invited American Horror Story fans to vote on the show’s next story on Twitter, sharing a poll that teased potential future episodes. The poll offered several concepts for viewers to choose from, including aliens, Christmas horror, Bloody Mary, Piggy Man, sirens, and plague, and urged them to reply with their picks.

An anthology series, American Horror Story has covered a new topic each season since it premiered in 2011, with returning cast members taking on new roles. Some of the show’s past memorable themes include Asylum, the season focused on a 1960s mental institution, Coven, which followed the descendants of the Salem witch trials, as well as 1984, a horror story set at a summer camp that paid tribute to old slasher films. While fans have seen the series go to some wild and terrifying places, the option for viewers to choose their own adventure is new.

Many fans chimed in with their preferences, and among the top requests was Bloody Mary, though Twitter users were divided on who should play the spirit. While some viewers requested Lady Gaga return to play the spooky spirit, others felt that AHS regular Sarah Paulson would be the perfect fit for the character. “i’m manifesting sarah paulson as bloody mary for american horror story,” one fan tweeted in response to the poll.

Sirens was also a popular pick, and fans had very specific visions to share. One viewer put together the start of a dream cast list, drawing heavily from the music world with her picks, Ariana Grande, Lana del Rey, Madison Beer, and Chloe and Halle Bailey. Meanwhile, another user suggested setting a siren story off the coast of the Caribbean and having “a mostly black and indigenous cast of beautiful women who play sirens.”

Murphy did not reveal exactly when these stories or episodes might become a reality, but he did use the hashtags “AHS10” and “AHSDoubleFeature,” hinting they could be coming in the near future. Season 10 will be titled AHS: Double Feature, and after production delays due to the COVID-19 pandemic in 2020, two seasons of the show are expected to premiere in the same year, according to Glamour. The cast was also announced and will include several familiar series regulars, such as Billie Lourd, Sarah Paulson, and Evan Peters, as well as several new additions, including Macauley Culkin and Kaia Gerber.

More like this
'Grey's Anatomy's New Intern Got Advice From Dr. Bailey Herself
By Grace Wehniainen
Caleb McLaughlin Details Racism From 'Stranger Things' Fans
By Radhika Menon
Paul Mescal, Man Of Mystery
By Samantha Leach and Heather Hazzan
The 'Reasonable Doubt' Cast Includes A 'Save The Last Dance' Reunion
By Grace Wehniainen
Get Even More From Bustle — Sign Up For The Newsletter