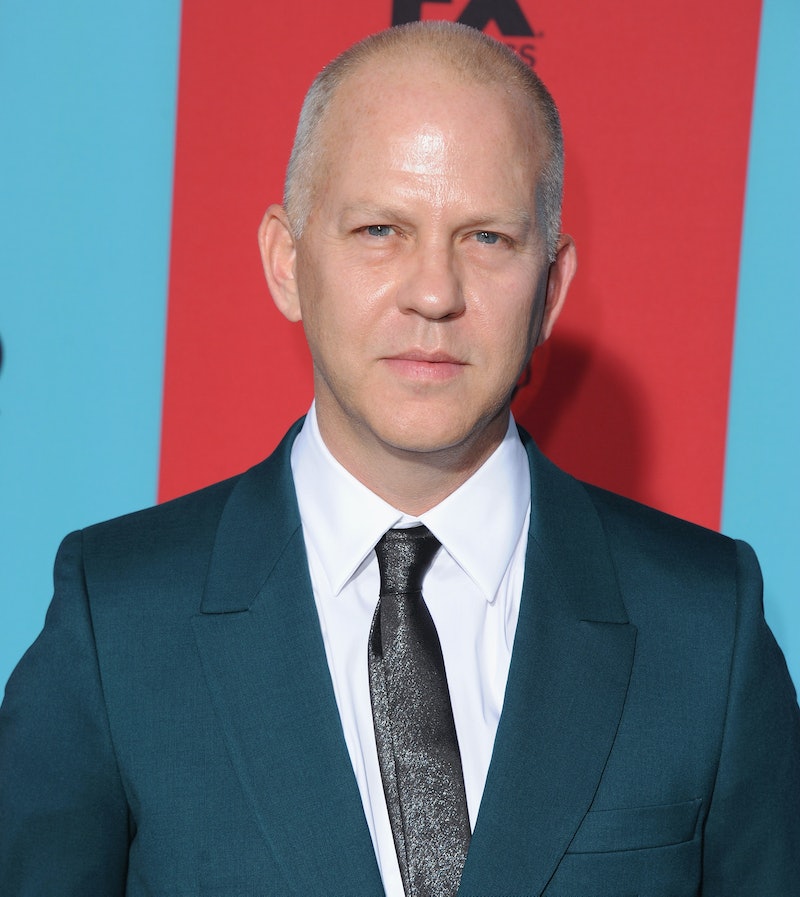 Below, everything you need to know about the landmark tenth season, including which of your fave actors are set to return.

Like several of your other go-to shows, the release of AHS Season 10 was delayed until 2021, per The Hollywood Reporter, due to filming issues caused by COVID-19. But, as Entertainment Weekly reported, with 10 episodes that began filming in October 2020, there will be plenty to devour once the Provincetown, Massachusetts-set season premieres. On June 3, the American Horror Story Season 10 premiere date was revealed via a press release, so mark your calendars for Aug. 25.

On Friday, March 19, Murphy unveiled the title of this season via an eerie Instagram video. “The title of American Horror Story 10 is Double Feature,” the clip reads. “Two horrifying stories…one season. One by the sea…One by the sand. More to come…” After announcing the theme for the two mini-seasons that will make up the tenth installment of the anthology series, Murphy wrote in the comments section, “It means TWO SEASONS for the fans airing in one calendar year! So double the viewing pleasure.” What’s more: “One set by the sea (this cast already announced). A second by the sand (that cast announcement coming).”

Cue the Reddit message boards filled with casting predictions for the next season.

The official cast list for AHS Season 10 arrived via (where else?) Murphy’s Instagram on February 26, 2020. In a video set to Orville Peck’s “Dead of Night,” the names of this season’s players appeared alongside crashing waves. Several series favorites are returning, including Paulson and Evan Peters, following their absence from Season 9. They’ll be joined by Kathy Bates, Leslie Grossman, Billie Lourd, Adina Porter, Lily Rabe, Angelica Ross, Finn Wittrock, and Frances Conroy, who have all appeared in previous seasons, too.

As for new additions, Macaulay Culkin is set to appear in American Horror Story, his first onscreen role since 2019’s Dollface. His character’s name has not been revealed, but Murphy told E! about the wild pitch that may have gotten Culkin to say yes. “[When] I cast, I never let people read things, usually,” Murphy explained. “I said, ‘OK, here’s the pitch.’ And I told them the character, and I told him he has crazy, erotic sex with Kathy Bates and does other things. And he paused, and he goes, ‘This sounds like the role I was born to play.’ So, he signed up right then and there.”

Another person along for the ride of Season 10 is model Kaia Gerber, Murphy confirmed on Instagram. “Very excited to announce that Kaia Gerber is joining the American Horror Story family,” he wrote on Tuesday, March 23. Gerber added to her own Instagram Stories, writing, “Very excited about this @mrrpmurphy” and “Pinch me????”

In addition, Ryan Kiera Armstrong has been added to the cast. The child actor has starred in films such as It Chapter Two, The Art of Racing in the Rain, and Black Widow. She’s also set to star in the reboot of Blumhouse Productions’ Firestarter as Charlie McGee, the role Drew Barrymore made famous in the 1984 movie version. Armstrong’s part as Alma Gardener in Murphy’s latest installation of American Horror Story will be her introduction to the franchise family. In early August, Armstrong posted a video of the series’ official trailer on Instagram along with the caption: “AHS x 08.25.21 What you’ve been waiting for.”

Here’s what we can gather about the show’s other characters:

An extender teaser trailer for American Horror Story’s latest installment features the worlds of aliens and sea creatures colliding in the terrifying clip. The video also highlights two parts, “Red Tide” and “Death Valley,” which could be a nod to the individual titles for Double Feature. Longtime viewers may remember aliens being a significant addition to American Horror Story: Asylum. Perhaps there might be a mention of a character or two from Asylum for old times' sake.

And while many fans were hoping to see the introduction of sirens or mermaids in Season 10 of American Horror Story, the trailer proves that Murphy decided on his underwater entities having more fangs than fins.

The official trailer for “Red Tide” finally dropped via Twitter on Aug. 13. The clip begins with a brief view of a bridge surrounded by a sea and a car moving towards a sign that reads “Entering Provincetown.” The first statements in the video are voiced by Wittrock’s character saying, “I can believe we’re doing this. I never thought I’d get you out of the city.” As the trailer continues, it appears that Wittrock is a writer who’s found refuge in a house he and other creatives can temporarily stay in to alleviate his “serious writer’s block.” Of course, his new surroundings appear to come at a creepy price as ominous music, images of blood, and mysterious figures are featured. Rabe, Conroy, Peters, Culkin, Grossman, Paulson, and Armstrong are all present in the trailer, which confirms an Aug. 25 premiere date as well.

Prior to both trailer reveals, Murphy shared several teases from American Horror Story’s tenth season. On March 10, he unveiled a photo of Grossman and Culkin in fur coats on a beach with the caption, “Something wicked this way comes. American Horror Story Season Ten.”

The following day he posted a photo of a veiled creature with the caption, “Night Moves.”

Back in November, Murphy posted an uncaptioned image of a person’s open mouth and pointed teeth. A gloved hand holding a dental tool can also be seen, along with the geotag for Provincetown, Massachusetts.

Then there was the May 2020 tease, when Murphy shared a photo of a beach, writing, “American Horror Story. Clue.”

No need to fret, loyal fans. Season 10 of AHS will not be its last. The show is set to run through Season 13 (at least), Deadline reported last January. Additionally, an American Horror Story spinoff titled American Horror Stories, a concept in which each episode contains a new horror tale, is already airing.

More like this
'The Crown' Season 6 Has Suspended Filming "Out Of Respect" For The Queen's Death
By Bustle Staff
'GoT' Star Emilia Clarke Says She "Just Can't" Watch 'House Of The Dragon'
By Brad Witter
Netflix Shut Down 'Bridgerton' S3 Rumours About A “Very Dark” Storyline
By Bustle
'RHOP' Stars Robyn & Juan Reportedly Got Remarried & Filmed The Ceremony
By Brad Witter
Get Even More From Bustle — Sign Up For The Newsletter
From hair trends to relationship advice, our daily newsletter has everything you need to sound like a person who’s on TikTok, even if you aren’t.