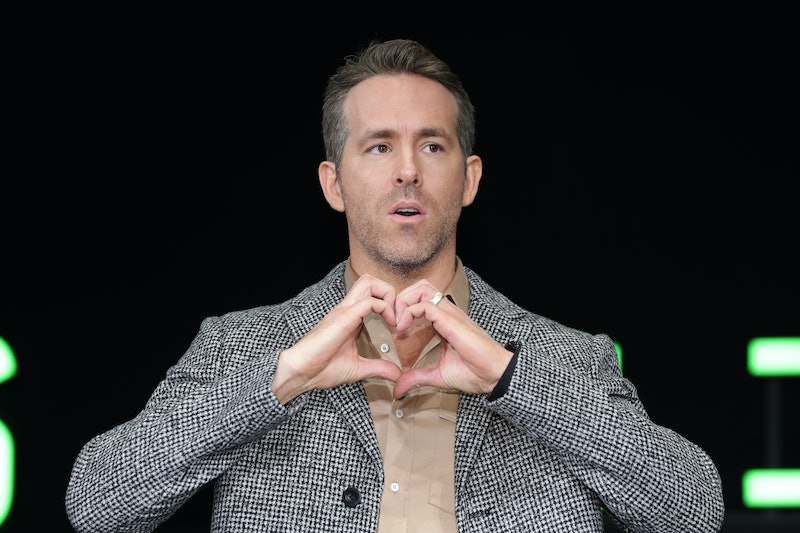 Not all heroes wear capes — even if they star in a superhero franchise. On Saturday, July 25, Ryan Reynolds joined the search for a woman's lost teddy bear by offering a $5,000 reward for its safe return. And after a few days of waiting and hoping, the story has finally reached a happy conclusion. The stuffed animal in question, which belongs to Mara Soriano, has now been returned to her safe and sound, proving that 2020 is, in fact, capable of producing at least some good news.

"BREAK OUT THE @AviationGin, @VancityReynolds!!! MAMABEAR IS HOME!!!" Soriano tweeted at Reynolds on Wednesday, July 29, shortly after the reunion. Reynolds responded shortly thereafter by tweeting, "In happier news... thank you everyone who searched high and low. To the person who took the bear, thanks for keeping it safe. Vancouver is awesome."

The bear in question was initially stolen from Soriano while she was moving to a new apartment in Vancouver. The thief was caught on tape stealing her backpack, which also contained a number of other important items, including her passport, an iPad, and her Nintendo Switch. However, it was the loss of her bear that left Soriano heartbroken. The teddy bear holds an incredible emotional value for Soriano, as it contains a recording of her late mother’s voice, which says “I love you I’m proud of you, I’ll always be with you.”

After sharing her story with various news outlets and social media, her desperate search for the teddy bear caught the attention of Reynolds, who became determined to do whatever he could to bring it back to Soriano. "Vancouver: $5,000 to anyone who returns this bear to Mara. Zero questions asked," Reynolds tweeted on July 25, sharing an image of the bear in question. "I think we all need this bear to come home."

Thankfully, all of that effort appears to have paid off. On Wednesday, CBC News reporter Dan Burritt even shared video footage of Soriano hold the bear and listening to her mom's recording, guaranteed to melt your heart and restore at least some of your faith in the world. According to Burritt, Soriano was contacted by two good samaritans who returned the bear to her on Tuesday evening after taking it from the original abductor.

Soriano also tweeted a further detailed account of the bear's return, stating that it was in perfect condition, aside from a pair of missing glasses. Otherwise, the bear itself and the recording remain intact.

It's not the solution to all of 2020's many, many, many problems, but it's definitely a silver lining that we all needed right now.

More like this
Here’s Why Tyler Perry Helped Prince Harry & Meghan Markle When They Moved
By Marina Watts
Brad Pitt Wants To Share The Spotlight With This Celeb In Shania Twain’s “That Don't Impress Me Much”
By Alyssa Lapid
Netflix Shut Down 'Bridgerton' S3 Rumours About A “Very Dark” Storyline
By Bustle
Everything To Know About 'Only Murders In The Building' Season 3
By Gretchen Smail and Kadin Burnett
Get Even More From Bustle — Sign Up For The Newsletter
From hair trends to relationship advice, our daily newsletter has everything you need to sound like a person who’s on TikTok, even if you aren’t.