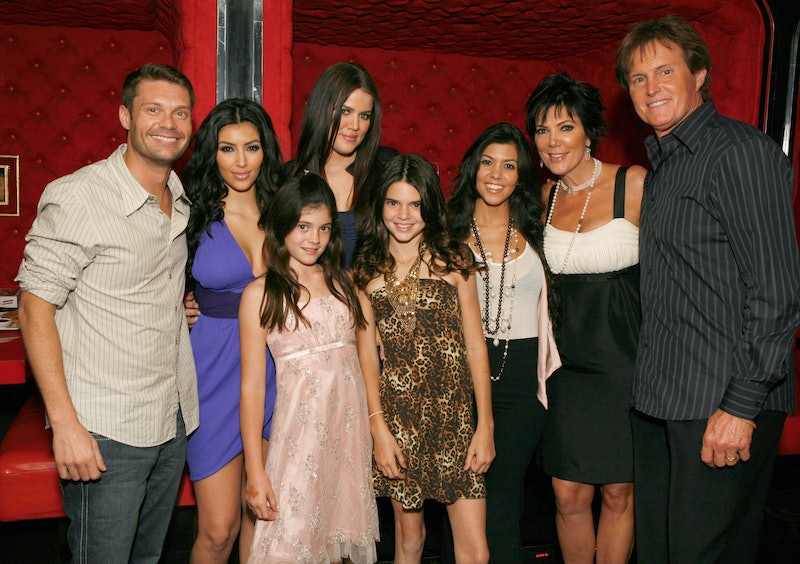 Keeping Up With the Kardashians may be ending next year, but the Kardashian empire will live on forever thanks to the smartest momager of our generation. Ryan Seacrest reacted to the announcement that KUWTK was ending by praising Kris Jenner and her "incredible empire" during the Sept. 9 episode of his show Live With Kelly and Ryan. The producer spoke the day after Kim Kardashian announced the shocking news that Season 20 of KUWTK will be its last. Seacrest helped start the long-running series in 2007 and has served as an executive producer on the show and its multiple spin-offs ever since.

During the episode, Seacrest thanked the entire Kardashian family for KUWTK's "amazing run," specifically praising Jenner as a partner and friend. "I almost feel like I'm family with her, and she is truly an amazing person and I think one of the savviest business people on the planet," he said. "Think about how she manages family and how she manages an incredible empire. It's no small task, and she has really propelled that franchise and those businesses into what they are today."

The host went on to tell the story of how he got KUWTK on the air in 2006. Being the shrewd businesswoman that she is, Jenner had been wanting to pitch a series about her family and Seacrest was looking for his first show to produce. She convinced him and his partners to film a family barbecue, for which they had to buy a camera from Best Buy, which was totally worth it. Seacrest said the footage was "magic" and convinced E! to take a chance on the show. And thus, an empire was born.

The final season of Keeping Up With The Kardashians will air in early 2021, with Season 19 premiering next Thursday, Sept. 17. No family members have given a reason for the show ending, aside from Kardashian saying it was a "difficult" decision made by the family, and Seacrest's statements don't hint at any behind-the-scenes drama. He even shared a throwback photo of him with the young Kardashian and Jenner clan, baby-faced and all. "Thank you to the Kardashians, who changed entertainment forever, I think," he concluded.