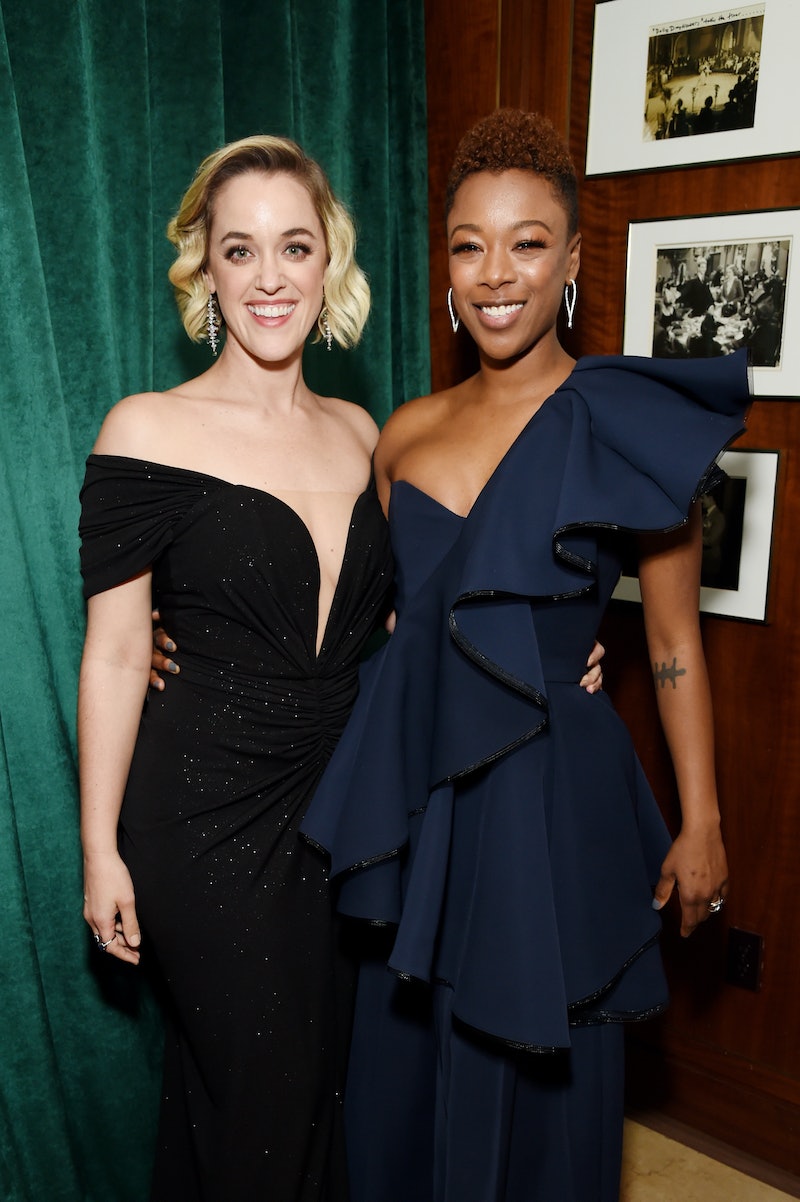 The Handmaid's Tale and Orange is the New Black actor Samira Wiley has welcomed a baby girl with her wife, Lauren Morelli, and their Instagram posts to introduce their daughter are beyond sweet. As Digital Spy reports, Both Wiley and Morelli announced the arrival of their newborn daughter, George Elizabeth, on respective Mother's Day Instagram posts.

“Happy 1st Mother's Day to my beautiful wife, who four weeks ago today after laboring for almost 3 days gave birth to our first child—our gorgeous daughter, George [heart emoji],” Wiley wrote in a caption. “Welcome to the world, babygirl. We love you and we thank you for giving us the best 1st Mother's Day two ladies could ask for. George Elizabeth 4.11.2021,” she added.

Elsewhere, in a heartfelt post shared on her own Instagram page, Morelli wrote, “weeks ago today, our daughter came into the world and changed everything. We are so happy, so grateful, and so tired.”

Per the Daily Mail, the couple first met while working on the hit Netflix series Orange Is The New Black and began dating in 2014 after show writer Morelli split from her husband of two years, Steve Basilone. In 2016, the pair announced their engagement, and the following year tied the knot during an outdoor ceremony in Palm Springs, California, Digital Spy reports.

Although the couple never publicly announced news of the pregnancy, Wiley previously expressed that she and her wife were ready to start a family. “Yeah, we think about that! We are so happy, so in love,” the actress said back in 2018.