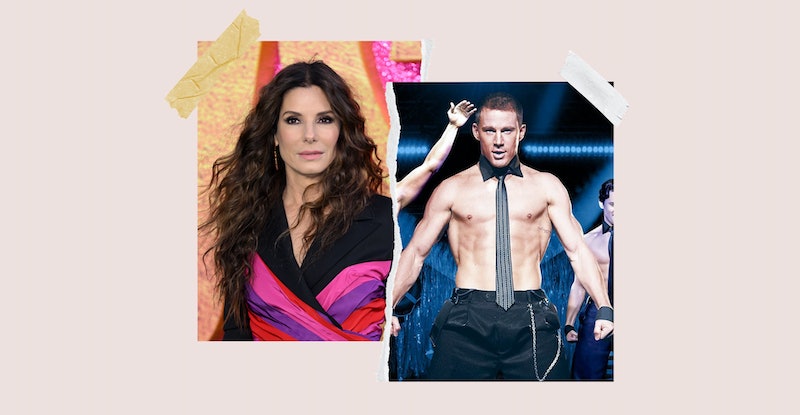 Ahead of action comedy The Lost City’s UK release, the film’s lead duo, Sandra Bullock and Channing Tatum, made an appearance on ITV’s Lorraine. And it wasn’t long before presenter Christine Lampard brought up another of Tatum’s much-talked about films, Magic Mike, asking Bullock if she’s a fan of the male-stripper tale. “You know what, I loved it. I loved it a lot,” the actor admitted. “And I loved the second one a lot.”

However, it seems Bullock is no longer able to enjoy the film with the careless abandon she once did. Why? Well, since becoming firm pals with her co-star Tatum, she finds the thought of him stripping off on camera to be a little awkward.

But Tatum has other ideas, it would seem, as he revealed he wants Bullock to go and see Magic Mike Live. To which Bullock told her co-star, “You just can’t be dancing in it.” Tatum agreed, reasoning, “I’ll sit next to you during the show.”

Alongside Bullock and Tatum, The Lost City also stars Brad Pitt and Daniel Radcliffe. Speaking of his Harry Potter co-star, Tatum said the British actor was “kind” on set. Meanwhile, Bullock and Radcliffe have struck up quite the friendship of their own. Radcliffe told Empire, “Working with Sandy was a real ‘pinch yourself’ moment, because I did grow up watching her, and have been a fan of hers for so long. So to actually get to be in a movie with her is still mind-blowing to me.”