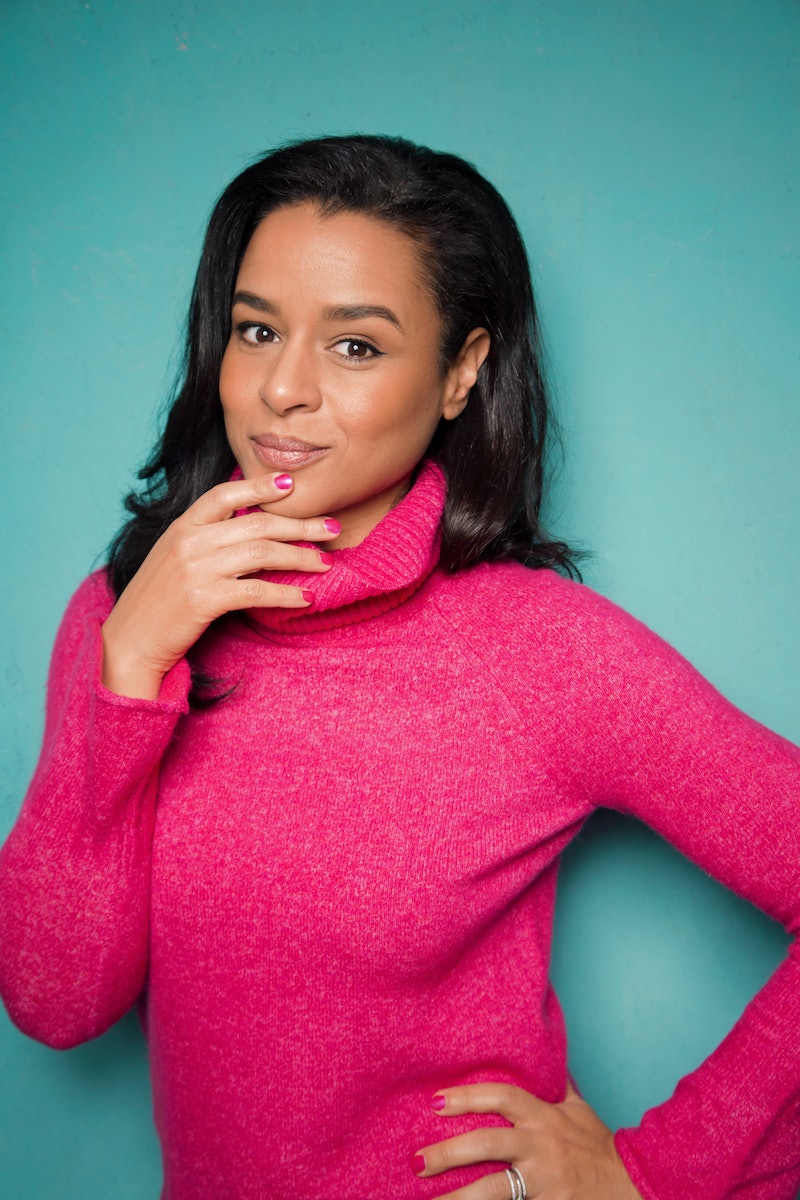 Comedian, best-selling author, and viral TikTok star Sarah Cooper just got her own Netflix special, the streaming service announced on Wednesday, Aug. 12. The variety special is titled Sarah Cooper: Everything's Fine and it's set to premiere this fall. Better yet, Natasha Lyonne is directing the special and Maya Rudolph is serving as an executive producer. Cooper celebrated the news on Twitter, writing, "It’s true! I’m getting a Netflix special! And I couldn’t have done it without all your support, THANK YOU SO MUCH."

According to the official Netflix description, Everything's Fine will cover a range of topics, including "dealing with issues of politics, race, gender, class, and other light subjects." Special guests will join Cooper for short interviews, sketches, and much more, so don't expect another stand-up comedy special. Just like the humor that made the comedian a star, this special's going to have a little bit of everything. (And, yes, maybe even a Trump lip-synch cameo.)

Cooper is well known for going viral in April for her lip-sync impressions of Donald Trump. One of her videos, "How to person woman man camera TV," shows her lip-syncing the unforgettable interview Trump gave about the cognitive test he took, in which he told Fox News in July, "It's like, you'll go, 'Person, woman, man, camera, TV.' So, they'd say, 'Could you repeat that?' So, I said, yeah — person, woman, man, camera, TV." If you haven't seen it yet, Cooper's interpretation definitely gives you the full effect, while also being oddly prophetic about her new Netflix partnership.

In July, Cooper opened up about going viral in an interview with Vanity Fair. “I like the idea that I’m inspiring the next generation to make fun of our president,” she said. As comedic as her videos are, she does have a certain line she draws. She told the publication, "He messed up several words at a Memorial Day speech and people were like, 'You should do that!' But no. It's still a sacred day."

In addition to her TikTok videos, Cooper is also known for writing two best-selling books: 100 Tricks to Appear Smart in Meetings and How to be Successful Without Hurting Men's Feelings. She was also a writer and correspondent on Old News, a CBS All Access pilot, which was produced by Stephen Colbert. And Everything's Fine isn't the only project on her horizon. She's also set to write a modern, comedic take on a Dale Carnegie book for Audible Originals.