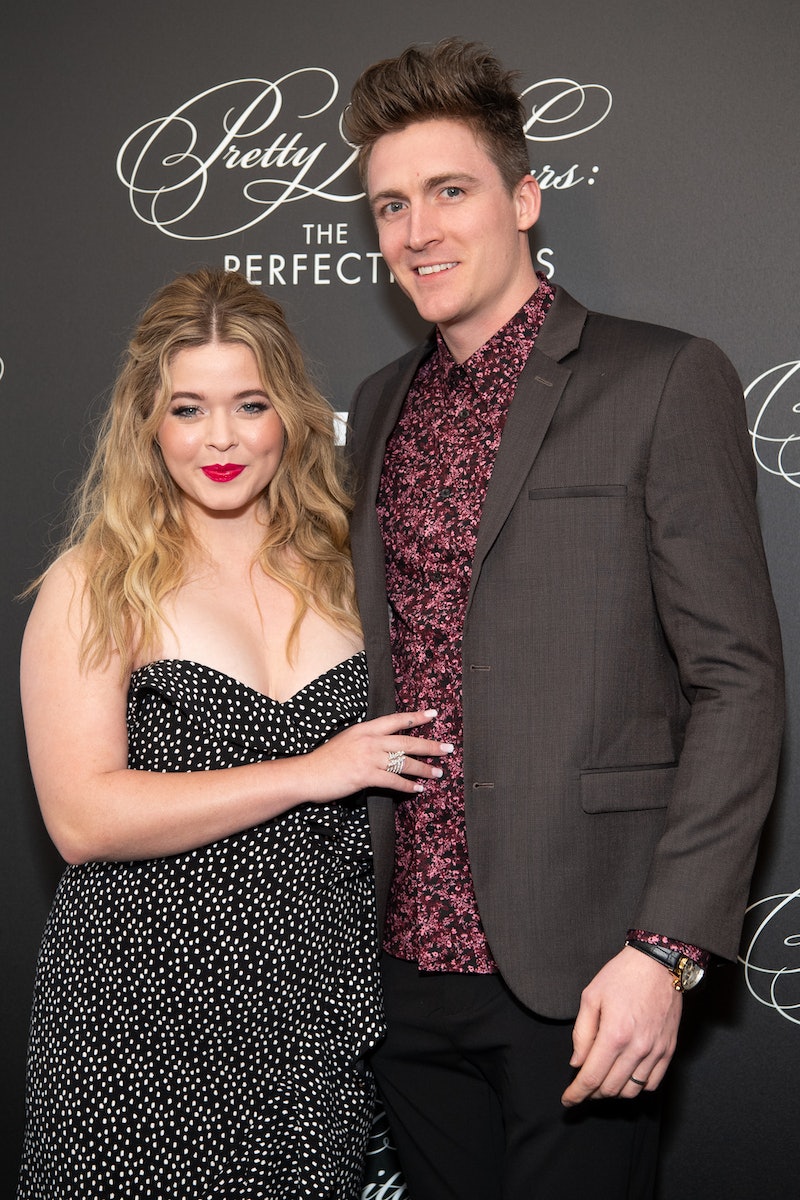 It's a boy! After 27 hours of labor, Pretty Little Liars star Sasha Pieterse gave birth to her first baby with husband Hudson Sheaffer on Nov. 6, she announced on Instagram a week later. "One week ago today our lives changed forever," the actor captioned a Friday, Nov. 13 Instagram post, sharing two photos of the newborn they named Hendrix Wade.

"We are absolutely in love with him and we still can’t believe he's ours," she added of their son, who weighed in at 7 pounds, 14 ounces and was 20.5 inches long.

Pieterse announced her "sweet" pregnancy news in May on her and Sheaffer's two-year wedding anniversary. "We will be welcoming a precious little human this October," she wrote on Instagram on May 27, adding motherhood was already her favorite role ever. "Today marks our 2nd wedding anniversary and what better way to share our joy than on the day when our lives changed forever (the first time😉)."

In July, she revealed to People that she suffered from a hormone condition called polycystic ovary syndrome, or PCOS, which the CDC says is one of the most common causes of female infertility. "Just the fact that we were able to get pregnant was such a blessing because with PCOS that made me nervous," she told the magazine at the time. She noted that they were "expecting more difficulty" and considered it "an absolute blessing" that they managed to get pregnant by themselves.

Pieterse documented much of her pregnancy journey on social media, posting a topless Instagram maternity photo in honor of the #WomenSupportingWomen challenge in July. "During this life changing time I am especially aware and in awe of the power of women," she captioned the post. "Watching my body transform to give life is an unexplainable joy. Love on the women around you, always."

On Father's Day 2020, she also shared a tribute to her Comics & Tonics author husband and then "daddy-to-be," writing, in part: "I already know you are going to be an effortlessly wonderful father and not just because you are already the best dad to our two little monster fur babies. Seeing you with our baby will be the highlight of my life."

Five months later, her prediction seems to have come true.

More like this
Adam Devine Hilariously Let Everyone Know He’s *Not* Accused Cheater Adam Levine
By Brad Witter
Gigi Hadid’s Dad Shared What He Knows About Those Leonardo DiCaprio Rumors
By Brad Witter
Who Is Nick Cannon Dating & How Many Kids Does He Have?
By Jordyn Tilchen and Radhika Menon
Drew Barrymore & Justin Long’s Reunion On Her Talk Show Had Her In Tears
By Radhika Menon
Get Even More From Bustle — Sign Up For The Newsletter