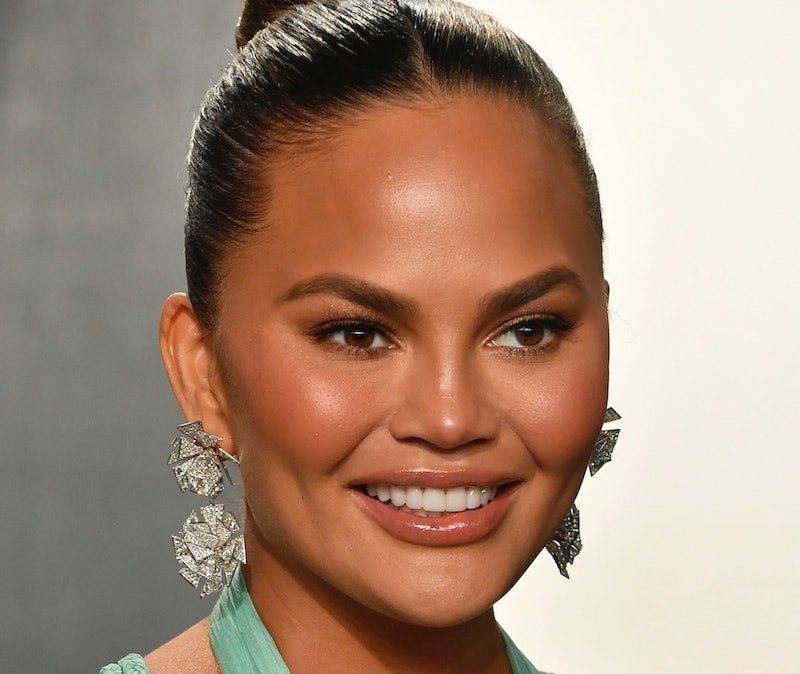 In a twist more dramatic than Christine and Chrishell’s feud, Selling Sunset star Jason Oppenheim is apparently showing Chrissy Teigen’s home to prospective buyers. In August, Teigen and husband John Legend put their Beverly Hills home on the market for $24 million ahead of the arrival of baby no. 3. And now, in the wake of Teigen’s viral Selling Sunset tweets about how she’s “never seen any” of the agents in the popular Netflix series despite her immersion in the Los Angeles real estate market, Oppenheim has tweeted that he’ll be showing Teigen and Legend’s house to a client.

Oppenheim, a broker and owner of The Oppenheim Group at the center of the reality TV series about real estate agents in the luxe Los Angeles market, tweeted at Teigen on Wednesday, Sept. 9 and revealed that he would be showing her home the following day. “If you want to see if I’m real, I’ll be showing your house tomorrow morning to one of my clients,” he wrote. (Bustle has reached out to Oppenheim and Teigen’s reps for comment, but did not receive an immediate response.)

Oppenheim and Teigen first struck up a social media friendship after Teigen tweeted about the validity of the group’s agents last month while she watched the show. “I will say, I look at LA real estate a lot and have never seen any of these people lol either have our agents, who I have obsessively asked,” she wrote. Oppenheim responded at the time by defending his team and inviting Teigen to “come by the office and say hi." The cookbook author responded and said she was “very sad I missed burgers and botox,” a reference to Christine's infamous burgers and botox-themed house showing in Season 3.

At the time, Teigen’s tweets caused others to question the validity of the agents, too. It even prompted Oppenheim to release a statement, obtained by Bustle, that confirmed all of the women are, in fact, “licensed and successful real estate agents at The Oppenheim Group,” and have been for “many years prior to filming our show.”

Now that Oppenheim has proven his credentials to Teigen, fans are hoping that the Cravings founder will make a cameo in the next season.

Netflix hasn’t officially renewed the series for a Season 4 yet, but the cast has teased more Selling Sunset is coming. And what better way to kick off new episodes than with Teigen and her Beverly Hills home?