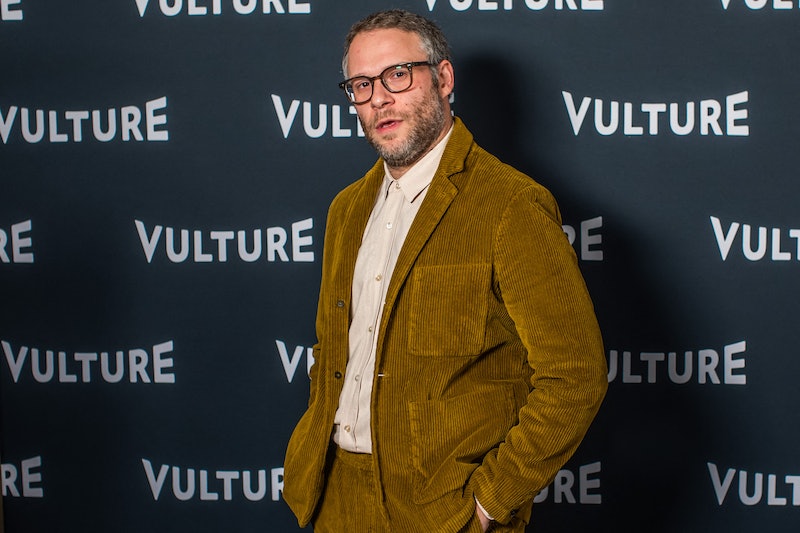 Another day, another celebrity Twitter drama. On Wednesday, Nov. 24, Seth Rogen received backlash on social media when he got into a heated exchange with YouTuber Casey Neistat over Los Angeles’ crime problem. It started when the 40-year-old vlogger revealed that his car had been broken into and decorations for his daughter’s birthday party had been stolen. In his initial tweet, he called Los Angeles a “crime-riddled 3rd world sh*thole of a city,” which didn’t go over well with the American Pickle star.

When Neistat expressed “appreciation and gratitude” for the LAPD after they arrested the culprit and recovered the stolen items, Rogen attempted to brush off the incident as if it were no big deal. “Dude I’ve lived here for over 20 years,” the 39-year-old actor responded. “You’re nuts haha. It’s lovely here. Don’t leave anything valuable in it. It’s called living in a big city.” The YouTuber then responded by asking Rogen if he could “still be mad” considering how “violated” he felt.

“You can be mad but I guess I don’t personally view my car as an extension of myself and I’ve never really felt violated any of the 15 or so times my car was broken into,” the Neighbors star continued. “Once a guy accidentally left a cool knife in my car so if it keeps happening you might get a little treat.” But Neistat clearly wasn’t amused. “I didn’t get any treats,” he replied. “He just took the decorations for my daughter’s 7th birthday party and left bloody handprints.”

In the same tweet, the filmmaker asked Rogen how it’s even possible that his car was broken into 15 times. “I lived in West Hollywood for 20 years and parked on the street,” he responded. “Also it sucks your sh*t was stolen but LA is not some sh*thole city. As far as big cities go it has a lot going for it.” It wasn’t long before people on Twitter read the exchange and called Rogen out for being “privileged” enough not to care. According to Daily Mail, Rogen is reportedly worth $80 million, while Casey Neistat is worth $16 million.

“Seth’s right. It’s no big deal,” Twitter user @JohnBoudet wrote sarcastically. “Just have the valet bring around your other car and text your assistant to have the first one detailed.” @Keexzus echoed that sentiment. “Imagine not being rich and someone breaking into your car,” they tweeted. “Then imagine celebrities saying it’s not a big deal.” @CathyYoung63 wrote that although the word “privilege” is often thrown around frivolously, Rogen’s statement is the embodiment of it.

The actor doesn’t seem fazed by the backlash. Later that day, he returned to Twitter to address the hate he often gets from strangers on social media. “A lot of people come at me and talk sh*t on Twitter hoping I’ll engage with them publicly and give them attention, but instead I DM them and tell them to go f*ck themselves privately,” he wrote. “It’s a lot more fun.”

More like this
Twitter Is Having A Meltdown Over Buying Beyoncé Renaissance Tour Tickets
By Jake Viswanath
Twitter Is Saying The Same Thing About Beyoncé's Renaissance World Tour
By Shahed Ezaydi
Twitter Is In Awe Of Taylor Swift’s “Lavender Haze” Music Video
By Jake Viswanath
Beyoncé Has Officially Won The Most Grammys Ever & Twitter Is Losing It
By Jake Viswanath
Get Even More From Bustle — Sign Up For The Newsletter
From hair trends to relationship advice, our daily newsletter has everything you need to sound like a person who’s on TikTok, even if you aren’t.