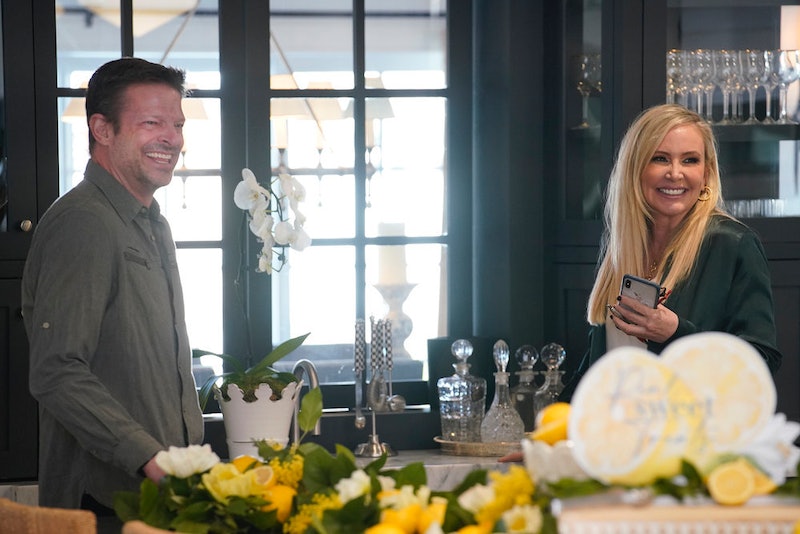 Although The Real Housewives of Orange County star Shannon Beador was single at the last reunion, she revealed in the Season 15 RHOC premiere that a good friend had introduced her to a man about 8 months prior to filming. Now Shannon's boyfriend John Janssen has been in the picture since that night. She explained that they "shut the place down" singing karaoke , and "ever since then [they've] pretty much been together every day." She did emphasize, however, that they were not living together.

"There's not a day that goes by where I'm not uncontrollably laughing with John," Shannon said, calling John her "biggest supporter." Like the RHOC star, John is a parent to three children; his daughter Juliet even now works for Shannon. For their part, Shannon's daughters approved of the relationship, too. “They see that I'm happy, and they want me to be happy,” she told TooFab in August. She added that she "had a connection and a comfort with him" she's never experienced before, and noted that they're both alums of USC, though their paths never crossed on campus.

Fans saw John assisting Shannon during a business meeting on RHOC, and according to John's LinkedIn page he has plenty of experience. In his bio, John states that he helps Southern California companies with employee benefits, and he lists his current job as President of WGB Insurance Benefits, where he's worked for almost 20 years.

John doesn't appear to have public social media accounts, but Shannon hasn't shied away from sharing photos of him on Instagram. After all, she's been using the "L" word for more than a year now. "I've never been happier. I’m in a really great place," she told Us Weekly last August. "My friends have known him for 30 years, so I didn’t have to make sure he was there for the right reasons. … He's just a great person. I have a great connection with him. … I’m very much in love."

Following her contentious divorce from ex-husband David Beador, John seems to be a breath of fresh air. "What lacked in my marriage before is I want to be part of a partnership and team. I'm looking forward to that," she added to the magazine, confirming she would "absolutely" get married again someday.

Shannon discussed a possible engagement with John during a recent appearance on Bravo's Watch What Happens Live, revealing they still weren't living together "The bottom line is I do want to be married and in a partnership," she said. "But I'm 56 years old, and I want to make sure that it's right. I don't want to make the wrong decision again, so I’m not in a rush for anything."