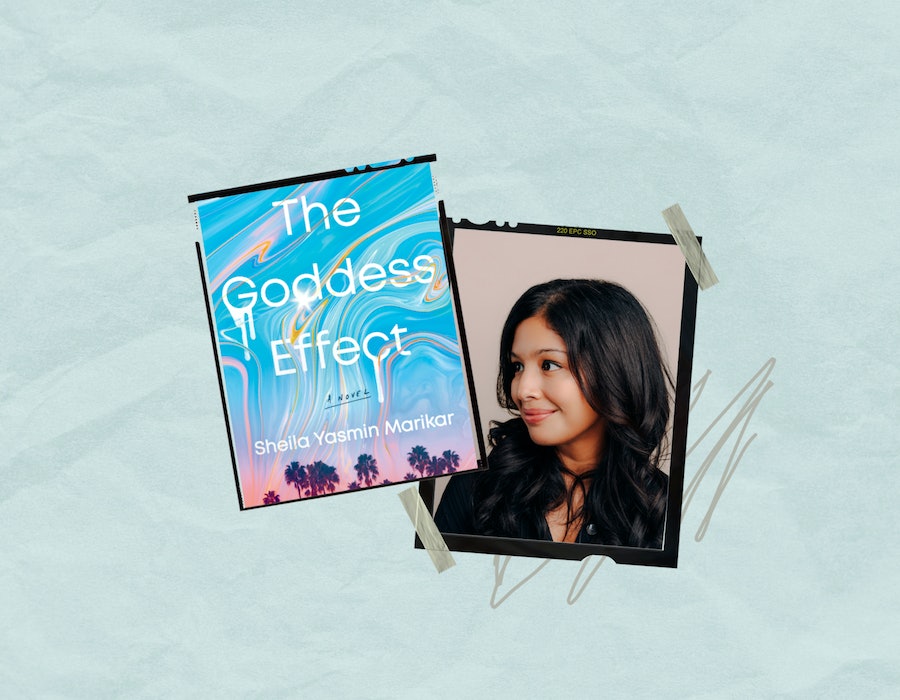 The Peloton fad is over, or so declared Bustle last week. Used bikes flood Craigslist and Facebook Marketplace, and in September, the fitness company, whose market cap peaked at roughly $50 billion in January 2021, reported a $1.2 billion quarterly loss. For me, the bikes have become reminders of pandemic-era isolation and the loneliness it begot. Many people joined Peloton for its virtual cheer squad, a stand-in community when in-person gathering was literally outlawed in some places. But now, people can get that “happy hormone” boost IRL again, and are heading back to in-person fitness classes. Ditch the bike, right?

Sheila Yasmin Marikar is a fitness class evangelist. When she moved to Los Angeles in 2015, she signed up for a three-month unlimited special at Body by Simone. “Anytime I’m in a new city, the first thing I figure out is, ‘Where is my grocery store and where am I working out?’” says the writer, whose debut novel, The Goddess Effect, hit shelves earlier this month.

Her book uses the wellness industry as a landscape upon which to needle issues of belonging and community, and what we’ll overlook when we’re desperate for them. Anita, the 30-something protagonist, moves to LA to live in a communal living space for aspiring entrepreneurs. She quickly joins a fitness studio called the Goddess Effect, run by the enigmatic instructor Venus von Turnen as a means to implement structure and community into her new life.

Anita could use some validation about her cross-country move, and her ambient insecurities make her susceptible to cultish behavior. Before long, she’s making decisions based on “What would Venus do?”

“These classes function as a way of community building, whether they’re cultish or not, [like] men who have golf and the whole ‘country club thing,’” says Yasmin Marikar, who’s written stories about urban communes, luxe fitness retreats, and toxic workplaces for outlets such as the New York Times, Bloomberg Businessweek, and Bustle. “But I’ve made friends and built relationships through some of these classes.” The novel isn’t a straight critique of the wellness industry, as much as it builds a story within that framework, more Nine Perfect Strangers than Who Is Wellness For?

“I’m generally not interested in a show, book, or movie if the characters are all paragons in society.”

How did this book come about?

The idea came from back in 2014. I had written a story about modern-day communes for the New York Times Style section. These were up in San Francisco and the Bay Area. I visited a lot of these communes and got to know people living there. The story stuck in my mind, this idea of people from different walks of life who may not encounter each other otherwise, which could make for a compelling fictional story. Several months later, in 2015, I was on a train from LA to San Diego and wrote 1,000 words [about a] house called the Gig.

Was LA’s fitness scene always part of the story?

The Goddess Effect came into it as a thing for Anita to lose herself in. I've been obsessed with boutique fitness for more than 10 years. The way Anita latches onto The Goddess Effect is the way that I latched on to Body by Simone when I moved to LA.

I’ve never been involved in a boutique fitness group like that, so it presented another immersion experience for me as a reader, in addition to the Gig.

Definitely. And it wasn’t just Body by Simone. I’ve been to so many classes over the years, [like] The Class by Taryn Toomey, which, when people talk about cultish workouts, that’s exactly how the class is described. They have rituals where you stomp your feet up and down, and scream if the instructor tells you to.

How much did you make up, versus relying on actual experiences from workout classes?

I was creating new pieces, because I was wary of doing a thinly veiled fictional version of something that’s already out there. An instructor like Venus is not someone I’ve ever encountered. She’s very withholding, which [is a trait] my friend Amanda Montell wrote about in the book Cultish.

You’re very in the know about the LA fitness landscape. What did your research process look like, in addition to attending different classes?

A lot of the research came from my own adventures reporting. The notion of a workout retreat first became apparent to me when I attended a workout retreat outside of Austin, Texas, for a Businessweek story about how women who are at a certain point in their careers, who have the wherewithal to spend $4,000 for a weekend of working out and staying at a luxury resort, [did so as] a new way to network.

In terms of Anita, is she reflective of one person, or more of a composite character?

Anita is a brasher, more reckless version of me. A lot of her feelings are things I’ve felt at various points, and sometimes when she acts out, it’s something I wished I had the courage to do in [a particular] moment. If I were an animated cartoon and unafraid of consequences, I might be Anita.

Yeah, and it’s a little bit by design. I wanted to have an unlikable female narrator. And because you’re seeing it from her perspective, you’re getting the stories she tells herself to justify whatever she’s doing. And to be inside anyone’s head is probably just not a place you want to be.

So many of the characters around her have a bit of cringe to them, too.

Definitely. I’m generally not interested in a show, book, or movie if the characters are all paragons in society. I mean, I love Succession, Industry. I just started Vanessa Bayer’s new Showtime show, I Love That for You, which does a really good job of making unlikable female characters. Your first impulse might be to hate them, but as the season goes on, you see why they’re acting in those ways.

For Anita, how did you figure out what parts of her internal monologue to include, especially in regard to social media?

There was initially a lot more internal monologue, more hemming and hawing over social media posts, what to text someone, how to properly word an email. Toward the end, when Anita’s in a Goddess Effect class, she’s in a figure-four stretch, kind of lying on her back, looking up at the ceiling. She knows that something is up with this company. But instead of fixating on that, she’s like, “I could make a post about this ceiling.” I totally engage with Instagram [that way,] where it’s like, “I don’t want to think about this other thing. So let me just scroll.”