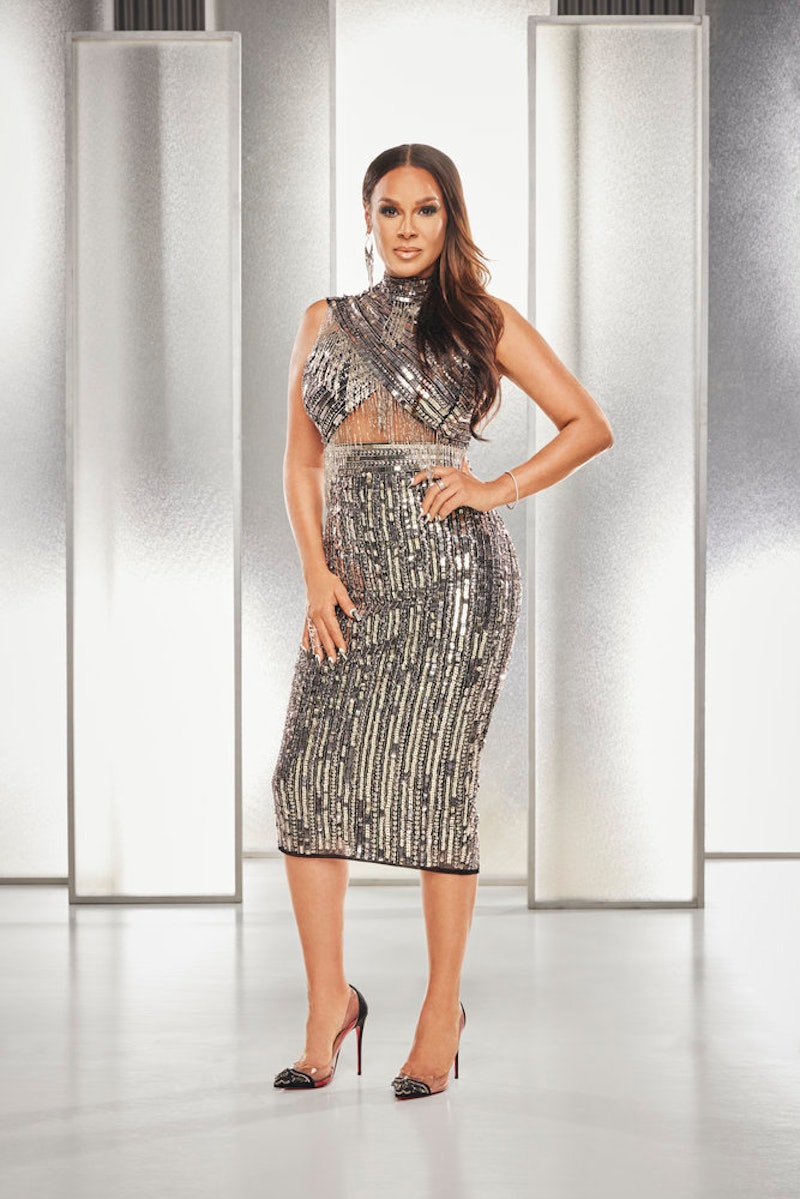 Before joining Bravo’s The Real Housewives of Beverly Hills, new Season 12 friend Sheree Zampino was OK with being primarily known as Will Smith’s ex-wife. “It could be worse,” Zampino, who was married to the Oscar winner for three years in the early ’90s, explained to Entertainment Tonight in 2020. “The reality is, that is a part of my history.”

The Smith family is also very much a part of her present. In fact, Zampino, who shares 29-year-old son Trey with the actor, was the first guest on Jada Pinkett Smith’s Red Table Talk in May 2018. During the web series’ inaugural episode, Pinkett Smith apologized for dating Smith before he and Zampino had finalized their divorce, as the women explained the rocky start to their relationship. Pinkett Smith added that there’s a “true sisterhood” between them now, and Zampino referred to the Smiths as her “forever family” during the emotional chat.

That’s why when Smith called their 1995 divorce his “ultimate failure” during a 2020 Red Table Talk episode, his former wife “was not pleased” and “challenged” him because she didn’t want to be associated with the word. “I don’t want to be in the same sentence with ‘failure,’” Zampino added to ET. “When you look at what we’ve been able to do, the marriage didn’t work, but we are a success. The love that we have for each other, the co-parenting journey — and not doing it perfectly, but being effective, and being an example for other people. So, we’re — I’m — a part of his greatest success.”

RHOBH viewers first met Zampino during Season 10 when another of Smith’s exes, Garcelle Beauvais, invited her to film a happy hour scene. As fans learned at the time, the women are close, longtime friends and there’s no bad blood over Beauvais briefly dating Smith shortly after their split. Only time will tell who, if anybody, she has drama with on the show.

Fans will have to wait a bit to find out, though, as Zampino posted on May 10 that she won’t make her RHOBH entrance until sometime in mid- to late June. In the meantime, here’s everything to know about the newcomer — including her thoughts on Smith’s infamous Oscars slap night.

In her Instagram bio, Zampino refers to son Trey as “The AngO” and notes that she’s “here to serve” and God comes first. In addition to plenty of mother-son shots, she has several photos with Pinkett Smith and Smith, as well as with their children, Jaden and Willow Smith. Zampino was even with the Smiths the night Will slapped Chris Rock at the 2022 Academy Awards. Filming the family reaction to the King Richard star’s Best Actor win and acceptance speech, she wrote that he was “more than deserving” of the award. Though she didn’t address the incident directly, Zampino shared a March 28 photo with Smith and his Oscar, which she captioned, “Epic Night! Congratulations again - when 1 wins we all win! #family1st.”

Described in her Bravo bio as an “entrepreneur and artist,” Zampino is also an inspirational speaker who studied at both the Fashion Institute of Technology in New York City, as well as Los Angeles’ Fashion Institute of Design & Merchandising. In 2006, she founded Whoop Ash Body Butter after reading Sue Monk’s The Secret Life of Bees inspired her to experiment with honey in her gumbo pot. What started as a hobby while her son was at school is now a full-fledged business offering three sizes, ranging from $16.95 to $29.95 in price. Three years after she founded Whoop Ash, she went on to create Sheree Elizabeth Boutique, which focuses on fashion, jewelry, and accessories and operates both online and in pop-up shops.

Prior to joining RHOBH, Zampino appeared on another reality show, VH1’s Hollywood Exes, from 2012 to 2014 with her then-husband, NFL star Terrell Fletcher. After seven years of marriage, she filed for divorce from him in November 2014, citing irreconcilable differences, according to TMZ. It’s unclear who else Zampino may have dated since then, but she currently appears to be single.

More like this
'RHOP' Stars Robyn & Juan Reportedly Got Remarried & Filmed The Ceremony
By Brad Witter
RHOP’s Robyn Dixon Explained Why Juan Paid For Another Woman's Hotel Room
By Brad Witter
'RHOSLC' Star Jen Shah Refuses To Do A Post-Sentencing Interview With Andy Cohen
By Brad Witter and Jake Viswanath
Brianna Revealed Why 'The Bachelor' Premiere Was Tougher For Her Than You Saw On TV
By Brad Witter
Get Even More From Bustle — Sign Up For The Newsletter
From hair trends to relationship advice, our daily newsletter has everything you need to sound like a person who’s on TikTok, even if you aren’t.