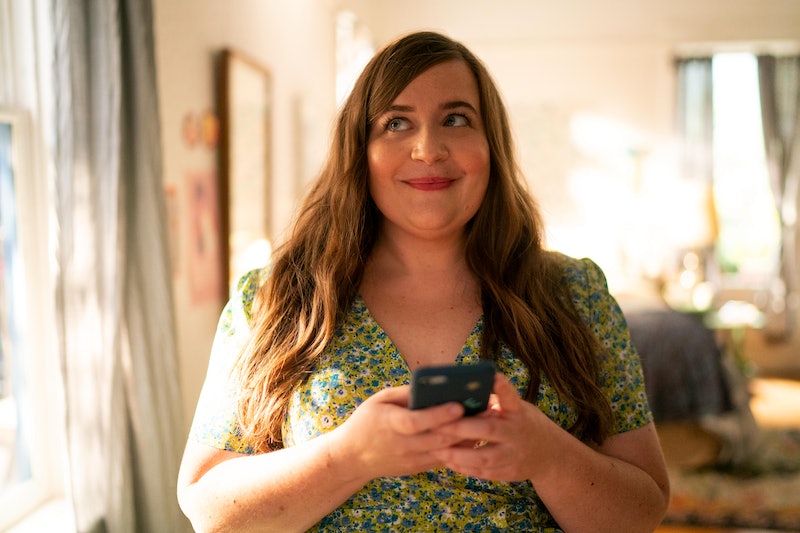 Aidy Bryant fans, it’s time to say goodbye to the fat girl anthem that is Hulu’s Shrill. In January 2021, it was announced that the series would end after Season 3.

While Shrill won’t return for Season 4, in a January statement Bryant said working on the show was “one of the most creatively satisfying experiences” of her life, per The Hollywood Reporter. “We are incredibly proud of this upcoming third and final season and are so grateful to the audience who connected with this story.” Bryant, who was also an executive producer and writer on the show, added that she’s “deeply honored” to have worked so closely with the writers, cast, and crew to create Shrill while she was also appearing on Saturday Night Live. “It is a time I will never forget.”

Season 3 was never actually meant to be the show’s final season, but Bryant told Deadline that they managed to roll with the sudden cancellation. “It was kind of a cool after-the-fact thing where we were like, ‘Okay, we have this footage. We have this story that we wrote potentially to go onward but now it’s ending and how can we try and make that satisfying through editing?’” she explained. “I think, very luckily, we’re super happy with it as an ending, and we really like how it landed in this more realistic place, as opposed to feeling like we had to tie it up in this perfect bow and give Annie this beautiful sunset.”

Based on the book of the same name by Lindy West, Shrill follows Bryant as the young journalist Annie, who at the start of the series is a passive bystander in her own life and has almost no concept of self worth. She’s overlooked at work, her weight is constantly policed by her mom, and she hooks up with a man-child who makes her sneak out the back fence so his roommates won’t see her. Through her budding career — and in one particularly memorable pool party episode — she begins to connect with fellow fat women and finds the confidence to advocate for herself at work and eventually break up with her dud boyfriend Ryan.

In the show’s third and final season, Annie is poised to make even more major life changes, if only she has the courage to seize the opportunities. "Aidy and I just said over and over ... We're going to make the show that we needed when we were younger,” West told NPR. “This is why we made the show. You don't see fat people being happy on TV. If there's a fat character on TV they are sad. They're trying to lose weight, or they're having a makeover montage, or they get whacked over the head and believe that they're beautiful because it's a delusion.”

While we won’t get to enjoy any more of Annie and her friend Fran’s (Lolly Adefope) adventures, Bryant can still be seen on Saturday Night Live. Adefope will be a judge on the upcoming comedy writer competition Screenshot, while West recently published a new humorous book, Sh*t, Actually: The Definitive, 100% Objective Guide to Modern Cinema.

Ultimately, West told Deadline that she and Bryant are content with how Shrill ends. When asked if they would do anything differently if they were given more money to shoot a new finale, West told Deadline, “I would maybe keep the finale as is but take the money and throw another pool party. Not shoot it. Just have it.”

More like this
Everything To Know About 'Only Murders In The Building' Season 3
By Gretchen Smail and Kadin Burnett
Pamela Anderson's Sons Brandon & Dylan Have Their Own Hollywood Careers
By Arya Roshanian
Wait, Is Barney Stinson Related To Sophie On 'HIMYF'?
By Gretchen Smail
Pamela Anderson’s Dating & Marriage History Could Be Its Own TV Series
By Jake Viswanath
Get Even More From Bustle — Sign Up For The Newsletter
From hair trends to relationship advice, our daily newsletter has everything you need to sound like a person who’s on TikTok, even if you aren’t.