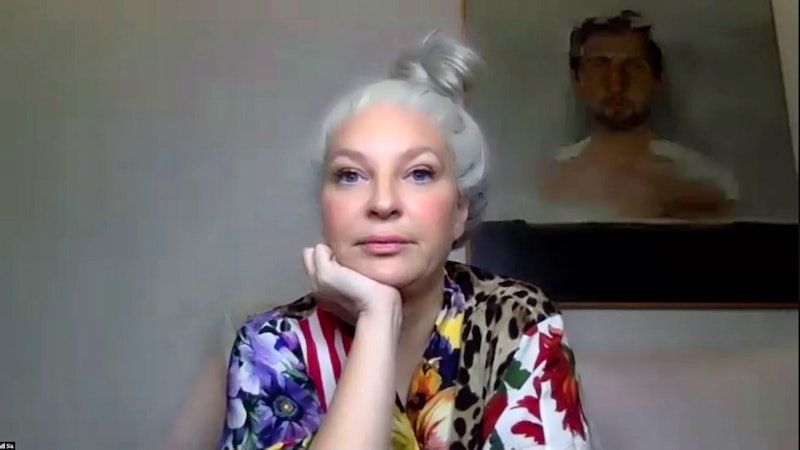 Sia faced intense backlash in 2020 for casting Maddie Ziegler, who is neurotypical, as an autistic teenager in her directorial debut, Music. The autism community accused the singer-songwriter of ableism and heavily criticized her for not giving the opportunity to an autistic actor instead. At the time, Sia fiercely defended her decision. But now, the musician is telling The New York Times that the criticism took an enormous toll on her mental health and made her contemplate suicide.

“I was suicidal and relapsed and went to rehab,” Sia was quoted saying in a Jan. 19 profile of Kathy Griffin, who she considers a close friend and confidant. In the midst of the backlash, the comedian reportedly convinced the “Unstoppable” singer to join her for dinner at Craig’s in Los Angeles, where they were sure they would be photographed by paparazzi. The goal was for both of them to get some healthier media coverage. “She saved my life,” Sia confessed.

The criticism over Sia’s casting choice began in November 2020, when the movie’s trailer first dropped. In response to the backlash, the musician explained to Australia’s The Sunday Project that casting Ziegler wasn’t ableism, but something entirely different. “I mean, it is ableism, I guess as well, but it’s actually nepotism because I can’t do a project without her,” she said, referring to the abundance of projects they’ve done together. “I wouldn't make art if it didn’t include her.”

Unfortunately, Sia’s explanation didn’t go over well and many critics called for a boycott of the film. Others accused her of making “zero effort” to cast autistic people in the project. In response to the criticism, she took to Twitter: “I cast thirteen neurotypical people, three trans folk, and not as f*cking prostitutes or drug addicts but as doctors, nurses and singers,” she wrote. “F*cking sad nobody’s even seen the dang movie. My heart has always been in the right place.”

That particular tweet didn’t win over anyone on Twitter, either. And when one fan responded that several autistic actors showed interest in being cast in the film, them included, Sia clapped back. “Maybe you’re just a bad actor,” she tweeted. “I actually tried working with a beautiful young girl non-verbal on the spectrum and she found it unpleasant and stressful. So that’s why I cast Maddie.”

Music went on to be nominated at the 2021 Golden Globes, which sparked renewed backlash. On Feb. 4, Sia apologized and revealed that she would be adding a disclaimer and cutting certain scenes, including the one “showing restraint being used on Ziegler’s character.” “I’m sorry. I plan to remove the restraint scenes from all future printings,” she wrote. “I listened to the wrong people and that is my responsibility. My research was clearly not thorough enough, not wide enough.”

More like this
How Andrea Riseborough Got Nominated — & Almost Disqualified For An Oscar
By Jake Viswanath
'Knock At The Cabin' May Start Streaming Sooner Than You’d Think
By Jake Viswanath
Reese Witherspoon Confirms This Fan Favorite Will Return For 'Legally Blonde 3'
By Jake Viswanath
Bennifer's Relationship Timeline Now Includes A Grammy Date Night
By Jake Viswanath
Get Even More From Bustle — Sign Up For The Newsletter
From hair trends to relationship advice, our daily newsletter has everything you need to sound like a person who’s on TikTok, even if you aren’t.