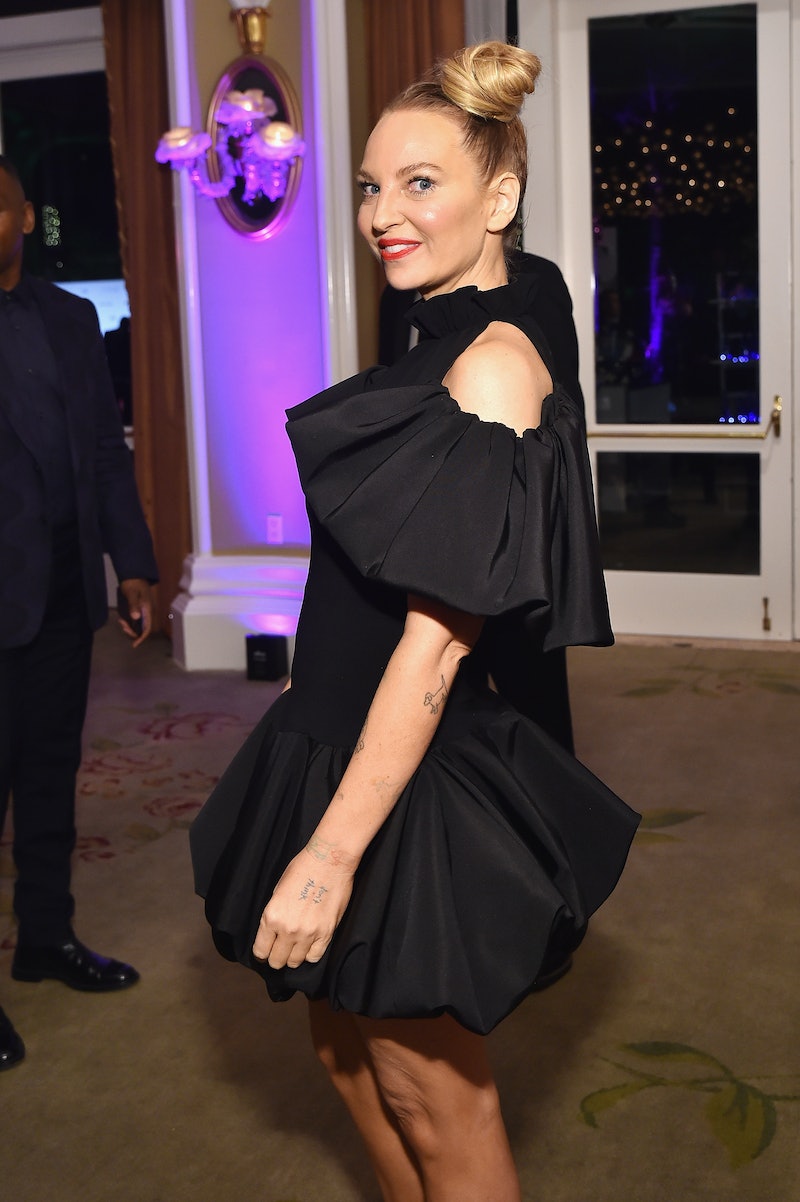 The New York Times once labeled Sia "the socially phobic pop star," as she was incredibly "uncomfortable with the prospect of becoming famous" following the release of her fifth album in 2010. But We Are Born launched her into a new realm of celebrity, and fame latched onto the Australian singer-songwriter like her very own shadow. Ironically, after performing for years in wardrobe and hairstyles suited to shroud her face, the ultra-private celeb found herself at the center of a number of headline-making controversies.

One of those controversies involved Sia's now 18-year-old muse, Maddie Ziegler, and actor Shia LaBeouf. When they collaborated for their "Elastic Heart" interpretative dance segment, many viewers thought it pedophilic. Fast forward to 2021, and Sia and Ziegler are entangled in another scandal. Like the 2015 controversy, this one has everything to do with Sia's casting decisions for her directorial debut, Music. As the singer and the film continue to cause a stir, here's a primer on why Sia is under fire for the Golden Globe-nominated musical drama.

What's The Story Behind Music?

Music, slated to premiere this February, stars Ziegler in the leading role of an autistic teenager named Music. Other stars attached to the movie include Kate Hudson, Leslie Odom Jr., Juliette Lewis, and Hector Elizondo.

Judging from its trailers, Music tells the story of Ziegler's character and her half-sister Zu (Hudson), who once sold drugs and has stepped in to care for Music following the death of her grandmother. Zu's story and Music's interpretation of the world as a young girl with autism are expressed with surreal musical vignettes interspersed throughout the film.

Why Are Critics Mad About Music?

When the first official trailer for Music dropped in December 2020, Sia received backlash for casting Ziegler, who is not autistic. Sia defended her decision to work with Ziegler again, stating that the executive move was, in her opinion, more an act of favoritism.

"I realized it wasn't ableism. I mean, it is ableism, I guess as well, but it's actually nepotism because I can't do a project without her. I wouldn't make art if it didn't include her," Sia explained during an interview with Australia's The Sunday Project. Still, many members of the autistic community were unhappy with Sia's commitment to keeping Ziegler in the titular role. They also took issue with Sia appearing to make "zero effort" to cast any autistic people in the film.

In response to criticism on social media, Sia tweeted, "I cast thirteen neurotypical people, three trans folk, and not as f*cking prostitutes or drug addicts but as doctors, nurses and singers. F*cking sad nobody's even seen the dang movie. My heart has always been in the right place." When someone clapped back at her, stating they and several other actors had expressed interest in being cast, she wrote, "Maybe you're just a bad actor." Sia added, "I actually tried working with a beautiful young girl non verbal on the spectrum and she found it unpleasant and stressful. So that's why I cast Maddie."

Critics also voiced their concern about Sia's support for Autism Speaks, an advocacy organization founded in 2005 that provides autism awareness for individuals and families. Autism Speaks, which endorsed Music, was the subject of a searing 2015 LA Times op-ed. Written by Stevie Silberman, the opinion piece called out the group for not being "truly committed to serving the needs of autistic people and their families." The writer added, "Autism Speaks' myopia is symptomatic of a larger problem in the United States."

When it came to the Autism Speaks controversy, Sia tweeted, "Autism Speaks came on board long after the film was finished. Four years in fact. I had no idea it was such a polarizing group!"

When the Hollywood Foreign Press Association announced those controversial Golden Globes nominations on Feb. 3, Music's nods were condemned on social media. One Twitter user wrote, "I'm so angry in this moment that Sia's horribly bad take on autism is being REWARDED by the Golden Globes. All this does is show filmmakers that it's ok to exploit the disability narrative, even when it does active harm against the community."

Although Sia consistently defended her choices amid heavy disapproval, the pop star eventually tweeted a few statements as her way of apologizing to her displeased followers. On Feb. 4, she informed her followers that she decided to "recut" certain scenes from the film, like the one "showing restraint being used on Ziegler's character as she's having a breakdown," in addition to adding a warning message at the beginning of the movie. Ultimately, she deactivated her Twitter account that same day after saying she was "sorry" and that she trusted the "wrong people" to work with.

During a January interview with Germany's Cinema magazine, Ziegler said she was "honored" to portray Music. "I love this movie so much," she gushed at the time. The dancer went on to explain, "Taking on a character like this, I was sold because of the dream fantasy world. Of this imagination that Music is transformed into ... That creative side, that unity, and love and community that all comes together in the end is really beautiful. And that's why I'm attached to it so much."

Since the Music controversy bubbled up, Ziegler has remained silent and has yet to speak on Sia's disappearance from Twitter, criticism of her performance, or the movie itself. As of Feb.11, Ziegler's last tweet was written on Feb. 1, promoting her Morphe Cosmetics collection. Ziegler posted a picture to Instagram on Feb. 10 to promote another film she's also starring in.

Despite Ziegler's silence, Hudson gave an impassioned statement about the public backlash surrounding Music during an episode of Jimmy Kimmel Live! When asked by Kimmel if she thought the message of the movie was expressed in the way she hoped it would be, she said, "I think when people see the film that they will see the amount of love and sensitivity that was put into it. But, it is an important conversation to have and it's, not just about the movie, but as a whole, you know, about representation." She continued, "For me, where I hear that there's anybody that feels left out, I feel terrible."

In reference to her Golden Globes nod, Hudson exclaimed, "I'm really excited. I really wasn't expecting it at all... it was very exciting," before reverting back to Kimmel's direct inquiry concerning the film's controversy. Hudson began, "Nobody has really asked me that...I've only been asked to sort of comment on it through a quote, and it's not a soundbite conversation. I think it's an ongoing, important dialogue to be had about neurotypical actors portraying neurodivergent characters. It is an important one to have with people who are experts and really know how to...engage in the conversation. And so I encourage it, really, truly. We are listening. It's an important dialogue to have."

Hudson continued by stating she doesn't believe she's the best person to speak on the topic but believes there needs to be a "continuous conversation" to ensure representation and that these types of stories are told appropriately. You can listed to her full thoughts below:

If you're curious about Music, the film premiered in theaters on Feb. 10 and hits video on demand on Feb. 12. If you choose to watch, you now have all the context to form your own opinion. However, if you don't want to watch out of curiosity and give Sia your views, some have already reviewed the film, so you can read more specifics about Music and why it's causing so much contention.

More like this
The 'Love, Lizzo' Harry Styles Scene Is Just 1 Moment That Made Fans Feel Seen
By Brad Witter
North West Has Mastered The Wednesday Addams & Lady Gaga TikTok Dance
By Jake Viswanath
Kim K Is Putting Kanye’s Memorabilia — Like Grammys & Clothes — In A Vault
By Jake Viswanath
Taylor Swift Fans Sue Ticketmaster For The Eras Tour “Ticket Sale Disaster”
By Jake Viswanath
Get Even More From Bustle — Sign Up For The Newsletter

This article was originally published on Feb. 11, 2021