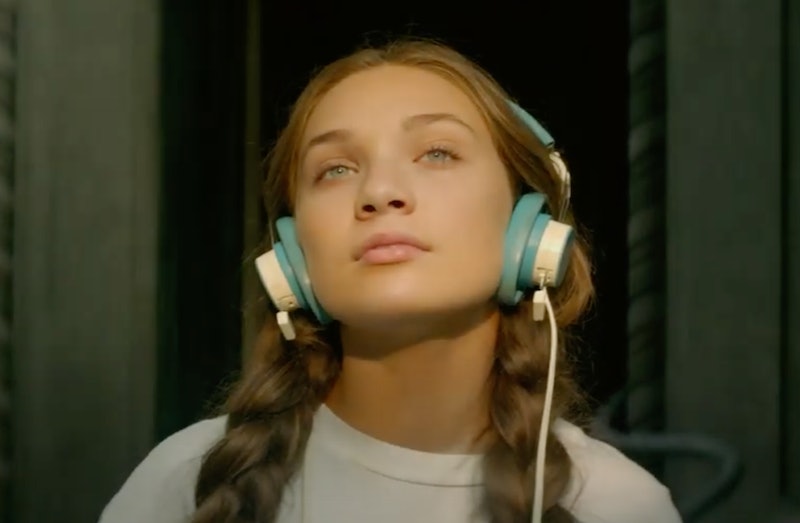 A premiere date and brand new trailer has arrived for Sia's upcoming film, Music. The singer's directorial debut will arrive in theaters on Feb. 10 and everywhere on-demand on Feb. 12. The film, which is embroiled in controversy, sparked backlash in November for casting Maddie Ziegler in the titular role of a teen with autism.

The trailer offers a closer look at the musical drama that follows a newly sober woman, Zu (Kate Hudson), who becomes the sole guardian of her half-sister Music (Ziegler), a teen on the autism spectrum, after the death of their grandmother. After the grandma's passing, Zu hopes for some kind of will to help pay off debts. Instead of money, however, she's left with Music.

"There’s no money," Zu reads from a letter left by her late grandmother in the preview. "There's, however, a magical little girl — your sister. All she's got now is you." A bond is formed. "I'm going to help her just like she helps me," Zu, who struggles to remain sober, later says. "I'm actually learning how to love because I love her." The film, co-written by Sia and Dallas Clayton, also stars Leslie Odom, Jr., Ben Schwartz, and Juliette Lewis.

When Sia shared a brief preview in November, Twitter users expressed disappointment that people with disabilities and neurodiverse actors were excluded from the project. The "Chandelier" singer responded to the criticisms in now-deleted tweets that read, "I cast thirteen neuroatypical people, three trans folk, and not as f*cking prostitutes or drug addicts but as doctors, nurses and singers."

"F*cking sad nobody's even seen the dang movie," the musician continued. "My heart has always been in the right place.” Sia also defended her decision to cast Ziegler, writing, "I actually tried working with a beautiful young girl non verbal on the spectrum and she found it unpleasant and stressful." Later, Sia doubled down during an interview with Australia's The Sunday Project. "I realized it wasn't ableism, I mean it is ableism I guess as well, but it's actually nepotism because I can't do a project without her," she said. "I wouldn't make art if it didn't include her."

The casting decision, however, was not the only source of controversy. The film also received backlash for working with Autism Speaks, an organization that has long been denounced by advocates and the autism community. John Robison, a former advisory board member, has called the organization "destructive." In now-deleted tweets, Sia said she wasn't aware that Autism Speaks "was such a polarizing group." She later pushed back, "F*ckity f*ck why don't you watch my film before you judge it? FURY."