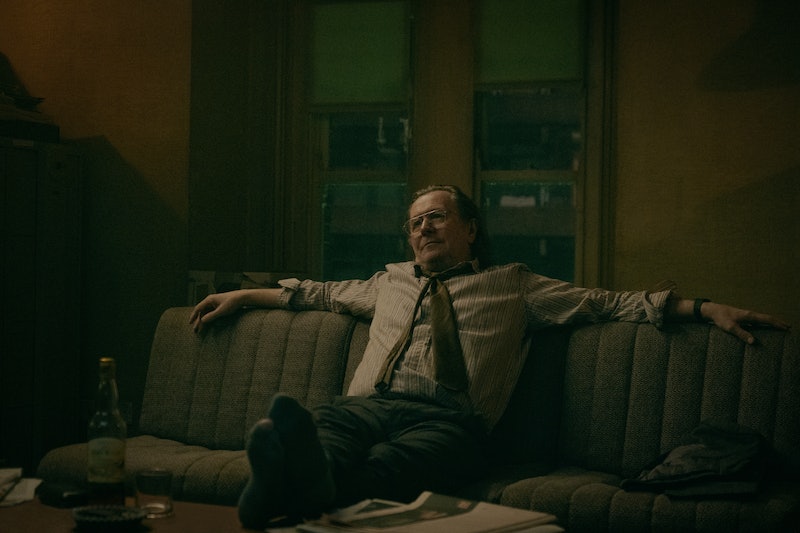 On April 29, Apple TV+ is set to release the Season 1 finale of Slow Horses. An adaptation of the first of Mick Herron’s Slough House collection of spy novels, the show follows exiled spies trying to extend their marred careers in a dingy, contemporary London. Gary Oldman leads the series as Jackson Lamb, a past-his-prime agent who is toiling away, hoping to somehow find himself back in the fray. He and his Slough House subordinates spent the majority of Season 1 haplessly trying to get to the bottom of a white supremacist group’s violent transgressions. Unsurprisingly, most of their attempts at espionage just make things messier, and in the finale, audiences should soon discover if they can fix their fiasco. And if they do, will there be enough mischief left over to support a second season?

By all accounts, the answer is a resounding yes. “Apple have already shot the next six [episodes],” showrunner James Hawes revealed in an interview with Deadline. “They will air sometime later this year. And there is every hope and intention that there will be another couple of seasons in the immediate future.” Which means that any fans of Slow Horses can rest assured knowing several more seasons could be on the horizon.

It also doesn’t seem as though the series will be struggling to find source material. As previously stated, the first season of Slow Horses is based on the first book in a series of spy novels written by Herron. At the time of publication, there are eight books in the series, the second of which, Dead Lions, will likely serve as the source material for the show’s already confirmed Season 2.

Hawes sounds pretty excited about the potential of the series going forward. He sang the praises of the writing team’s ability to bring Herron’s work to life while buzzing over just how much source material is still available: “there’s the promise of more research to do in the novels, and legs for those characters — journeys for those characters — through the eight novels that exist,” he said. It’s unclear if Slow Horses plans to adapt a new novel per season — assuming the show’s renewals continue at the same rate — but the future still looks fairly bright for the otherwise dingy lives of the Slough House.

Given the time and care put into selecting the cast for Slow Horses, expect much of the Season 1 stars to reprise their roles in Season 2. “We wanted the casting to be just off beat,” Hawes told Deadline. “We needed actors who had the ability to do straight drama but also had a sense of comic rhythm and timing, to have that little comedy bone.” The dexterity of the performances is what allows the series to shift “between being a proper thriller with real stakes and people that die to, almost immediately, the very dark humor that is a crucial part of its DNA,” Hawes stated.

Hawes said in April 2022 that the next six episodes “will air sometime later this year,” but Apple TV+ has yet to release an exact date. This post will be updated as more details are released.