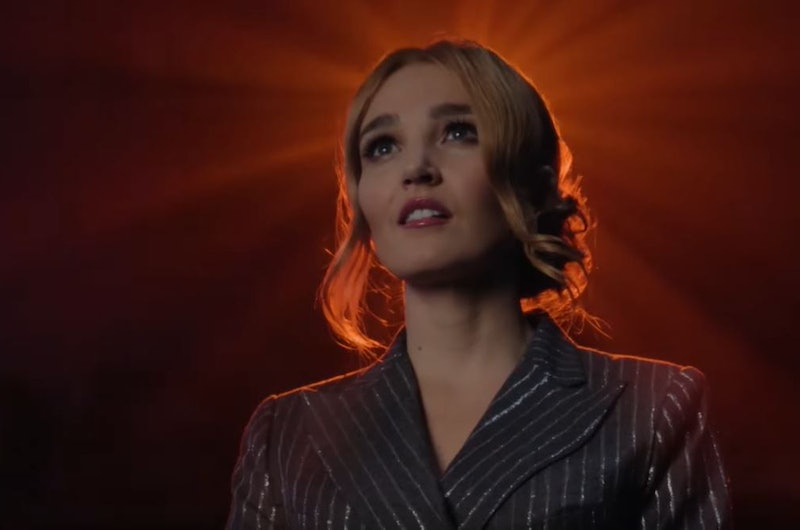 It’s officially back-to-SNL season. Saturday Night Live Season 48 kicked off on Oct. 1 with first-time host Miles Teller, a replenished cast, and even a new look. Although fans on Twitter generally gave the premiere episode mixed reviews, there was one particular sketch that many agreed was a highlight. SNL took inspiration from Nicole Kidman’s campy, meme-worthy AMC ad, and the Chloe Fineman-led sketch aptly captured the unexpected phenomenon it has become.

Kidman’s AMC commercial debuted more than a year ago, in September 2021, as movie theaters were trying to get people back in seats. To showcase the moviegoing experience, AMC got Kidman to deliver a fervent monologue about cinema. And then it went viral. There were memes, there were shirts, and there were even Real Housewives recreating it for Bravo. Somewhere along the way, people even started standing up and saluting as the promo played before movie showings.

The SNL version embraces and makes light of the ad’s bizarre hold on people. As Kidman, Fineman delivers the same iconic lines, but her speech soon takes a turn. When she says, “Heartbreak feels good in a place like this,” her fellow audience members rise out of their seats to salute and chant with her. Seemingly fueled by the power of their devotion (or maybe just their shared love of movies?), she levitates above her seat as wind blows and energy flows.

Fineman’s Kidman did the heavy lifting in the sketch, but Kenan Thompson also had an important role. He portrayed a moviegoer who wasn’t getting as swept up in her speech as everyone else. The contrast between his confusion and the other audience members’ indoctrination was gold, especially when he asked at the end, “What the [beep] just happened?”

The sketch earned a lot of praise on Twitter from fans who felt SNL had nailed it. One person described it as an “amazing and accurate depiction of the fandom,” while someone else wrote that it “just f*ckin annihilated” them. Still another fan tweeted that it was “the greatest thing [they’ve] seen on the show in like a decade.” Many others had praise for the spoof’s star, with one person writing, “Chloe Fineman as Nicole Kidman in the AMC commercial… 10/10.”

Unfortunately, Kidman hasn’t responded to the SNL version of her ad yet, but she’s been known to appreciate all the enthusiasm. Although she was initially shocked to hear just how into her heartbreak quote people are, according to The Playlist, she said to the outlet, “But it’s a great line, right? It’s so true.”

AMC and Kidman are already teaming up on another commercial — with Billy Ray Cyrus, too — so the ad’s devoted fans and Saturday Night Live may have more material to work with soon.