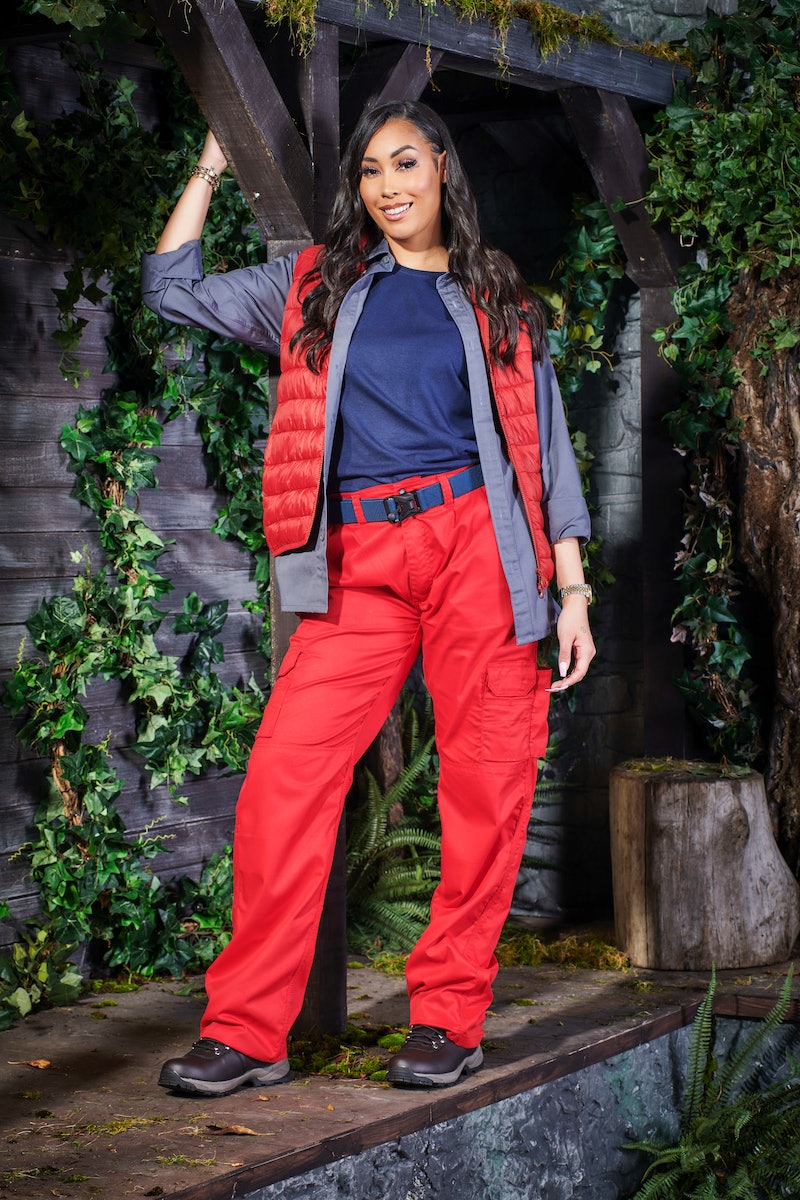 ITV has confirmed the ten celebrities who will be swapping the comfort of their sofas for Gwrych castle for season 21 of I’m A Celebrity...Get Me Out Of Here. As the newest celebrities will face days living off rice, new and terrifying challenges, and tiffs around the campfire, viewers will really get to know the famous faces on their screens. And here’s everything you need to know about Snoochie Shy. The London born Radio 1Xtra DJ has got a few reservations about entering camp.

What is Snoochie Shy’s Job?

Snoochie Shy, also known as Cheyenne Davide, is a DJ on Radio 1 Xtra, model, and presenter. She got her first gig on the radio while hosting the breakfast show on Radar Radio. She went on to become one of the faces of MTV UK and in 2019 she took over the late-night show on Radio 1Xtra on Monday’s to Thursday’s. She uses her show to shine a spotlight on new musical talent.

Shy definitely has a fun side and isn’t afraid to spill the tea. Alongside her radio work, she has a podcast on BBC Sounds. She hosts Slide Into My Podcast with Love Island’s Kaz Crossley and Jordan Hames. They take a deep dive into the DMs of some of the hottest music and TV stars of the moment.

While you can find her DJing on Radio 1 every week, Shy has also taken her talents far beyond the radio. She’s collaborated with Topshop, River Island, Adidas, and G Star to provide the music at events and has modelled for the likes of Nike, Reebok, Ugg, Adidas, Tommy Hilfiger, Warehouse, Vans, Dr Martens, and Misguided.

As her personality is already such a huge part of her job, Shy revealed that she’s got a couple of reservations about how her existing fans may perceive her as she enters the castle. “People know me as a very bubbly person but when I am outside of my comfort zone, I can be shy,” she said.

However, she will definitely get the party started. "I love twerking on a Friday night,” she said, “and I'm going to teach everyone how to do it in the Castle."

While some celebrities go on I’m A Celebrity...Get Me Out Of Here to raise their social media profile, Shy has already got an impressive 126k followers on Instagram and 26.3k followers on Twitter. Since announced that she’d be entering the castle, her bios changed to “Currently run by SNOOCHIE HQ.” So you know her friends and family are ready to represent and support her during her time on the show.

When she’s not promoting a new radio project or presenting gig, Shy isn’t afraid to share a glam look or makeup tip on her Instagram.

What Else Is There To Know About Snoochie Shy?

After it was announced that Shy would be one of the ten celebrities to enter I’m A Celebrity in 2021 she was quick to say which home comforts she’d miss the most. It turns out she’ll be thinking about her “cat and lip gloss" the most. Her dream fellow campers would be “Jim Carrey and Big Narstie" but she isn’t looking forward to challenges that involve “bugs, heights and I'm claustrophobic."

However, when she does have to face her fears in the bushtucker trials she’s got some pretty famous pals in her corner to cheer her on. I’m A Celebrity isn’t Shy’s first shot on a reality TV show. In season three of Celebrity Gogglebox, she appeared alongside unlikely friend Jeremy Vine. The pair provided some seriously comedic commentary to MTV’s Catfish.

Speaking after the show to The Sun, Vine said, “I am friends with Snoochie Shy and I got to spend time with her which is great."

Similarly, after it was confirmed that she’d be heading to the castle one of her closest friends wrote, “My best friend is going into the castle and I’m about to do everything in my power to see her do every challenge because THAT is what friendship is about. Seeing the other person suffer for your own humour. Time to swallow the beetle balls!!! Congrats @snoochieshy you got this!” That is true friendship.

More like this
Twitter Has Renamed Ekin-Su After *That* 'Dancing On Ice' Performance
By Sophie McEvoy
This Pre-'Love Island' Video Of Olivia & Zara Together Changes Everything
By Bustle UK
Twitter Can’t Make Up Its Mind About Ekin-Su’s 'Dancing On Ice' Skate-Off
By Sophie McEvoy
Spencer Matthews’ Impressive Net Worth Expands Far Beyond Chelsea
By Sam Ramsden
Get The Very Best Of Bustle/UK
Sign up for Bustle UK's twice-weekly newsletter, featuring the latest must-watch TV, moving personal stories, and expert advice on the hottest viral buys.