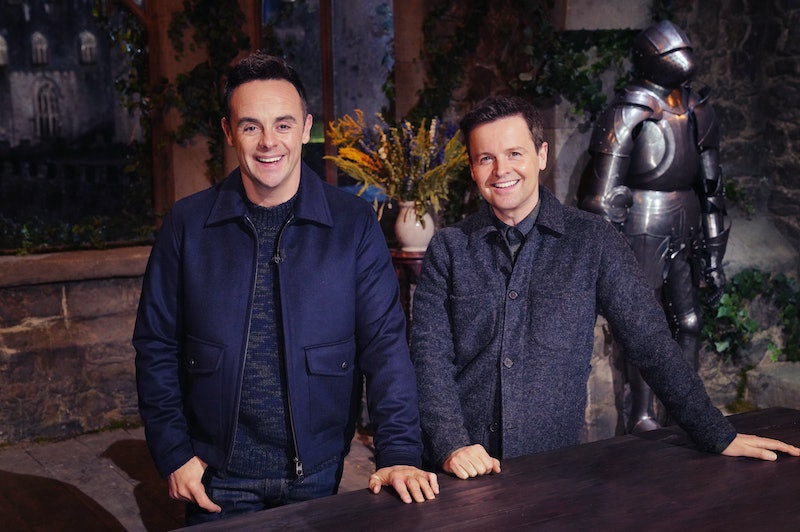 ITV’s I’m A Celebrity... Get Me Out Of Here is finally back on the telly, and the drama and laughs are already flowing. Once again taking place in Wales due to ongoing travel restrictions, 10 celebrities have made their way into the castle, which include an Olympic gold medalist, some of the UK’s biggest TV presenters, and a Strictly Come Dancing legend.

After being split in two – one in the main camp and the other into The Clink – the celebs are finally together again and will soon be joined by two new campmates who just so happen to be soap royalty. And it seems they’ll be treated as such, as they are both officially the “Lords of the Castle” and will battle to feed their campmates in their first trial.

Following their dramatic entrance, it was revealed that Richard Madeley had been taken to hospital after falling ill, as BBC News reports. “Richard was unwell in the early hours and was immediately seen by our on-site medical team,” an ITV spokesperson said. “He’s since been taken to hospital as a precaution, the health and safety of our campmates is a priority.”

It was then confirmed that Madeley had been forced to leave the camp as his trip to hospital broke the show’s coronavirus bubble. In an Instagram post, the TV host wrote: “Richard here – firstly just to say that I’m absolutely FINE. I started to feel briefly unwell in the small hours of the morning and was taken to hospital as a precaution. By leaving the camp, I had consequently broken the Covid ‘bubble’ and as such I’ve had to leave the castle and all the wonderful celebs that remain in the camp.

“Obviously I’m gutted to be leaving so soon but the safety of all the campmates is the number one priority. I’m incredibly excited to watch their journey continue…even more so at the prospect of being somewhere a little warmer than Gwrych Castle.”

I’m A Celebrity...Get Me Out Of Here returned to screens on November 21 at 9 p.m. The competition usually runs for around three weeks before a winner is crowned. As the camp will be filled with 12 new celebrities soon, The Daily Mail wrote that two large tents have been erected, potentially to provide more room during filming.

As we prepare for two more celebs to enter the camp, here are all the details about the contestants who have switched their cosy homes for Gwrych Castle.