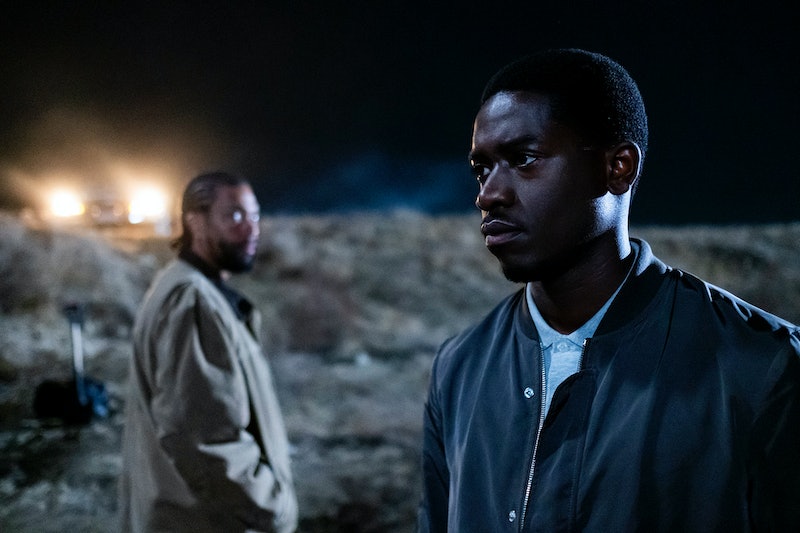 Franklin officially hung up his cane in Snowfall’s Season 4 finale, and now, he’s ready for a new chapter. Luckily for fans, the network already renewed Snowfall for Season 5 in March, just three episodes into Season 4. “Franklin may have dealt with some of his problems, but can he handle what’s next?” the official Snowfall account tweeted after the season finale. “We still have some unfinished business to take care of next season.”

Actor Damson Idris, who plays Franklin, told TVLine that the finale showdown with Melody is one that had been building throughout the season, as viewers waited for his character to get well. “To get to that final moment with Melody, it’s almost as if the job was done. And he doesn’t need anyone to see him as being vulnerable anymore. He doesn’t need to be 10 steps ahead anymore,” Idris said. “Now he can just focus on the business. And he realizes in that moment that he’s come full circle. That’s why it was special putting down that cane.”

Here’s everything to know about what lies ahead in Snowfall’s upcoming fifth season.

At long last, FX announced that Season 5 will premiere with the first two episodes of the 10-episode season on February 23, 2022 at 10 p.m. ET/PT on FX, with episodes dropping the following day on Hulu.

According to FX’s official description of Season 5, the action will start in the summer of 1986 in South Central Los Angeles against the backdrop of the cocaine epidemic. Now that Franklin has reclaimed his power, expect the next season to explore the ripple effect that will assuredly cause. With Louie and Jerome intent on starting their own crew and Leon readying to leave the game, too, Franklin seems to have lost everyone closest to him. And with Reed possibly murdering his father on top of it all, some fans have even predicted that will lead him to resort to lots of violence next season. Indeed, the official description from FX hints at the same: “Law enforcement is on a warpath and the militarization of the L.A.P.D. continues as police and politicians decide the only way to deal with this growing scourge is through force — and the creation of the new C.R.A.S.H. (Community Resources Against Street Hoodlums) units. The streets of South Central Los Angeles have never been so dangerous as the Saint family navigates the police, the warring gangs and the CIA.”

Stay tuned for more updates, including the Season 5 trailer, as they become available.

More like this
'The Crown' Season 6 Has Suspended Filming "Out Of Respect" For The Queen's Death
By Bustle Staff
Everything To Know About The 'Daisy Jones & The Six' TV Series
By Maxine Harrison and Brad Witter
Wait, Is 'Happy Valley' Not Actually Over?
By Darshita Goyal
Netflix Shut Down 'Bridgerton' S3 Rumours About A “Very Dark” Storyline
By Bustle
Get Even More From Bustle — Sign Up For The Newsletter
From hair trends to relationship advice, our daily newsletter has everything you need to sound like a person who’s on TikTok, even if you aren’t.