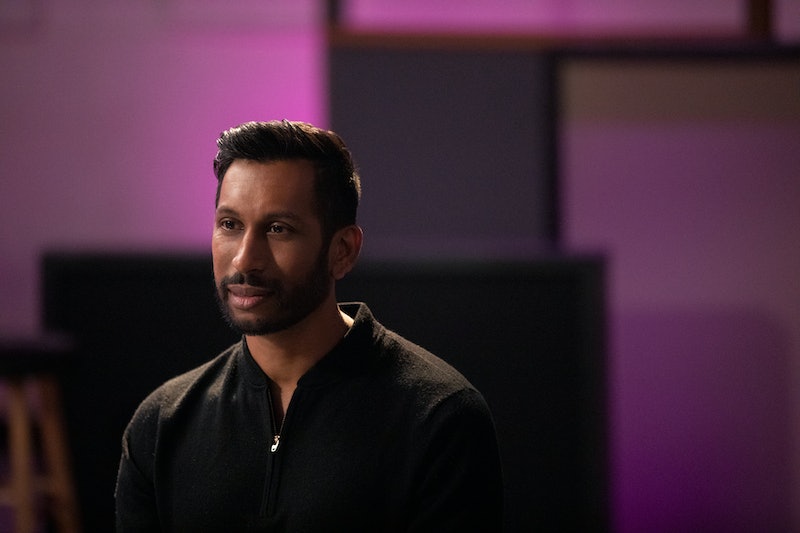 To use his own words, Song Exploder host Hrishikesh Hirway works "fussily" — and he works a lot. As if creating nearly 200 Song Exploder episodes (and counting), scoring for TV and film, and actively making his own music weren't enough, he's now turning the podcast into a Netflix show (out Oct. 2) while also hosting two new podcasts, Partners and Home Cooking. Oh, and he began the latter two projects in quarantine.

By trade, Hirway is a musician and one half of the hip-hop duo Moors, which he founded with actor Lakeith Stanfield. According to an interview with Under the Radar, he came up with the idea for Song Exploder while touring with his band, The One AM Radio; they would listen to comedy podcasts on the road to pass the time.

“Musicians, as good as they are at the things they do, telling their own story isn’t the thing they’re best at,” he told Under the Radar. Song Exploder's dissection of a specific track, he explained, helps a narrative unfold. “I try to find an artist that has an interesting brain based on what I know… then I ask them which song is most meaningful to them," he said, explaining his approach to an episode. "I’m trying to get to the best story... the real core of it is the storytelling… then the music.”

Hirway took a year off from hosting the popular podcast, which gave him the bandwidth to plot his latest projects. Partners explores the concept of partnership — be it business, family, or romantic — and what makes it successful via interviews with accomplished pairs like Instagram co-founders Kevin Systrom and Mike Krieger and Crazy Ex-Girlfriend co-creators Rachel Bloom and Aline Brosh McKenna, among others. "Partners is much more an outcropping of Song Exploder," Hirway told Under the Radar. "It’s like Relationship Exploder."

Then there's Home Cooking, in which Hirway and Salt, Fat, Acid, Heat creator and chef Samin Nosrat discuss all things food. In the first episode they talked quarantine pantry meals, and in the most recent installment they were joined by Queer Eye's Antoni Porowski to discuss pierogis.

Clearly, Hirway likes to stay busy, even when he's working from home. In fact, he just released yet another creative venture on Sept. 29 — a narration of astronomy stories with Smithsonian's National Air and Space Museum called Under Ancient Skies.

More like this
Love Is Blind’s Natalie Claims Shayne Signed Up For 'Perfect Match' While They Were “Still Together”
By Brad Witter
'Love Is Blind: After The Altar' Season 3 Has A Release Date & It's Very Soon
By Grace Wehniainen
The 'Freeridge' Cast Shared Their Hopes For A Potential Season 2
By Grace Wehniainen
You Might Want To Rewatch This Key 'On My Block' Scene To Understand 'Freeridge'
By Grace Wehniainen
Get Even More From Bustle — Sign Up For The Newsletter
From hair trends to relationship advice, our daily newsletter has everything you need to sound like a person who’s on TikTok, even if you aren’t.