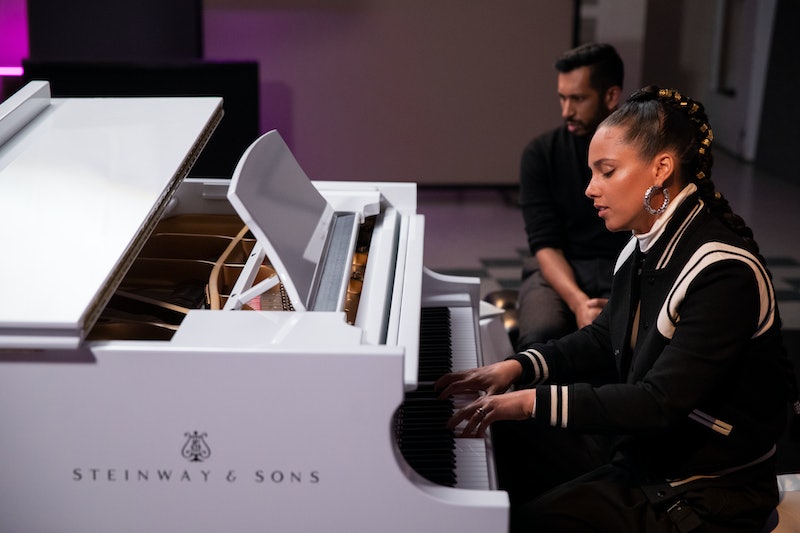 The Song Exploder podcast is an ideal Netflix adaptation because its track-unpacking format easily translates to TV. Season 1 released on Oct. 2, and its smooth transition from your earbuds to your TV screen may or may not mean that Song Exploder will return for Season 2.

At the moment, a renewal hasn't been confirmed, which isn't surprising given the pandemic-induced uncertainty in entertainment. But if Netflix were to bring the show back, there would be plenty of fodder for new installments. The Song Exploder podcast has 193 episodes and counting, and as its audience continues to grow, so will its pool of potential musicians for host Hrishikesh Hirway to interview.

Over the last seven years of making the podcast, Hirway has delved deep into songs by indie artists and pop stars alike. Season 1 of the Netflix show features Alicia Keys, Lin-Manuel Miranda, R.E.M., and Ty Dolla $ign. Most recently on the podcast, he interviewed Selena Gomez about the story behind her very personal song “Lose You to Love Me." "She was very gracious and got real about what it was like for her to write a song about something very private and personal, despite living under constant public scrutiny." Hirway wrote on Twitter. "And now I feel very protective of her and this song!"

Hirway hasn't yet gone into detail about how the show and podcast might coexist, especially if the show is renewed, but he's also said nothing to indicate that the podcast won't proceed as normal regardless. Last year, he took a hiatus from the podcast to focus on other projects, per Under the Radar, and his hosting duties were covered by Thao Nguyen. So if he finds himself stretched between Song Exploder's two versions in the future, there's a chance Nguyen could step in again.

Speaking of being stretched, Hirway also has two other podcasts on his plate right now — Partners and Home Cooking — both of which debuted from quarantine, so it's unclear how he made time for a docuseries to begin with. But he doesn't mind staying busy. “It’s good,” he told Under the Radar. “It’s left very little time for me to fret about the news." In other words, Netflix: there's room in his schedule for Song Exploder Season 2.