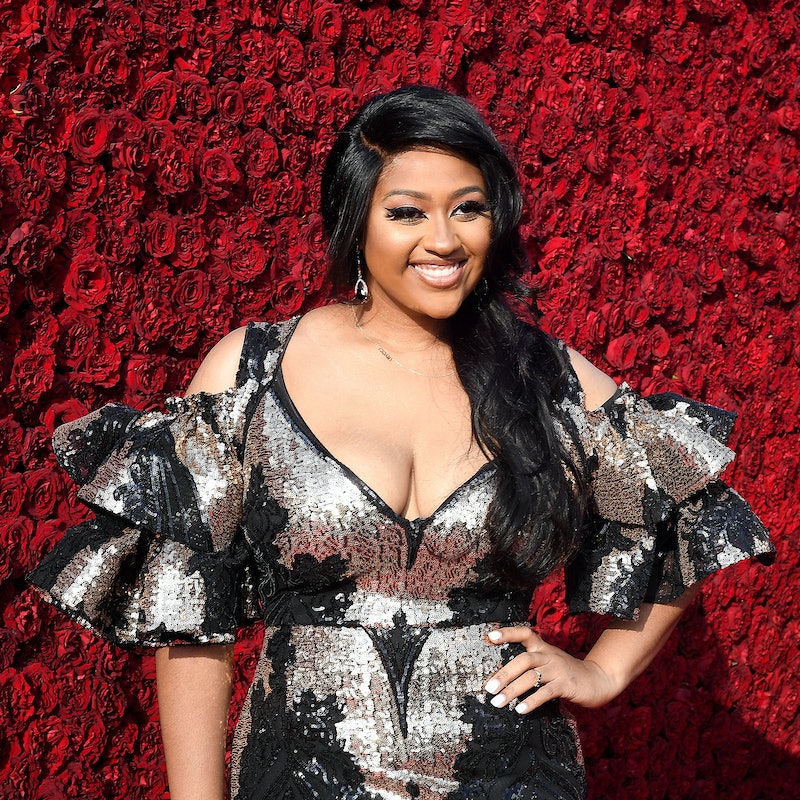 If watching Jazmine Sullivan belt out the national anthem alongside country rocker Eric Church at Super Bowl LV was your first encounter with the R&B powerhouse, that's okay, but it's time for a deep dive into her catalog. Her talent has been undeniable from a young age, from belting out "Home" from The Wiz at 11 years old to signing her first record deal with Jive Records at 15. Today, she's a 12-time Grammy nominee, receiving at least one nomination for each of her eligible albums to date: 2008's Fearless, 2010's Love Me Back, and 2015's Reality Show.

Last month she released Heaux Tales, a concept project of eight songs about various romantic rendezvouses along with recordings of Sullivan's friends telling the stories behind them. The blend of singing and spoken storytelling is reminiscent of Lauryn Hill's iconic Miseducation album, and in addition to garnering widespread critical acclaim, Heaux Tales has already become her highest-charting album on the Billboard Hot 100.

Following her Super Bowl performance, check out these 10 essential tracks by Jazmine Sullivan and become a fan for life. Trust us, it's not hard to do.

More like this
The 2023 Super Bowl Commercials Feature A 'Breaking Bad' Reunion & Missy Elliott
By Alyssa Lapid
'Breaking Bad' Duo Walt & Jesse Are Back — In This Super Bowl Commercial
By Jake Viswanath
Hilary Duff's Husband Matthew Koma Has Her Name Tattooed On His Butt
By Jake Viswanath and Stephanie Downs
Taylor Swift May Miss The 2023 Grammys For Reasons Fans Know “All Too Well”
By Jake Viswanath
Get Even More From Bustle — Sign Up For The Newsletter
From hair trends to relationship advice, our daily newsletter has everything you need to sound like a person who’s on TikTok, even if you aren’t.