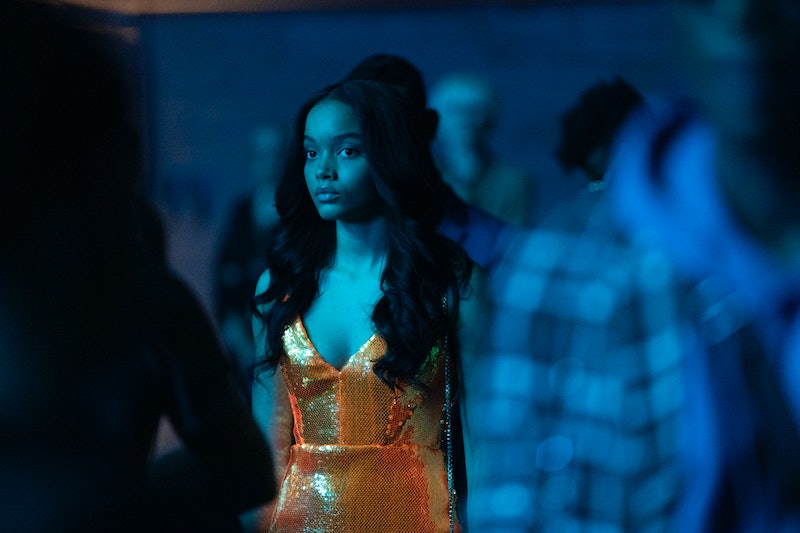 via the Warner Media press site
By Zosha Millman
July 8, 2021

Music is not the primary part of Gossip Girl’s legacy, but it certainly played a crucial role in the original series. No backstab or juicy blog blast was complete without a memorable and snappy song, often with lyrics that cut right to the core of a scene. Now, the soundtrack plays like an early 2000s time capsule, including everything from Justin Timberlake’s “What Goes Around...Comes Around” to “Young Folks” by Peter Bjorn and John.

Like its predecessor, the new HBO Max reboot features a mix of hit songs and tracks by emerging artists, including music that ranges from Ariana Grande and Billie Eilish to Hope Tala and Rei Ami. The show picks up nine years after the original Gossip Girl site went dark, existing within the same moneyed world but updating the characters, the social media, the fashion, and yes, the soundtrack. In a perfect bridge to the original, the premiere episode features Frank Ocean’s “Super Rich Kids,” which was also used in Season 6 of the original series. “[Showrunner Josh Safran] and I had the conversation of wanting to leave breadcrumbs and be self referential in some ways, but also [that song is] very much the new Gossip Girl,” music supervisor Rob Lowry told Paper. “It's still super potent and it takes on a new context with this new group of kids.”

Read on for a full breakdown of the soundtrack, which will be updated throughout the season.

"All My Girls Like To Fight" by Hope Tala

"Take Me Where Your Heart Is" by Q

"Therefore I Am" by Billie Eilish

"Just Checking In" by Kllo

"A Palé" by Rosalía

"I Can't Stay The Same" by Vanessa Carlton