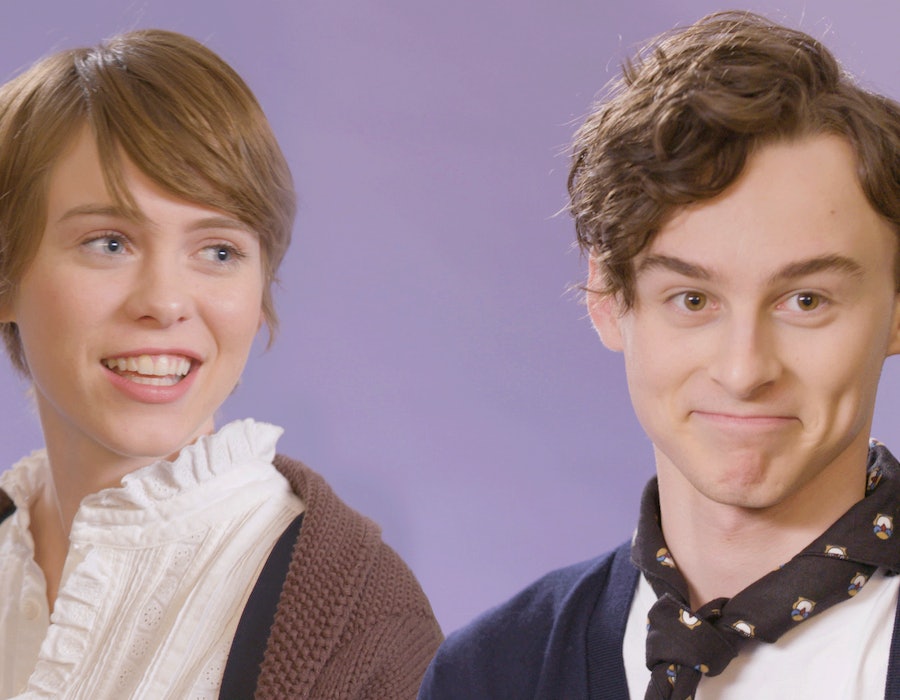 I Am Not Okay With This, a new Netflix series about young love, isn’t the first time stars Sophia Lillis and Wyatt Oleff have sparked on screen together — the first time was just a whole lot scarier. The pair first lit up the screen (and scared the hell out of us) as the young stars of It, a make of Stephen King’s spooky classic.

In the new series, Lillis and Oleff go from being terminally stressed out clown killers to awkward best friends Sydney Novak and Stanley Barber. Syd is a teenager struggling with both grief and her burgeoning knowledge of her own superpowers. Stanley is a normal kid who befriends her. Together, they bring show to life with their natural chemistry

It’s no surprise, because they’re actually friends behind the scenes. In fact, the pair were cast in I Am Not Okay With This because they are friends IRL.

“It was a really interesting process,” executive producer Dan Levine told Decider. “It took us a very, very long time, and a little bit of panic toward the end where we just didn’t find that right person [for Sydney]. When we found Sophia, we just knew it. She just had that deadpan quality, she was really likable, and really vulnerable, and you really feel for her.

“And then the Stanley search was even harder. We didn’t know what to do. And then someone had the brilliant idea — they saw that [Sophia and Wyatt] were actual friends in real life. There’s a lot of stuff on social media with those two paling around and it was just a brilliant lightning stroke. We were like, ‘Oh my god, this is our Stanley.'”

Lillis and Oleff brought their IRL BFF vibes to the Bustle Booth, where they discussed the ins and outs of being besties — and put their friendship to the test. Check out the video above.

More like this
Owen Thiele Asked Sundance Attendees About Films That Don’t Exist
By Grace Wehniainen
Why We Love Investigating Friendship Breakups
By Carolyn Steber
Adam Levine & Behati Prinsloo Welcome Their Third Child Together
By Jake Viswanath
Lizzo & Myke Wright's Relationship Hit A New Level With Their "Hard Launch"
By Stephanie Topacio Long
Get Even More From Bustle — Sign Up For The Newsletter
From hair trends to relationship advice, our daily newsletter has everything you need to sound like a person who’s on TikTok, even if you aren’t.