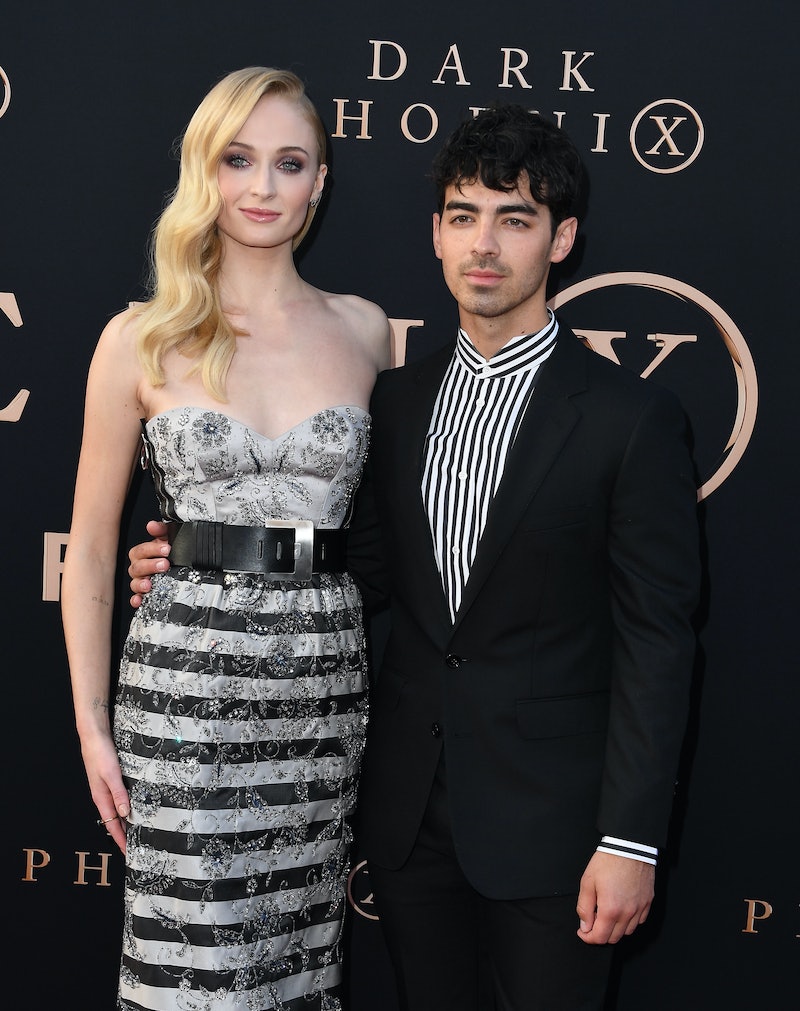 Two whole years after the surprise ceremony took place, Sophie Turner shared photos from her not-so-secret 2019 wedding to Joe Jonas in Las Vegas, posting the pictures on Instagram in honor of the couple’s anniversary. On Saturday, May 1, Turner revealed a series of throwback images from the big day on her account, writing, “Happy 2 year Vegas Wedding anniversary to this big ol hunk of man meat.”

In 2019, Turner and Jonas were wed in a surprise ceremony that fully embraced the city where it happened. Their nuptials were officiated by an Elvis Impersonator after the Billboard Music Awards, and in Turner’s photos, the couple can be spotted dunking in a pool with their clothes on, sharing a kiss after saying “I do” at the chapel, DJing the after-party, and dancing together. The couple’s friends and family members appear as well, including Turner’s sisters-in-law Priyanka Chopra and Danielle Jonas. Diplo, who notoriously live-streamed the ceremony to his Instagram story without realizing the event was meant to be a secret, can also be spotted.

Jonas also posted a few of the never-before-seen photos on his Instagram on Saturday, showing the couple flipping off the camera outside of the ceremony and splashing in a pool in their wedding outfits. He wrote, “Married as F@$K for 2 years! Love you bub @sophiet.” In both his Instagram comments and Turner’s, several of their high-profile friends celebrated their milestone. Responding to the Game of Thrones vet, Florence Pugh wrote, “EPIC,” and Hailey Bieber added, “everything.” Meanwhile, Ashley Graham commented on Jonas’ post with six heart-eyes emojis.

Jonas and Turner began dating in 2016 after being introduced by mutual friends and then got engaged in 2017. Following the couple’s impromptu Las Vegas ceremony, the pair hosted a more formal wedding in France, tying the knot at Château de Tourreau in Sarrians, according to Glamour. One anonymous source reported that the couple had always intended to get married in Europe but “had to get married in the States to make it legal,” according to People.

The couple, who are typically private about their personal lives, had never before shared pictures from their Las Vegas ceremony. In May 2019, Turner opened up about Diplo live-streaming the affair, saying, “It would have been better if no one had known, but I actually think it was funny.” The Game of Thrones star added that she would have liked to keep their nuptials entirely out of the spotlight. “Marriage is a private thing between two people and I think that’s how it should always be,” she said. “It’s about being husband and wife, and being dedicated to each other forever.”