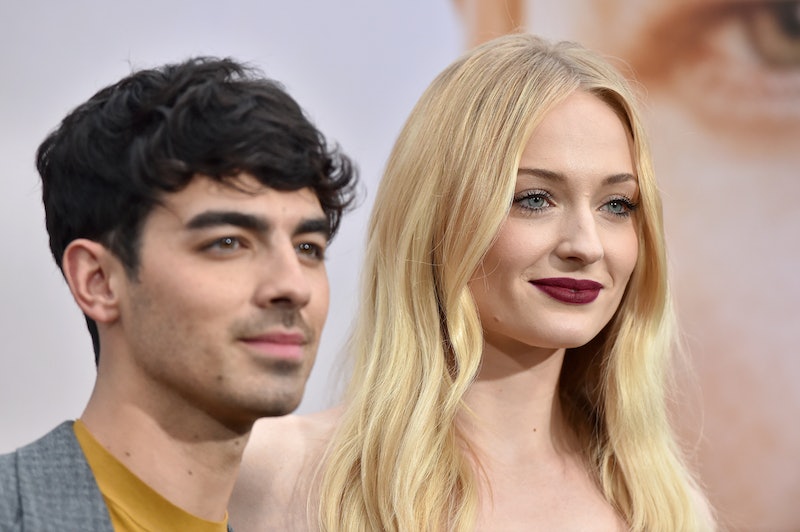 Back in February rumours circulated that Sophie Turner and Joe Jonas were expecting their first child. Fast forward to late July, and their spokesperson confirmed (via Digital Spy) that the couple were "delighted to announce" that they'd welcomed a baby girl to the world reportedly named Willa. While the couple has refrained from sharing pics of their daughter on social media, Turner posted unseen snaps of her pregnancy over the weekend which are absolutely heartwarming.

In a series of three separate pics posted on Instagram, Turner can be seen chilling (and absolutely glowing) in their back garden and pool, as well as one with Jonas' hand on her bump. This marks the second time that Turner has referred to the couple's daughter on her Insta, the first posted in mid-August while wishing her partner a happy birthday and referring to Jonas as her "love/bub/baby daddy".

While neither has spoken publicly about how they're finding parenthood, a source told E! News in July that the couple were "so excited to be parents" and that they'd "been texting pictures to friends and calling on FaceTime to show her off." Speaking of friends, BFF and Game of Thrones co-star Maisie Williams recently told Elle that she hasn't had the chance to see the baby yet.

"Sadly I haven't been travelling much, so I've not met the baby!" she said. "But I have been keeping in touch with the cast. We have a group chat where we all speak which is nice."

More like this
Turns Out George Clooney Is A Huge Fan Of This Classic British Game Show
By El Hunt
David Beckham’s Controversial Qatar Deal Skyrocketed His Net Worth
By Catharina Cheung
Emily Atack’s Net Worth Would Make Charlotte Hinchcliffe Proud
By El Hunt
'Bridgerton's Regé-Jean Page Is The World’s Most Handsome Man
By Darshita Goyal
Get The Very Best Of Bustle/UK
Sign up for Bustle UK's twice-weekly newsletter, featuring the latest must-watch TV, moving personal stories, and expert advice on the hottest viral buys.