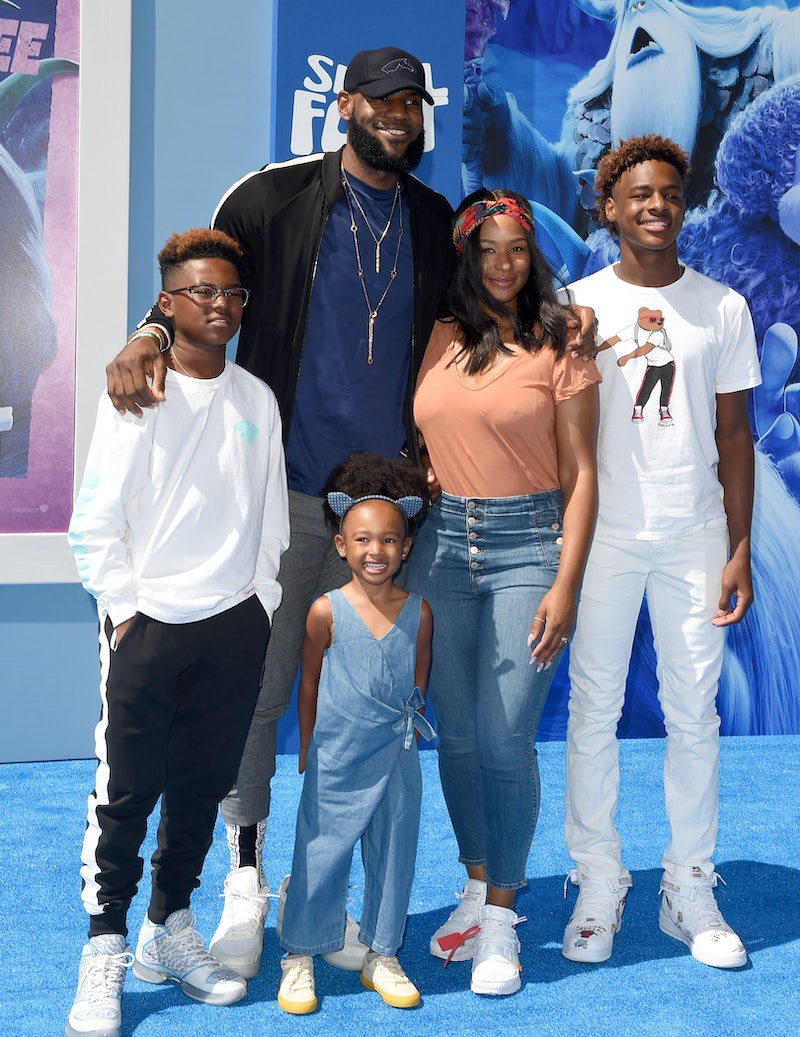 Space Jam: A New Legacy shows LeBron James as a family man, trying to be the best dad he can to his three kids. And because of the depiction of James’ home life seems so similar to reality — James does have three kids of roughly the same age, and has been married to wife Savannah James since 2013 — fans might be wondering if his actual family members play themselves onscreen.

But, just like the original Space Jam with Michael Jordan, James’ wife and children are played by actors. (Which, if you think about it, does make more sense than forcing your own family to work on your film.) But there are still plenty of similarities between James’ real clan and the characters in the film. So who plays James’ family, and what do they have in common with the fictional Jameses?

James has explained that even though his Space Jam character is a semi-fictionalized version of himself, the love he shows for his onscreen family is very real. "My character is me. I'm playing LeBron James, but what people are going to see ... [is] my compassion for my kids and listening to my kids, one in particular. Understanding that even though I have my own dreams of what I want my kid to be, they also have their own dreams and I have to listen to that.”

And though they’re not in Space Jam, the James family still seems very supportive of the project. Zhuri and Savannah attended the premiere with James. Cedric Joe also told Entertainment Weekly that James’ son Bronny visited him on set. To improve his own performance, he observed their dynamic and mannerisms: “how he communicated with his dad ... and how they bonded and how they were close. It was more physical and less verbal, just watching.”

Was Michael Jordan’s family in the original?

In reality, Jordan’s sons Marcus and Jeffrey did play basketball, and the latter went on to work for the Jordan brand at Nike. Jasmine, Jordan’s youngest with his ex, also works on the Jordan brand. (Jordan also has 7-year-old twins with wife Ysabel Jordan.)

More like this
Who Is "Daddy" Pedro Pascal Dating? People Are Thirsting Over The 'Last Of Us' Star
By Alyssa Lapid
Here’s What Happens To Bill & Frank In 'The Last Of Us' Video Game
By Brad Witter
Pamela Anderson’s Dating & Marriage History Could Be Its Own TV Series
By Jake Viswanath
Here’s Everything Coming To & Leaving Netflix In February
By Jake Viswanath
Get Even More From Bustle — Sign Up For The Newsletter
From hair trends to relationship advice, our daily newsletter has everything you need to sound like a person who’s on TikTok, even if you aren’t.