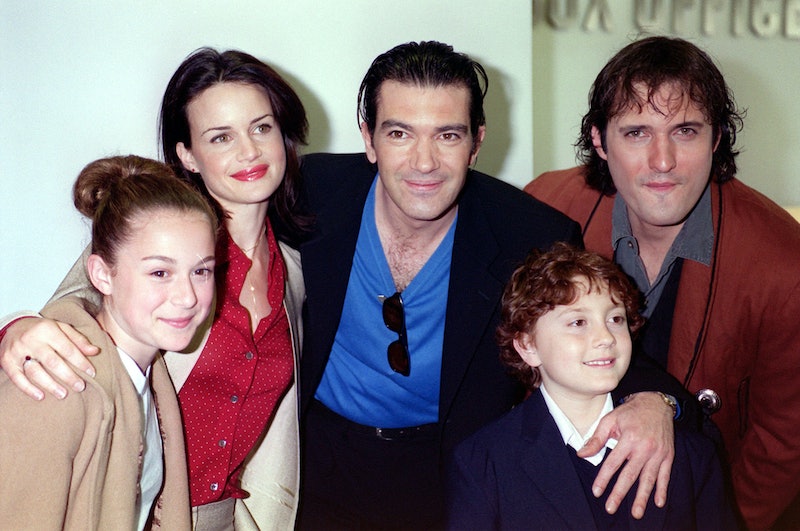 Millennials and Gen Z-ers have an absolute treat coming their way, in the form of a reboot of the classic spy comedy, Spy Kids. The film won hearts all over the world in its representation of a Latino family that fights against the forces of evil, while wearing on-theme outfits and presenting a very wholesome, united front. The film amassed a cult-following and pretty large fanbase, not least due to its representation of family-centred themes like sibling rivalries, family secrets, and teamwork.

The first Spy Kids film was about Carmen and Juni, played by Alexa PenaVega and Daryl Sabara respectively, children of spy parents played by Antonio Banderas and Carla Gugino. Carmen and Juni must fight to rescue their parents from the clutches of Fegan Floop.

The film spawned a franchise in the form of two sequels, and a television series. Exactly 21 years after it first premiered, it was announced that a reboot of the original Spy Kids was in the works. So what do we know about the new Spy Kids project so far?

Director Robert Rodriguez, created and directed the first Spy Kids film, keen to reflect his heritage and show Latino representation on screen through his films. Per Hollywood Reporter, the Sin City director will be writing, producing, and directing the upcoming remake, too.

However, we don’t know very much about the new film as of yet, but there’s been some word that it will feature a new, multicultural spy family. While the protagonists in the original were of Latino descent, the same can’t be said of all the actors, so it’ll be interesting to note the diversity of the new cast.

Spy Kids will be released on Netflix, but no release date has been confirmed just yet. The first Spy Kids film was a weird and wonderful Willy Wonka meets James Bond blend, so we’re excited to see how this new film will sit in the franchise.

More like this
Yes, You Can Stream ‘To Leslie’ In The UK Now
By Sam Ramsden
Rupert Grint Just Shared A *Major* Update About Ron Weasley’s Future
By El Hunt
Twitter Is Overjoyed By Angela Bassett’s Record-Making Oscar Nomination
By Maxine Harrison
Anne Hathaway Shared A "Thrilling" 'Princess Diaries 3' Update
By Darshita Goyal
Get The Very Best Of Bustle/UK
Sign up for Bustle UK's twice-weekly newsletter, featuring the latest must-watch TV, moving personal stories, and expert advice on the hottest viral buys.