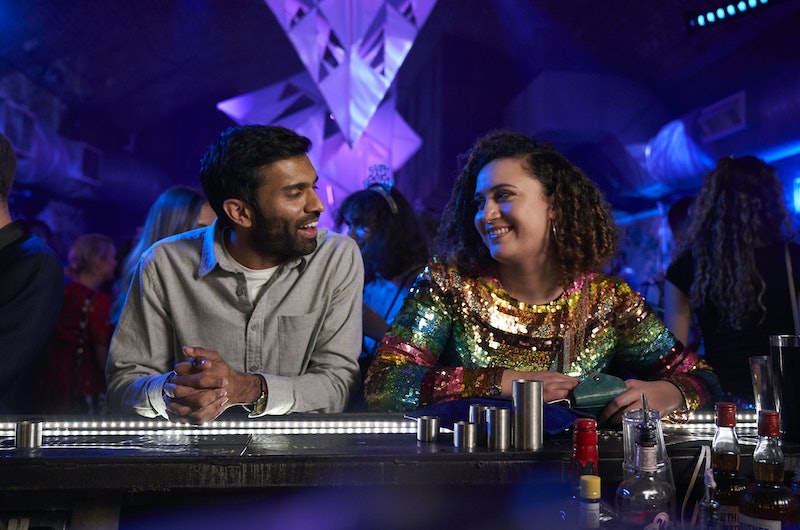 The first image from season two of Rose Matafeo’s hit rom-com, Starstruck, has been released, ahead of the show’s return on BBC Three on Feb. 7. The first series was streamed almost 5 million times on BBC iPlayer, making it the channel’s biggest new comedy of 2021, and fans are desperate for more. Here’s everything we know so far.

Co-written by Matafeo, Alice Snedden, and Nic Sampson, Starstruck’s six-part second season will pick up where the romance left off at the end of the debut run. After her grand gesture at the end of season one, in season two Jessie must deal with the real-world consequences of deciding to stay and pursue a relationship with Tom rather than sticking to her original plan of returning home to New Zealand, according to a synopsis.

On the announcement of Starstruck season two, Matafeo said: “Thrilled that Starstruck will be returning to the BBC Three for a second series because I left my water bottle on set last year and I would love to get it back.” The first-look image shows Jessie (Matafeo) and Tom sharing a glance in the mirror as they brush their teeth.

New Zealand-born comedian Matafeo will return as Jessie, as will Nikesh Patel as her famous love interest Tom Kapoor. Also set to return for the second season are Minnie Driver (Modern Love, Speechless) as Tom’s agent Cath, whilst Russell Tovey (Years and Years, Him & Her) is a new addition to the cast for the latest series.

The highly anticipated season two is set to air on BBC Three in the UK next month, but an exact date is yet to be announced. The sophomore season of Starstruck will also be shown on HBO Max in the US, ABC in Australia and TVNZ in New Zealand.

The critically-acclaimed international hit, created, written by, and starring award-winning comedian Matafeo, is set to return to screens on a new-and-improved BBC Three channel., launching in February 2022.

The release date was announced by the cast and crew on Twitter on Jan. 26, and will be airing weekly at 10pm from Monday 7th February. With the entire box set available on BBC iPlayer.

This post will be updated with additional plot and cast details as more information on Starstruck Season 2 becomes available.

More like this
Yes, 'The Price Of Glee' Is Available To Watch In The UK
By Catharina Cheung
Everything To Know About The 'Daisy Jones & The Six' TV Series
By Maxine Harrison and Brad Witter
'Abbott Elementary' Fans Probably Missed This 'Parent Trap' Easter Egg
By Sam Ramsden
Adam Ali Hopes 'Waterloo Road' Will “Subvert” Queer Misconceptions
By Sam Ramsden
Get The Very Best Of Bustle/UK
Sign up for Bustle UK's twice-weekly newsletter, featuring the latest must-watch TV, moving personal stories, and expert advice on the hottest viral buys.

This article was originally published on Jan. 15, 2022