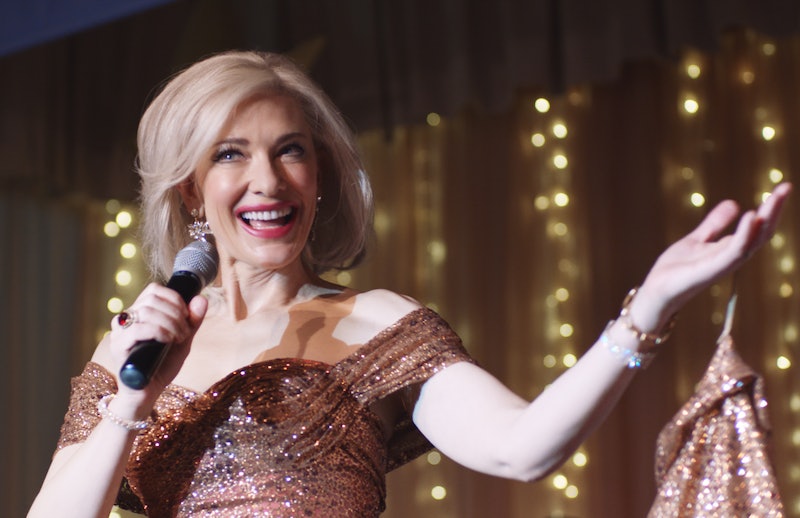 Between One Day at a Time, the Party of Five reboot, and Neflix's Living Undocumented, a number of shows covering immigration in the U.S. have sprouted up in recent years. But Netflix's new drama, Stateless, shows that immigration is not just an American issue; it's a global one. The show is inspired by the true story of Cornelia Rau, a German-born Australian resident who was unlawfully imprisoned in an immigration detention center for 10 months between 2004 and 2005. And though Stateless hasn't been renewed for Season 2 and is technically billed as a miniseries, it's possible it could expand to include other international stories in the future.

"It was definitely conceived [as a one-off]," series star and co-executive producer Cate Blanchett told Deadline when asked about a potential Season 2 in February. Issues of immigration have "only deepened and become more enmeshed and politicized" since 2013, when Blanchett conceived of the show, and "in that way, the series does feel open-ended," she said. Still, Blanchett added that "What’s more important to us — rather than going on and making another series, even though there are so many more stories to tell in this vein — is scaffolding a conversation around it."

That doesn't exactly make a second season sound likely, but it doesn't shoot down the possibility either. Immigration is a continued and increasingly urgent issue, so it’s possible Blanchett and the team will decide to tell stories outside of Rau’s experience. This could include the mistreatment Alejandra Barrera faced as a transgender woman in a U.S. ICE detention facility, or they could choose to stick to international stories.

“I feel as though the show really is about the contradictions of trying to protect our borders and the difficulty of trying to find a humane policy with which to do it. I think it is an issue that is a global issue, and every country finds its own way of doing it," co-creator Tony Ayres told Variety in February. “We were looking at the Australian context but we wanted it to be a starting point for a broader conversation about how do we do this in the most humane way possible.”

The material for a second season is there, it just depends on whether Blanchett, Ayres, and Netflix want to use it.