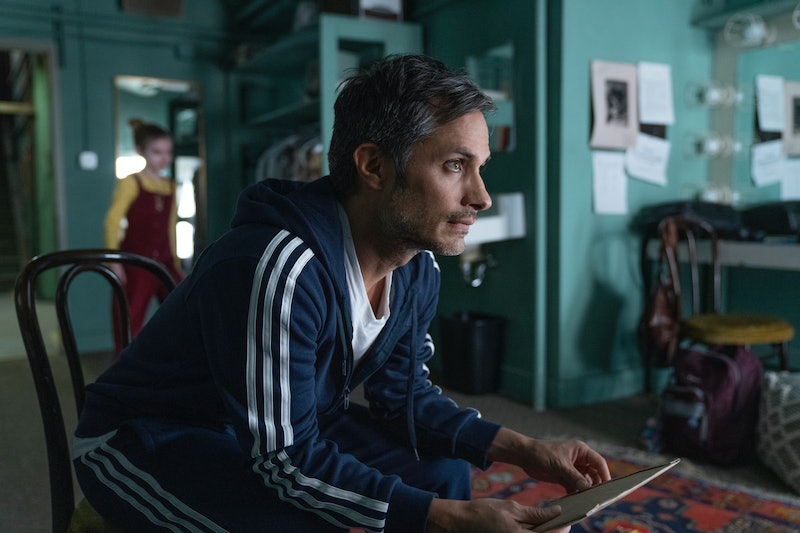 This may not seem like the best time for a show about a viral pandemic, but HBO’s adaptation of Station Eleven — Emily St. John Mandel’s bestselling 2014 novel — is garnering raves.

The book attracted renewed attention when COVID-19 hit, and in a recent interview with Esquire, Mandel reflected on its appeal. “It’s a story where civilization collapses, but our humanity persists — maybe there's something there that people wanted to absorb.” But although her novel has a warm heart, it’s also full of twists and turns. Mandel, who began her career as a crime novelist, fuses intricate, suspenseful plotting with a literary sensibility to create her melancholy portrait of post-apocalyptic life.

Station Eleven follows a Shakespeare theater troupe known as the Traveling Symphony around the Great Lakes region in the wake of a flu pandemic that has wiped out 99% of human life. The novel follows two central characters: Arthur Leander (Gael García Bernal), a faded Hollywood star who dies onstage during a production of King Lear just before the outbreak of the pandemic; and Kirsten Raymonde (Mackenzie Davis), a former child actor who appeared in Arthur’s final production, and later winds up as a member of the Traveling Symphony. Kirsten and the Traveling Symphony also come into conflict with a mysterious zealot known only as the Prophet (Daniel Zovatto). The novel employs a complex flashback structure to tell both Arthur and Kirsten’s stories, and is rife with references to Shakespeare.

Below, find out exactly what happens at the end of the novel Station Eleven.

What is Dr. Eleven?

Much of Station Eleven’s plot hinges on the two-volume graphic novel Dr. Eleven, which Kirsten has carried and cherished for most of her life. Although the books were given to her by Arthur Leander shortly before his death, Kirsten doesn’t realize that they were created by his first wife Miranda. The graphic novels, which revolve around a character named Dr. Eleven and take place on an abandoned space station — Station Eleven — have a post-apocalyptic, old-school sci-fi feel of their own:

The seahorse is a massive rust-colored creature with blank eyes like saucers, half animal, half machine, the blue light of a radio transmitter glowing on the side of its head. Moving silent through the water, beautiful and nightmarish, a human rider from the Undersea astride the curve of its spine.

Miranda only makes two copies of Station Eleven. She gives them to Arthur while he is in Toronto performing King Lear, long after their divorce. Arthur gives one to Kirsten and the other to his young son Tyler, whose mother is his second wife Elizabeth.

Who is the Prophet?

Throughout Station Eleven, the Traveling Symphony is threatened and even pursued by followers of the Prophet, a violent cult leader who’s obsessed with the Book of Revelations and preys upon young girls and women. Near the end of the novel, Mandel reveals that the Prophet is, in fact, Arthur’s son Tyler, who moved to Israel with his mother at a young age. They returned to Canada just as the flu pandemic was sweeping across the world, and became religious extremists.

After the Prophet’s followers capture one of the members of the Traveling Symphony, Kirsten and her friend August track the cult down, rescue their friend, and escape, leading the Prophet — that is, Tyler — to go after Kristen and August himself. Although Tyler plans to kill them, when he references something from Station Eleven, Kirsten is able to distract him with her own references to the book, creating an opportunity for one of Tyler’s own disillusioned followers to kill him.

How does the book end?

Kirsten meets Arthur’s old friend Clark at the Toronto Airport, where he lives, and decides to donate her beloved copies of Station Eleven to his Museum of Civilization, which commemorates the pre-pandemic world. From the airport’s watchtower, Clark shows her a distant town with electricity. The remaining members of the Traveling Symphony travel south, toward the electric lights.

More like this
The Trailer For The 'Game Of Thrones' Prequel 'House Of The Dragon' Is Dark AF
By Grace Wehniainen
The Time Traveler’s Wife Book Has A Heartbreaking Ending
By K.W. Colyard
Conversations With Friends' Endometriosis Scenes Are As Brutal As It Gets
By Ivana Rihter
'Bridgerton' Star Nicola Coughlan Confirms Season 3 Will Focus On Colin & Penelope
By Grace Wehniainen and Alyssa Lapid
Get Even More From Bustle — Sign Up For The Newsletter