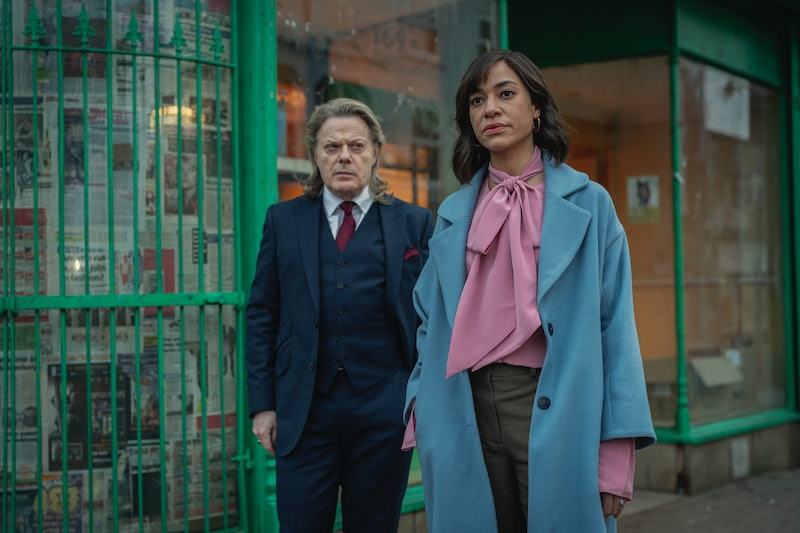 Spoilers ahead for Stay Close.

Between all the dramatic plots twists, amped-up suspense and those very random panto-style dance sequences, author Harlen Coben has managed to grip audiences once again with his latest book-to-Netflix adaptation, Stay Close.

Starring Cush Jumbo (The Good Wife) as middle-class mum Megan with a secret past, the eight-part series became one of Netflix’s most-watched shows in less than 24 hours when it was released in December, 2021. Now, as viewers grapple with that bombshell ending, many are wondering whether Stay Close will be returning for season 2?

Well, as it stands, there is no official word on whether Stay Close could be up for a second series. Based on Coben’s 2012 book of the same name, the series is expected to follow in the footsteps of the author’s previous Netflix adaptations, Safe (2018) and The Stranger (2020), and remain a one-off miniseries.

What’s more (warning: spoiler ahead!), Stay Close came to a somewhat conclusive ending, with the twisty-turny whodunnit series unveiling the murderer in a shocking twist by the end.

To recap, nightclub boss Lorraine (played by Sarah Parish) was revealed to be behind the string of murders, admitting to killing one abusive man every year. The terminally ill boss’ killing spree began with Stewart Green, the man obsessed with Cassie, forcing her to change identities and become Megan.

And yet, the series did leave some questions needing to be answered and some of Stay Close’s stars believe there’s potential for follow-up, especially regarding Megan’s fiancé, Dave.

As actor Richard Armitage said to RadioTimes, “It’s such a brilliant twist and one of the things that I like about it is the fact that you don’t really see what he’s done. You just know that there was somebody in the boot of that car.”

The actor added: “You don’t see him in the car, you don’t actually see the thing happen; it’s all in the viewer’s imagination. And, of course, he doesn’t know what he’s done either, which I think is another brilliant opener for maybe Stay Close 2 – who knows?”

Armitage isn’t the only co-star optimistic for a second series, with Bethany Antonia telling RadioTimes, that Stay Close 2 could be set a few years in the future.

“I think that it will come back to haunt them, but in a long time,” she says. “It will be Kayleigh’s wedding when she’s like 35, and then she’ll see a yellow car and it will bring back all the memories.”

While a second series isn’t confirmed, Harlen Coben is masterminding some new material based on his popular mystery novels. Last year, Coben signed a five-year deal with the streaming platform, and as of December 2021, there are reportedly six more Harlen Coben shows heading to Netflix. Prepare for more thrilling mind-boggling mysteries.

More like this
Twitter Is Burning As Phoebe Dynevor Reveals Daphne’s 'Bridgerton' Exit
By Sophie McEvoy
Everything To Know About The 'Daisy Jones & The Six' TV Series
By Maxine Harrison and Brad Witter
Michaela Coel Has Some *Thoughts* About The Nepo Baby Discourse
By Maxine Harrison
Turns Out George Clooney Is A Huge Fan Of This Classic British Game Show
By El Hunt
Get The Very Best Of Bustle/UK
Sign up for Bustle UK's twice-weekly newsletter, featuring the latest must-watch TV, moving personal stories, and expert advice on the hottest viral buys.