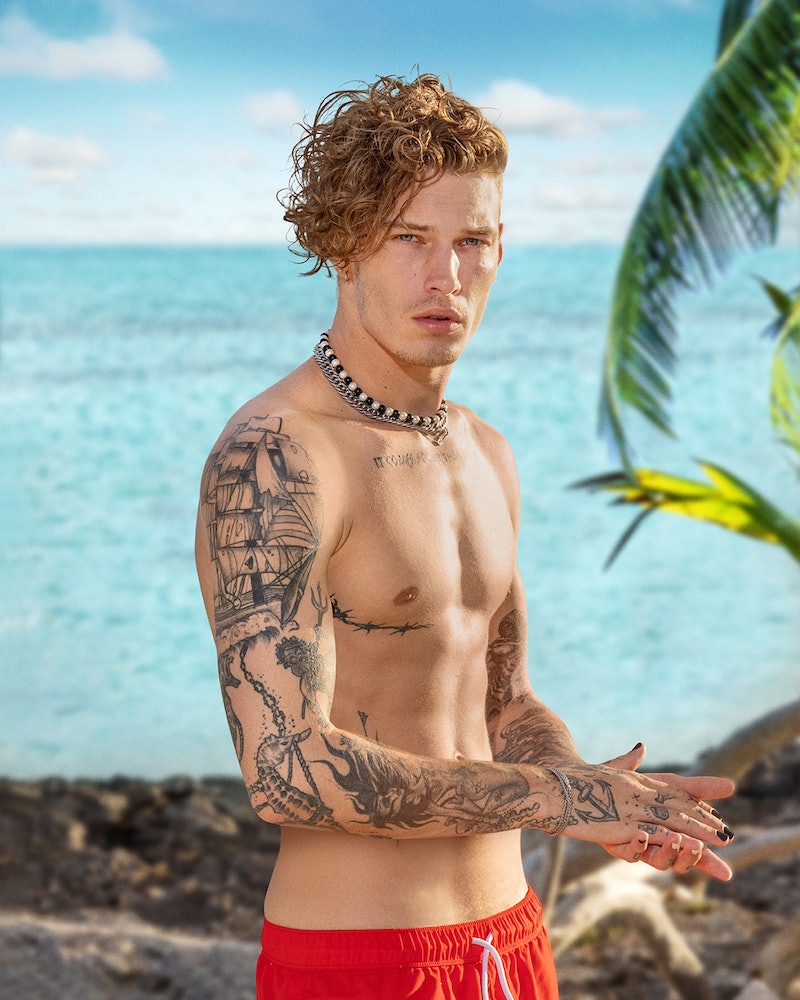 The third season of Netflix’s Too Hot To Handle is finally here, and the hit reality TV dating series will once again follow a group of sun-kissed singletons as they attempt to resist temptation for a chance to win the show’s biggest-ever cash prize. This season’s sizzling lineup has also recently been announced, and it includes LA’s finest - Stevan Ditter.

We’ve pulled together everything you need to know about the Too Hot To Handle contestant ahead of him hitting our screens on Jan. 19.

Too Hot to Handle’s Stevan currently works as a model in Los Angeles, and is signed to the Verge talent agency. Verge is the same talent agency as singer and Kardashian confidante Pia Mia, and singer Austin Mahone.

Stevan also has a SoundCloud he posts about on the Instagram profile @yattydadddy, where he shares his EDM-style music and mixes of popular songs. However, this doesn’t seem to be something he does regularly as there’s only one song currently listed on his SoundCloud from three years ago. He’s also recently launched an accessories line called Novelty Noize, which sells unique 90s-inspired jewellery.

Stevan’s Instagram followers can expect to find snapshots from the tattooed reality star’s everyday life, his very best modelling poses, and some adorable selfies with his beloved pooch. At the time of writing, Stevan has more than 30,000 Instagram followers — an impressive figure that is likely to surge even further during his Too Hot To Handle stint.

What Else Is There To Know About Stevan?

Stevan’s name was decided after his father wanted to call him Evan and his mother wanted to call him Steve. So, to compromise, his parents ultimately landed on a hybrid of both. As you’ll notice on his Instagram page, Stevan has an affinity for body art, and describes himself as “the flirtatious, loud and obnoxious one.” Now, he is ready to meet someone new, and what better place to find love than the Too Hot to Handle retreat?

As mentioned, Stevan will join nine other singletons on the hunt for true love in the third season of Too Hot to Handle. Throughout the series, the show’s resident virtual assistant, Lana, will again oversee the show’s batch of hopefuls to ensure they stick to the rules and abstain from any kind of sexual contact (or self-gratification) in order to form deeper connections — and to keep the prize money as high as possible, as it is reduced each time a contestant breaks one of the retreat’s golden rules.

Too Hot to Handle Season 3 arrives on Netflix on January 19.

More like this
This 'Emily In Paris' X 'The Hills' Crossover Is Très Chic
By Marenah Dobin
'Love Island's Jess Wynter Is Keen To Avoid Making This Mistake Again
By Sophie McEvoy
'Love Island's Aaron Waters Is Determined To Do This One Thing In The Villa
By Sophie McEvoy
'Love Island's David Salako Is Determined To Hide His Secret Talent
By El Hunt
Get The Very Best Of Bustle/UK
Sign up for Bustle UK's twice-weekly newsletter, featuring the latest must-watch TV, moving personal stories, and expert advice on the hottest viral buys.