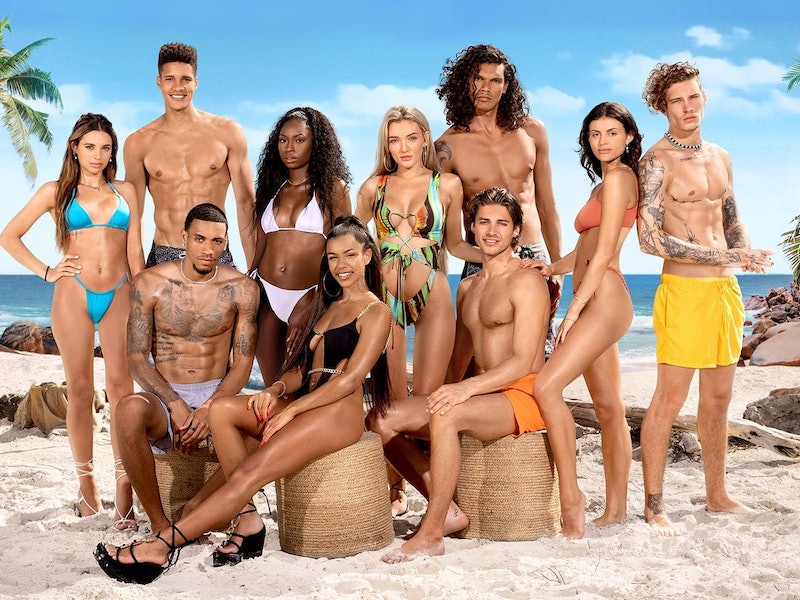 Netflix’s Too Hot to Handle has a pretty gimmicky premise: a group of gorgeous singles are sent off to stay in an equally gorgeous beach villa, where they’re not allowed to partake in any sexual or intimate activity. If any of them break the rules, their communal prize money of $100,000 will deplete — and continue to drain with each instance of rule-breaking.

Following its premiere in April 2020, the show was critically panned (Season 1 holds a 37% critical rating on Rotten Tomatoes), but the bonkers setup was enough to get people to tune in. Quite a lot of people, in fact. According to Business Insider, Too Hot to Handle become one of the 10 most-viewed shows in Netflix’s history, and the streaming service renewed it for two more seasons in January 2021. To fool potential contestants, the working titles for Seasons 2 and 3 were inconspicuously named “Parties in Paradise.” Only after the cast arrives at the villa will they learn what they’re really in for.

Season 2 debuted on June 23 and season 3 is right around the corner. Here’s what we know so far.

The Too Hot to Handle Season 3 Premiere Date

Brandon Riegg, Netflix’s VP of unscripted and documentary series, told Variety in January 2021 that Season 3 had already begun filming, so production on the new season wrapped a while ago. And after revealing in August that the new season would premiere in winter 2022, the streaming service kept its word. Too Hot to Handle will return on Jan. 19, which means we’re less than one week away from another round of no kissing, no heavy petting, no self-gratification, and no sex.

The Too Hot to Handle Season 3 Cast

Netflix recently revealed the new Too Hot to Handle cast and it seems like the contestants will be just as unruly and debaucherous as in Seasons 1 and 2. In addition to narrator Desiree Burch and Lana, the sentient, colorful, and robotic cone who penalizes the cast when they break rules and pushes them to grow as people, the season will feature 10 new singles from around the world who will surely break the rules.

The Season 3 cast is as follows:

The Too Hot to Handle Season 3 Filming Location

Season 1 was filmed at the Casa Tau resort in Punta Mita, Mexico, while Seasons 2 and 3 were filmed at the Turtle Tail Estate on the Providenciales island of Turks and Caicos.

The Too Hot to Handle Season 3 Trailer

Netflix released the official trailer for Season 3 of Too Hot to Handle on Wednesday, Jan. 12, exactly one week ahead of the premiere. The two-and-a-half-minute preview begins with many of the contestants open to finding true love — that is, until they find out they’re not allowed to have any physical contact.

“I don’t want to be doing this with anyone but you,” one contestant says. “This is the first time in a long time that I’m open to love,” says another. But soon enough, they start breaking the rules. Truth admits to kissing Izzy, Georgia confesses that she loves bad boys, and Stevan wants to call his mom and go home. But there is one compelling reason to stay: Lana has doubled the prize money. Yep, things just got interesting.